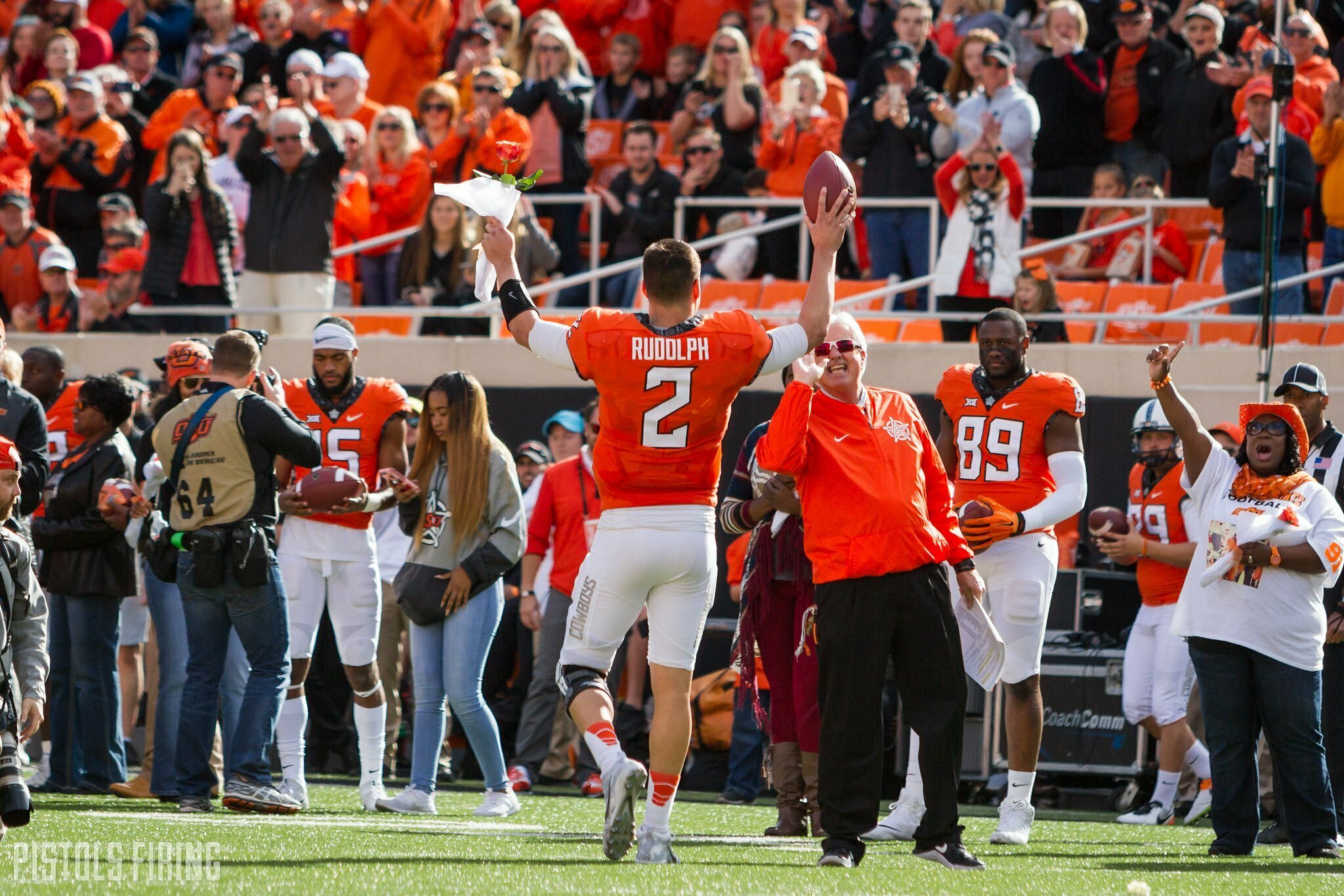 Continuing on with my look at successful plays from Oklahoma State’s 2017 season, I’ll again be looking at another concept from the Pittsburgh game. The two previous posts from this matchup can be found below:

For this breakdown, I’ll be discussing OSU’s trips, or three-receiver, two-man stack formation and one specific concept they ran against Pitt out of this look. I’ll be looking at both run and pass plays throughout this series, but when discussing the passing game, I believe we could see a lot of these concepts utilized in the upcoming season. As I mentioned in a prior post, coach Wesley Ross wrote about attending practice earlier this year and noticing a lot of passing designs from that season. In addition, 2020 will be the first season the Cowboys have a quarterback with more than one year of starting experience, which will most likely result in the playbook expanding.

Now, let’s get to the play.

The diagram I drew up below gives you the basic outline of this concept. 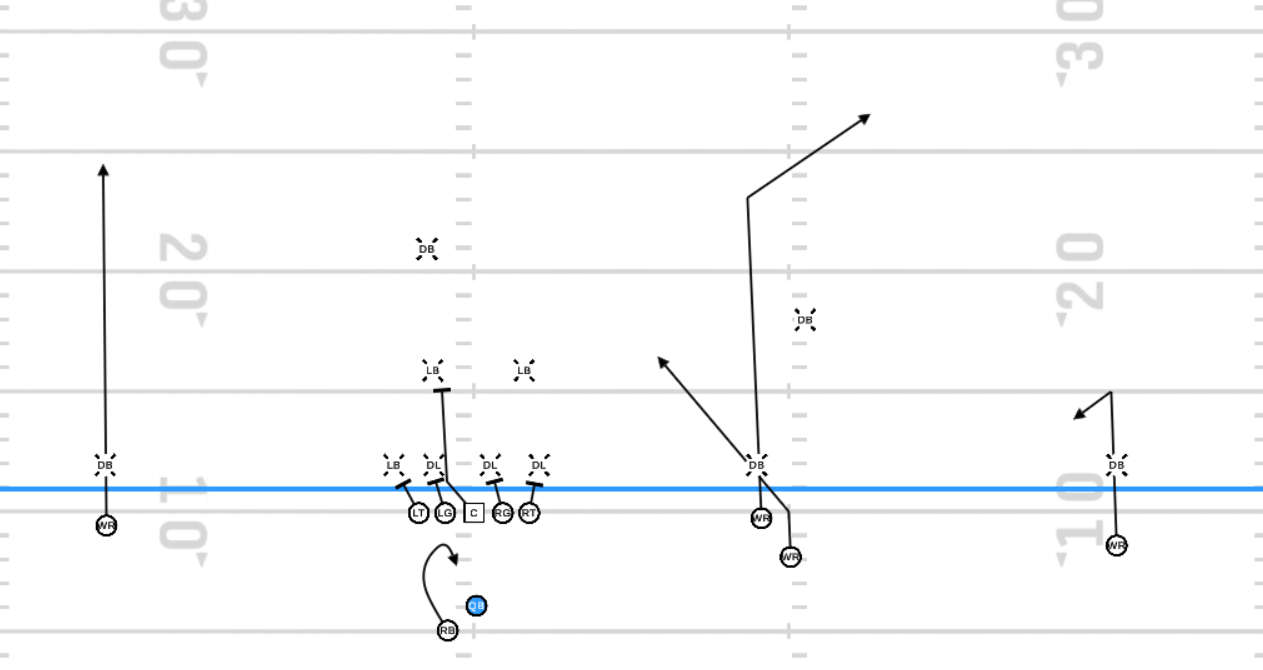 As you can see, the two inside receivers to the right hand side are stacked. I don’t remember seeing this very much from former OSU offensive coordinator Sean Gleeson’s offense last season, but it was something utilized fairly frequently from the Mike Yurcich offenses of the past. This stacked look allows the receivers to get free releases, especially the receiver farther away from the line of scrimmage, as the defense is not able to play tight, press coverage on this player.

The route concept to the trips side resembles an Air Raid staple, “Y-Corner”. See an example below of a typical Air Raid Y-Corner concept. 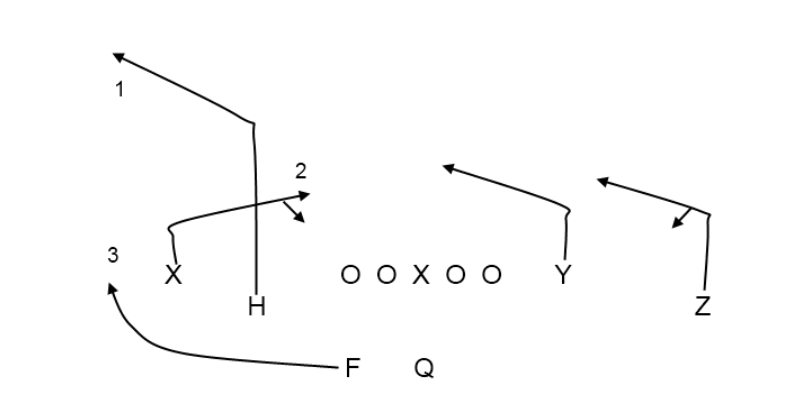 Additionally, the Cowboys give the quarterback the option of throwing a shovel pass to the running back. Think of this shovel pass concept as a sort of “draw” play, or a delayed run which initially looks like a pass, with the center blocking the linebacker at the second level for the back after he initially combo blocks the guard. This is shown in the first diagram of this post.

I believe the quarterback’s decision on whether to throw the shovel pass or the slant to the inside receiver is a pre-snap read. I’ll explain this more in the video below.

Below is another angle of the same play.

Based on the film the Cowboy offense watched earlier in the week, this look tells QB Mason Rudolph to throw the slant. If he were to get a look like the one in the image below, with the DB no longer in press coverage over the inside receiver, he may decide to throw the shovel pass to the running back. 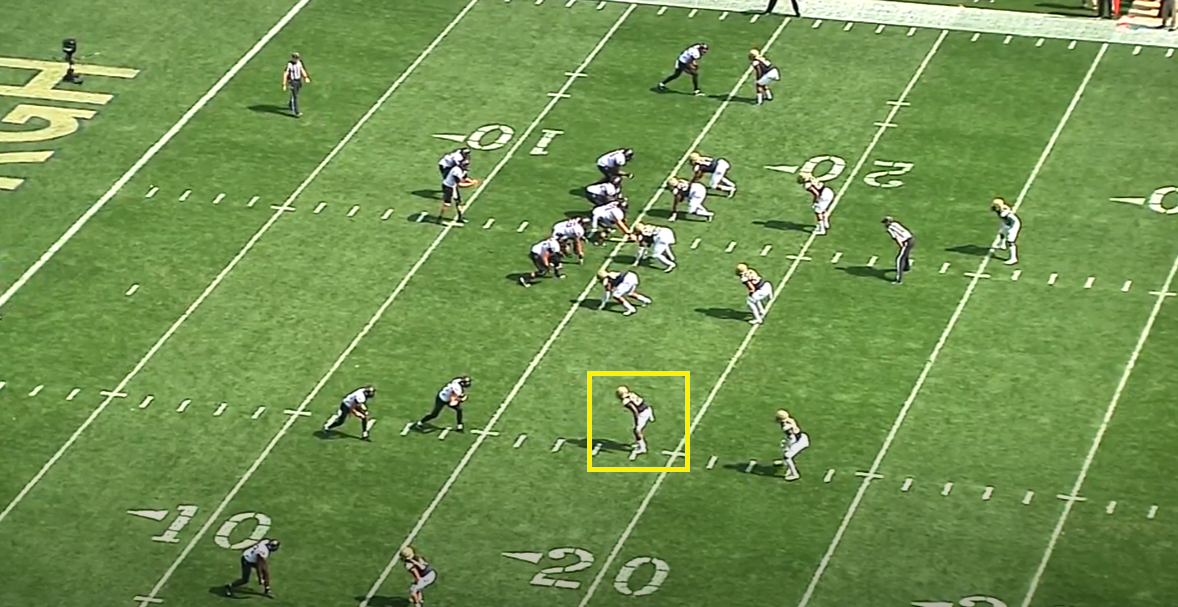 The Pokes also have other run-pass option (RPO) style plays which feature the shovel pass, as you can see in the below tweet from Pro Football Focus’ Seth Galina.

p cool RPO draw from OSU except with the shovel action instead of the handoff. You want your read defender to bail? Have the RB step up like he's really in pass pro. I think the fullback is not supposed to block the guy he ends up blocking though pic.twitter.com/4YqWcs6izM

I personally think these stacked inside receiver formations are very effective, and I think we will see them involved in the Kasey Dunn game plan this upcoming season.