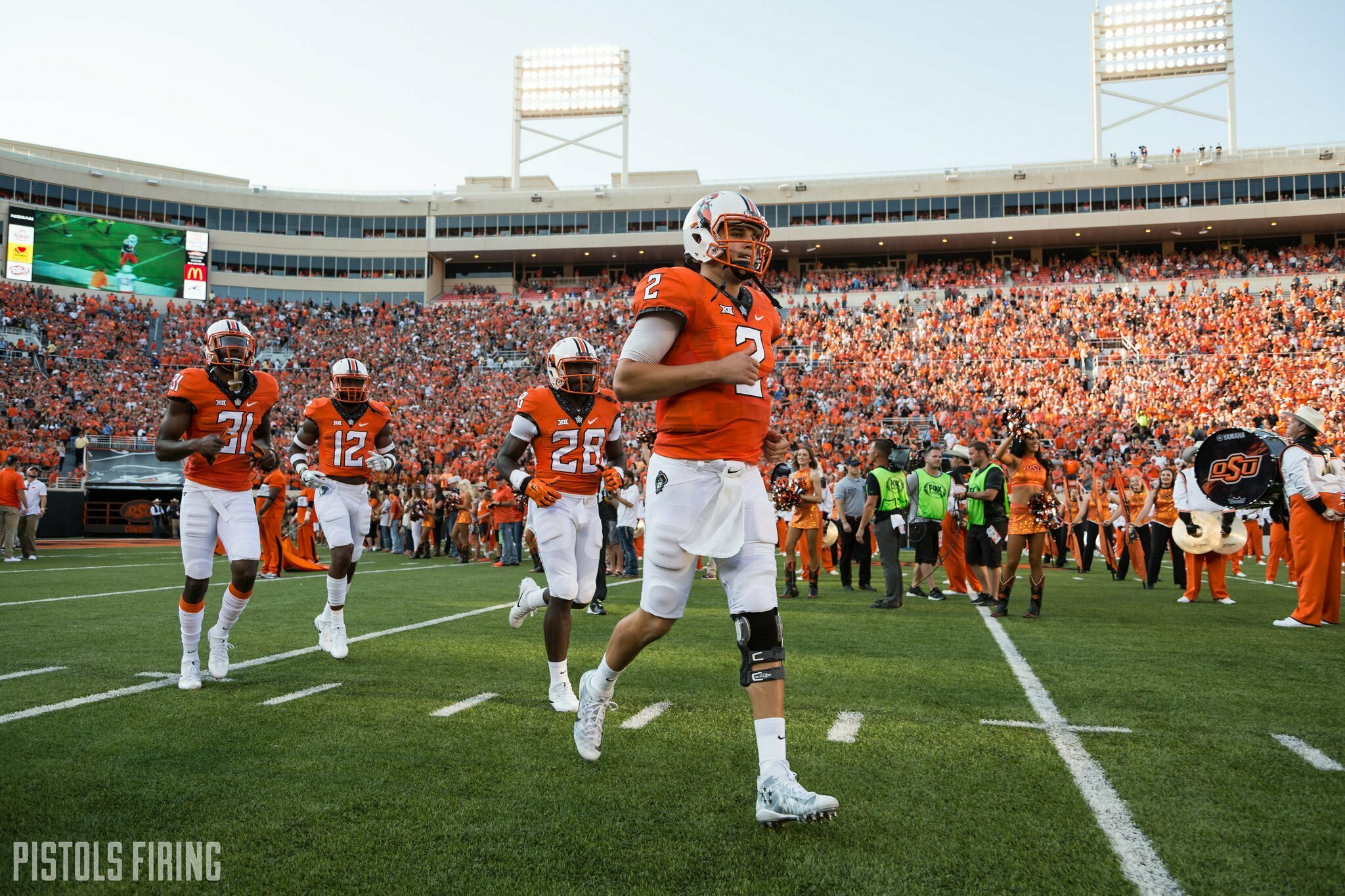 I was reading a recent article from Wesley Ross, a high school football coach in Texas, about the Oklahoma State passing game in 2017. In the post he notes that he was able to visit Stillwater earlier this year and attend practice. After reading this, I thought it might be a good idea to look back at the 2017 season, not only because Ross mentioned it, but it was also the last time the Cowboys had a starting quarterback who wasn’t in his first season as QB1.

The Cowboy offense had a three-headed monster that season in wide receiver James Washington, running back Justice hill and quarterback Mason Rudolph. And, although current quarterback Spencer Sanders has some work to do if he wants to get to Rudolph’s level, the 2020 offense with him, running back Chuba Hubbard and wide receiver Tylan Wallace will have fire power comparable to that 2017 team.

This series of posts will be a continuation of my “successful plays” series, but I will start looking game by game at the Pokes’ 2017 offense, and maybe some defense, and breaking down what went well during that season. If you want to read my other articles in this series, they can be found below:

Now, I wanted to talk about a specific running concept from the Pittsburgh game in 2017, the Jet Bash GT Counter. There’s a lot going on there, but I’ll break it down in detail and provide some videos below. First, we’ll take a look at a diagram of the play:

Let’s first talk about the “GT” portion. The GT stands for “Guard/Tackle” and it means the guard and tackle are both going to be pulling around the outside, as you see the right guard and right tackle are doing in the image above. The rest of the line will “block down” or away from the pulling lineman, which is done by the left tackle, guard and center above.

The “Jet” portion of the play is the motion you see from the inside receiver on the trips, or three receiver, side of the formation. You’ll notice the Cowboys like to use this motion in many different concepts throughout their game plan. Before we get to the “Bash” portion of this play, let’s take a look at an example of this play in the following video.

This play is successful because there are a lot of moving parts for the defense to digest, and it can cause defenders to get out of position. With the pre-snap motion and the post-snap pulling linemen, there’s a high probability someone on the defense will take a wrong first step or a bad angle.

Later in the game we see OSU run the same play, only this time instead of using the running back as a blocker, he gets the handoff and follows the pulling guard and tackle. You’ll see this in the below clip.

The next video gives a different angle of the same play.

Okay, now back to the “Bash” portion of this play. The Bash running concept stands for “Back Away”. The quarterback and the running back (or wide receiver in jet sweep motion), switch responsibilities. The QB will follow the primary run blocking, and the RB/WR will run away from the blocking around the outside. So, as you can see, this applies more to the first clip. The Cowboys didn’t do this with Rudolph, as he’s not a runner, but the diagram below shows what can happen if you have a QB that’s a talented runner. 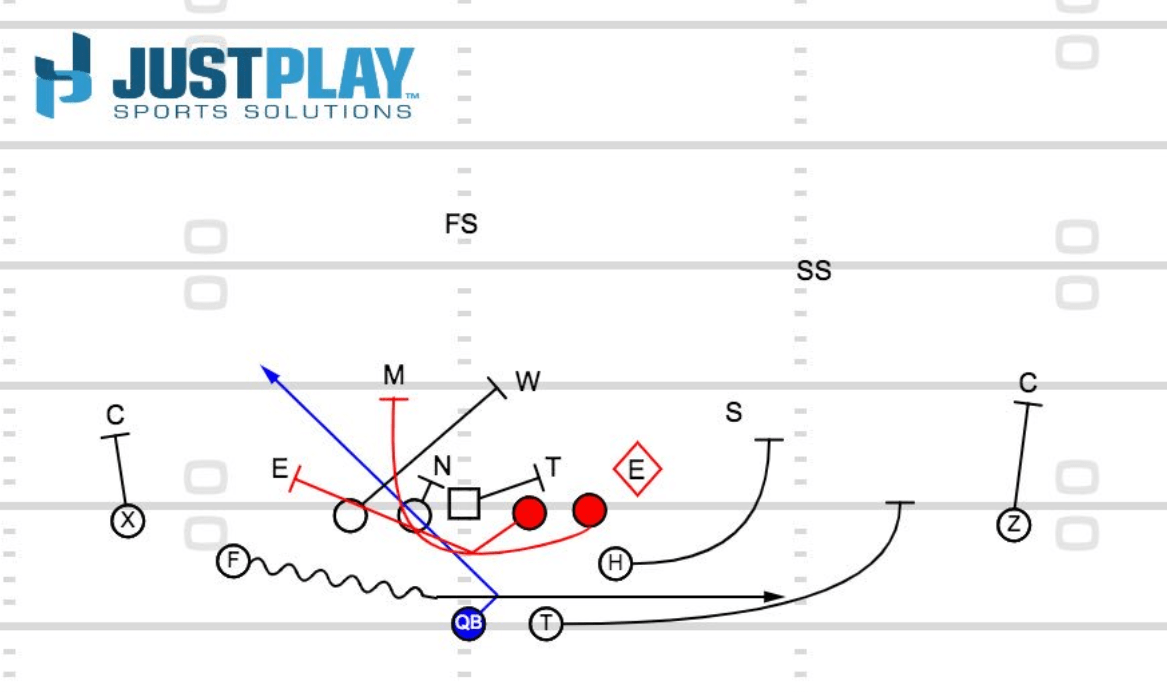 In the clip below, you’ll see the Pokes run GT Counter Bash, without the Jet motion, last season against Kansas. Sanders fakes the handoff to Hubbard on the sweep, and follow the pulling guard and tackle.

With Sanders’ running ability, and the fact that this play has been a part of the offense for a while, I think we’ll definitely see offensive coordinator Kasey Dunn add this to a few game plans this upcoming season.