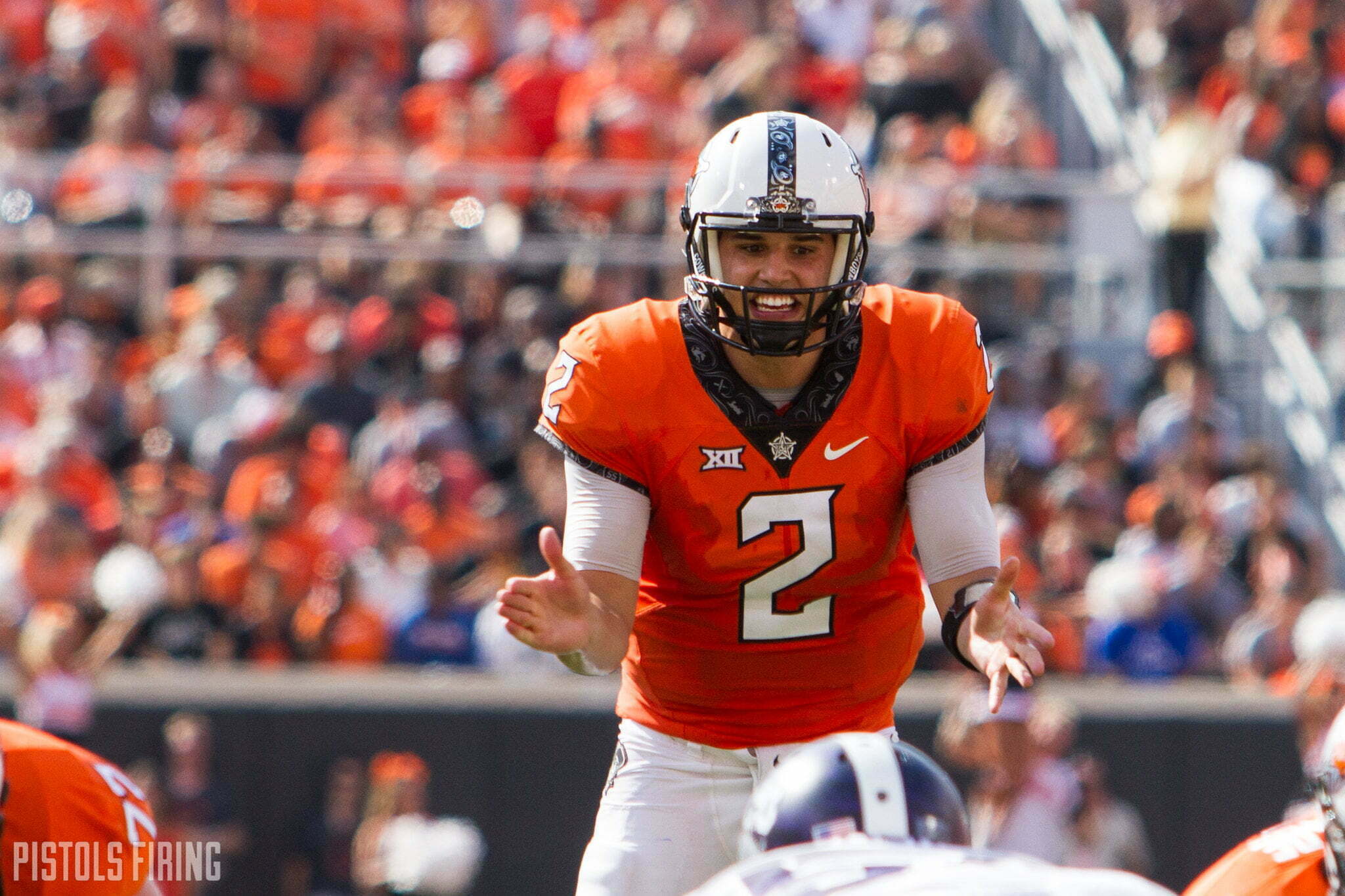 Building off of my post from earlier this week, I’m taking a look at another successful play from Oklahoma State’s 2017 matchup with the Pittsburgh Panthers. As a reminder, I’ll be going back through the 2017 season and breaking down interesting plays from that season.

For today’s play, I’m going to touch on a run-pass option (RPO) which led to an OSU touchdown against Pitt. This play uses a similar running concept to what was utilized in yesterday’s Jet Bash GT Counter post.  See the diagram below for OSU’s Counter RPO.

You’ll also see this type of play referred to as a “Counter Trey RPO“, and Ted Nguyen of The Athletic refers to it as “Counter Dagger RPO.” Counter Trey is in reference to two backside pulling blockers, a total three offensive players, attacking the defense to that side while the rest of the line blocks down, as you can see in the image above with the right guard and tackle pulling (GT, guard/tackle, Counter).

Nguyen uses the term “dagger” to describe the pass concept tagged along with the counter running play.  Dagger refers to a route combination which includes one vertical route (seam) from an inside receiver, a drag route from the backside and a dig route from the “X” or primary receiver. See an example of a this concept in the image below. 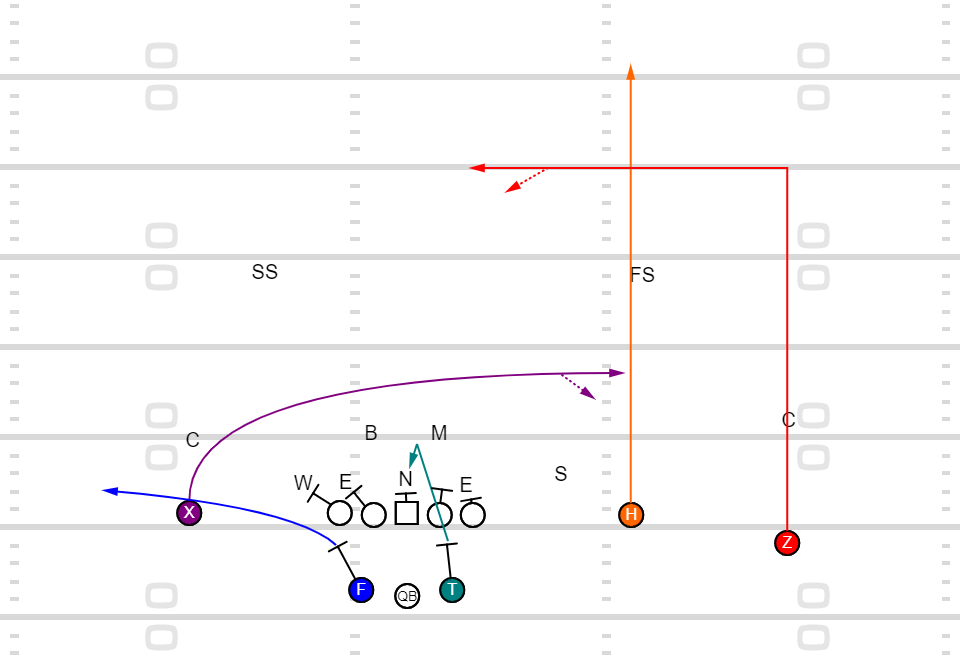 You can see in the first diagram, the weakside receiver is actually blocking for the counter run, so it doesn’t include all the routes of a typical dagger concept, but it does include two of the main ones. In addition, we see a bubble route from the number two receiver on the trips, or three-receiver, side in the first image of this post.

Now, let’s get to the specific play from the Pitt game in the following clip. This is my interpretation of the play, although there may be other options to this concept.

As you can see, the route combination here works perfectly as one defensive back is playing the bubble route from the number two receiver and another DB is playing the dig route by the number one receiver. With the only other closest defensive back on the other hash, the seam route is wide open. If the SAM were to drop back into coverage, quarterback Mason Rudolph could’ve handed the ball off to the running back and let him follow the counter blocking scheme.

Below is another angle of the same play.

I definitely think we see this play pop up next season. As Adam Lunt of the Tape Doesn’t Lie Podcast pointed out to me, the dagger concept has been pretty prevalent in the OSU offense in recent years, and this RPO puts some real stress on the defense. It’s got all the makings of a big play waiting to happen.