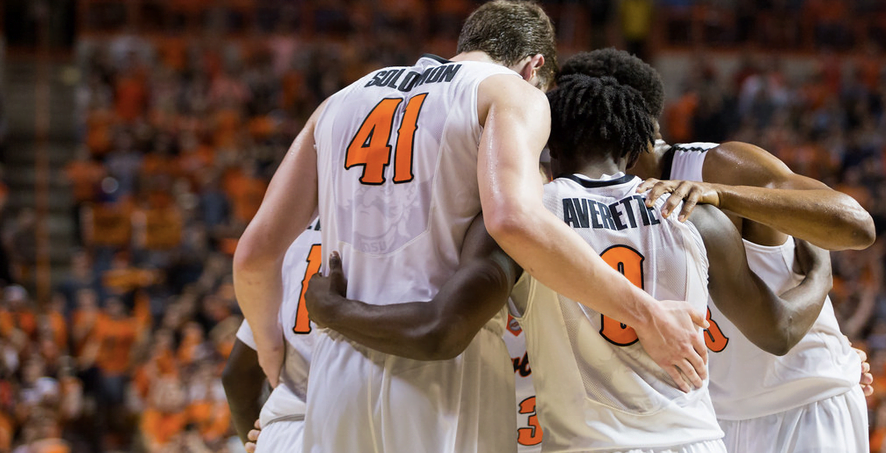 Winners of 10 of its last 11 games, Oklahoma State raced past Texas Tech on Saturday afternoon 80-63 to improve to 9-7 in Big 12 play. After opening conference play 0-6, what a corner this team has turned.

Let’s look at the five numbers that shifted OSU’s latest win in favor of the home crowd, and some other interesting numbers from a team now destined for the NCAA tournament.

Oklahoma State is 6-1 in February under Brad Underwood — and the month isn’t over yet.

100%: Oklahoma State was perfect from the free throw line today, which is amazing, because it wasn’t just a 5-for-5 or 10-for-10 day. The Cowboys made all 22 free throw attempts against the Red Raiders, with 7 players making trips to the charity stripe.

29.4%: Nope, that’s not OSU’s 3-point percentage. Nor is it their field goal percentage. That’s Oklahoma State’s turnover percentage against the Red Raiders — who coughed it up 20 times on the day. That’s staggering, given OSU’s personnel of Jawun Evans and Brandon Averette getting a solid run down the stretch. But surprisingly, it’s an area (in terms of percentage) that OSU struggles with. KenPom data says OSU turns the ball over 19 percent of its possessions — good for 197th (out of 351) teams in the country. Considering Oklahoma State commands the No. 1 ranked offense in the country, that number seems to be dangerously too high.

All in the second half.

Look, I’m all for second half Jawun Evans taking over late in games, but I’d sure as heck like to see it happen a little bit earlier. He didn’t score a single point in the opening frame, and it turns out, it didn’t matter early in helping OSU build a 18-point halftime lead. But this seems to be emerging as a trend for Evans. Second half Jawun is hard to stop when he’s attacking and looking for his shot. If we can get second half Jawun to be all game every game Jawun, he might well make a case to be one of the league’s best players. Right now, he’s top 5.

35: Leyton Hammonds played the most minutes of any OSU player today. And while he was underwhelming offensively (1-of-10 from the floor), he is making a case as one of OSU’s most irreplaceable players.

When Solomon gets into foul trouble, as he is want to do, Hammonds has the versatility to step into Underwood’s small ball lineup at the 5. And when Underwood goes jumbo, Hammonds can play at the power forward or even at the wing position in some lineups. He’s fourth on the team in minutes played per game, and while I, along with everyone else, would like to see him more consistently productive on offense, I think his ability to play and guard any position is something that goes overlooked.