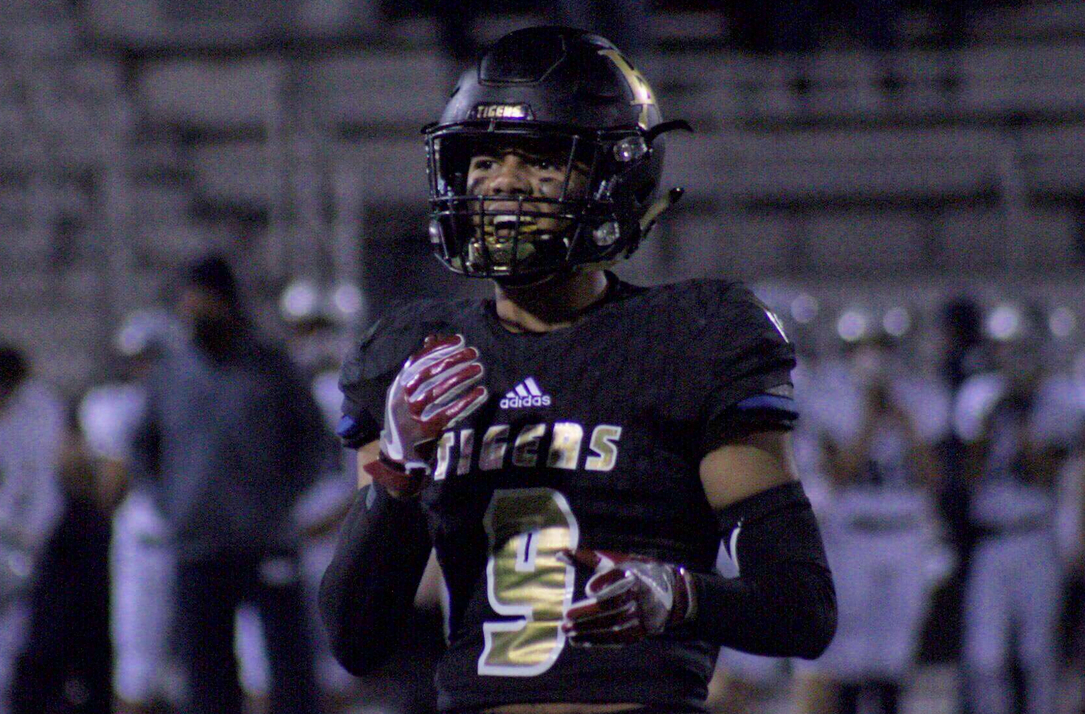 Texas is where Oklahoma State gets the majority of its roster. This will likely never change, whether they are in the Big 12, the SEC or the Ivy League. But the rise of quality football in Oklahoma has paved the way for OSU to mine a locally-grown crop of talent as a reliable supplement.

2020 figures to be quite the crop, too, though time will tell if OSU is as successful. There are more than a dozen players that have legitimate Division I hopes at the high-major level that could realistically warrant an OSU offer down the line. For now, though, I’m going to look at five to know as the 2020 cycle rolls on now that the 2019 cycle is (almost) in the books.

About him: Raym is a former five-star that slid down to four-star status, but make no mistake, he’s a blue-chipper. Ranked as the No. 56 overall prospect in 2020, he’s a dominant 6-5, 300 pound offensive lineman from state title-winning Broken Arrow. A one-time OU commitment, he holds more than a dozen offers from the likes of OSU, LSU, Michigan, OU, Notre Dame and more. He decommitted last year from OU shortly after a trip to OSU.

Blessed see another year, #17 ‼️?Wouldn’t be where I’m at today with my fam! pic.twitter.com/L5FYlJMuWa

About him: Slusher, Raym’s teammate, is every bit the star Raym projects to be. The 6-foot, 181-pound corner was an integral part of Broken Arrow’s state championship season, and his recruitment has been soaring ever since with offers from OSU, Baylor, Arkansas, Oregon and others. OU might be the wild card, but the Sooners haven’t offered … yet.

No matter what you’ll always be my coach and like family! You was the first one to believe in me when I got to BA. Crazy how people work but everything happens for a reason and bigger things coming your way. You know the players will always have love for you. Loyalty runs deep ? pic.twitter.com/FOmqRllkIQ

About him: My favorite running back prospect in the state. Morrison is explosive, shifty, and productive. Home run hitter with a HUDL film I’d liken to Justice Hill. Not one-dimensional and really, really physical.

Thus far Arkansas, Baylor, Nebraska, Mizzou, and several others have jumped in the mix. Neither OSU nor OU are in the mix just yet, though he has taken visits to both. He’s a 6-foot, 193 pound kid who is still growing but already fit with a physical frame to withstand the blows of the Division I level.

About him: The word around Hester is that he’s all OU, which may explain why OSU hasn’t entered the mix despite him being a bonafide top-100 talent from Booker T. Still, receivers have tons of success at OSU, and for a 6-3, 175-pound player of his ilk, Stillwater could be an intriguing fit for him. Right now OU, Arkansas, Michigan, Baylor, Iowa State are his big offers.

About him: Standing at a stout 6-1, 190, Richardson has garnered offers from Arkansas, Missouri, Memphis, TCU and Iowa State, and more likely on the way. I slightly prefer Morrison over Richardson, but I think both would make for good fits at OSU.

I’d be remiss if I didn’t note the son of OSU’s head coach, quarterback Gunnar Gundy, who plays at Stillwater High School. He doesn’t have any offers just yet, but has reportedly picked up some high major interest after a breakout junior season.

He’s one to watch, as is his favorite target, Anthony Bland, who is rated as a three-star prospect. He has offers from BYU and San Diego State, and at 6-2, 190, has pretty good size for a pass-catcher. His mother is the on-campus director of recruiting at OSU, so he, too, has some strong OSU ties.