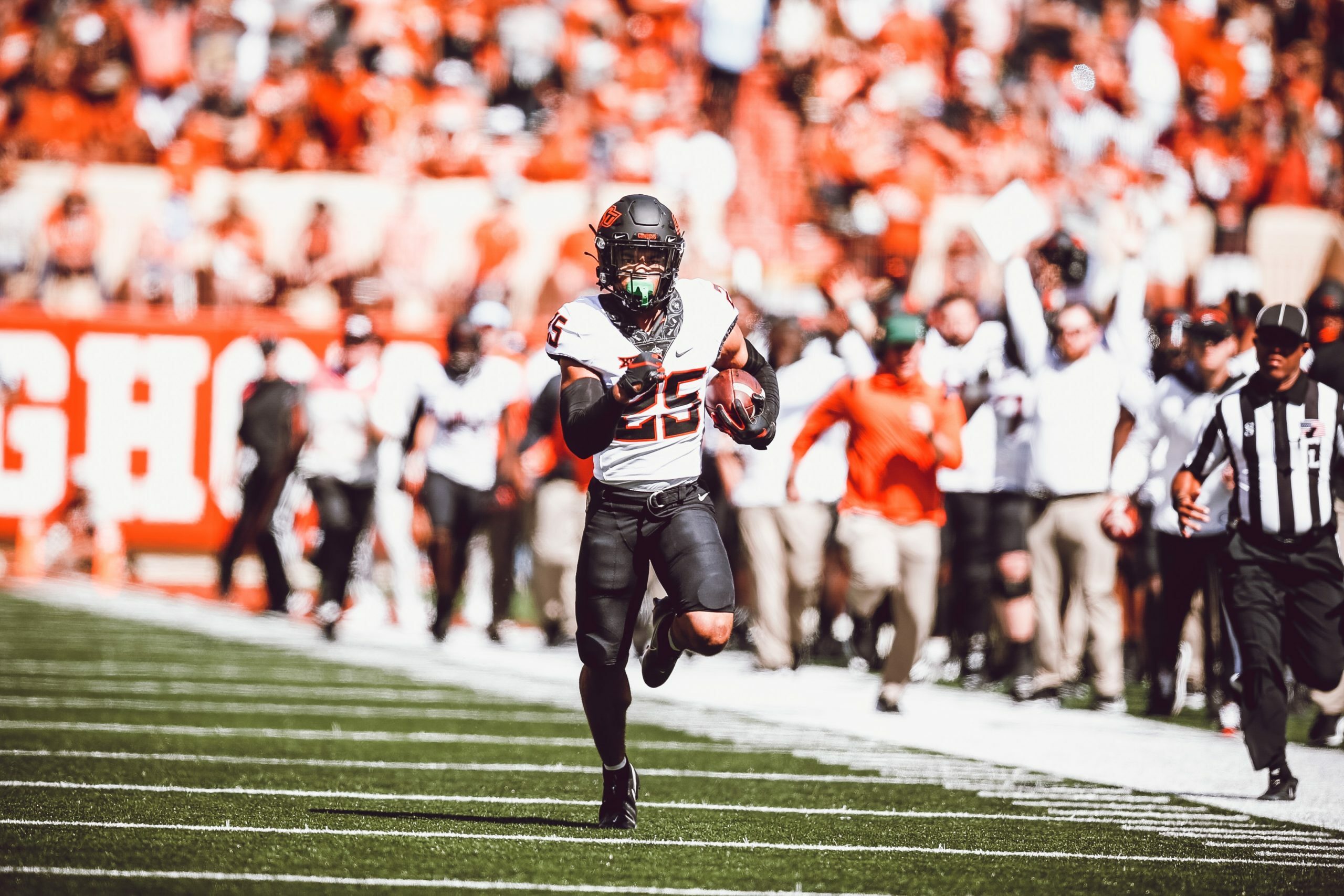 The Cowboys earned a huge road win over Texas to move to 6-0 for the first time in six years. It was a game full of ups, downs and momentum shifts. But I narrowed down the five plays that changed the course of the game and led to the comeback win.

This one is really more of a representation of a game-deciding stat, an icon for the Cowboys’ dominance as a defense.

Texas came in ranked second in the league in third-down conversions at 51.9 percent, but the Cowboys defense came in allowing a Big 12-best 28.4 percent. One thing had to give and it wasn’t going to be Jim Knowles’ group.

This was the first of many third-down stops by the Pokes, who held Texas to just 4-of-14 on the money down (28.6 percent). It was plays like this that kept OSU in it while its offense sputtered early and it was a low-key defining moment early.

On to a play that was anything but low-key.

We’ll stick with OSU’s defense for maybe the biggest play of the first half of the season. Jason Taylor has a nose for the football — and the feet to get it to the end zone.

This was a huge play not only on the scoreboard — it was OSU’s only touchdown in the first three quarters and it came as Texas was at the encroaching on the red zone — but it also provided a huge momentum swing at a time when Texas threatened to run away with the game.

It’s worth a second look and listen with Dave at the call.

The Cowboys weren’t completely void of offensive plays, but this one will have to suffice for this list because of its weight.

OSU’s offense didn’t find the promise land in the first three quarters and I was starting to wonder when they would again. But this nice drive orchestrated by Kasey Dunn and Spencer Sanders, ended with the latter finding Brennan Presley in the end zone to pull within two of the Longhorns.

Oklahoma State’s freshman was thrust into action early due to injuries, and he’s been turning heads since.

On Saturday he came up with a huge sack to facilitate a three-and-out and end the UT drive directly following OSU’s fourth quarter TD.

After the game, Mike Gundy pointed to this play as one of the most important of the game.

“I’ll tell ya, the other one is, there was an important time when (Collin Oliver) got a sack, too,” said Gundy. “I don’t remember the situation, but in my brain, I just remember, ‘This is a big deal.’ That’s pretty good for a freshman down here like that to beat a guy and make a play like that.”

Brock Martin made an impact in his return from injury.

Just three weeks after leaving the game with a dislocated elbow, Martin used both arms to wrap up Casey Thompson and hand the ball back to his offense, which scored a touchdown on the ensuing drive. (I almost took a week off of keyboard typing after just witnessing a dislocated elbow.)