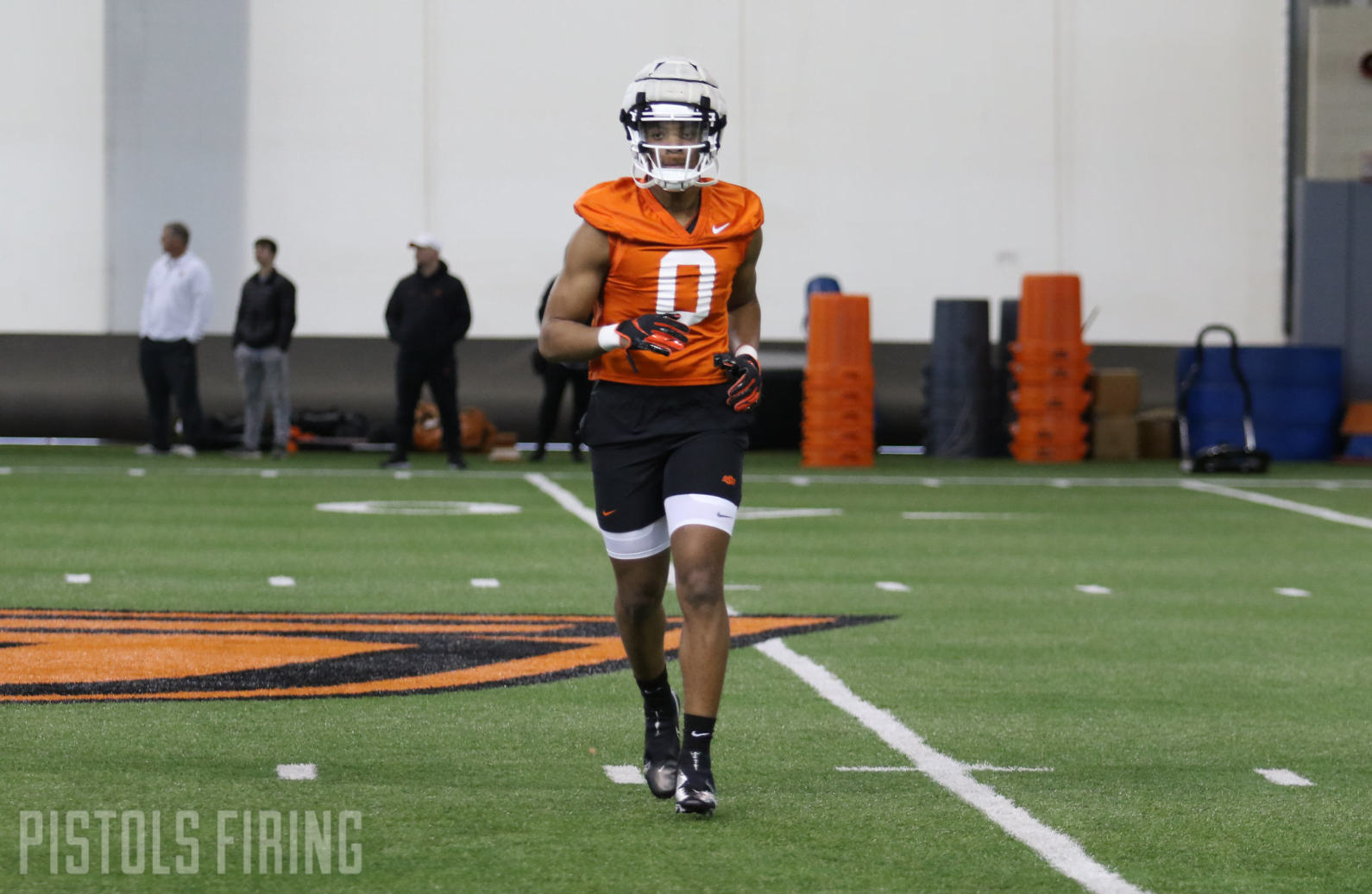 The chances a newcomer — especially a freshman — makes an impact upon arrival in college football these days given how old the sport has gotten is pretty darn slim. Fifth and sixth year players are routinely appearing on rosters and with COVID-year exceptions, the average age of players is getting older and older.

But ya better believe that in Stillwater this season, newbies will be difference-makers.

The Cowboys signed an electric recruiting class with weapons that will probably be so talented they won’t be able to be held off the field. Here are five incoming freshmen who, because of that, I think may wind up carving out roles for themselves in 2022.

There was a time not long ago that Shettron, once OU-bound, was considered a five-star talent. His ranking dipped to four-star status, but he still finished as the highest-ranked signee in OSU’s 2022 class. Great size, amazing body control and impressive hands — the complete package, really — for one of the future cornerstones of OSU’s receiving corps. Even as loaded as OSU is at the position, he could be in line to make an impact.

The younger brother of OSU’s Brennan Presley, Braylin is an electric swiss-army knife who can play running back, slot and special teams. His ability to carve up defenses with an array of moves has him on track to be a candidate in the return game either in punt or kickoff.

OSU’s lack of depth at running back opens up the potential for Gordon (and CJ Brown, who we will get to in a sec) to play instantly as a true frosh. At 6-foot-1 and about 220 pounds, reports out of camp earlier this year were that he looked the part — despite being a rookie. His skill set as a grounder and pass-catcher should give him a leg up to play in some capacity at RB.

Gordon and Brown were four-star high school prospects at running back, so given the state of the position currently, and how much it lacks experience, I like both of their chances to potentially get on the field. Brown is more of a speedster — a change of direction back — but his production in high school was staggeringly good. He and Gordon both rushed for more than 2,000 yards as seniors.

D.J. McKinney turned heads this spring. Just a three-star recruit out of Colleyville Heritage (Texas), McKinney picked the Pokes over offers from Arkansas, Baylor, Arizona and others, and early reports have him being an unexpected gem of the class. With how inexperienced the Cowboys are on the back end of their defense, don’t be surprised to see the freshman corner work his way into some snaps.