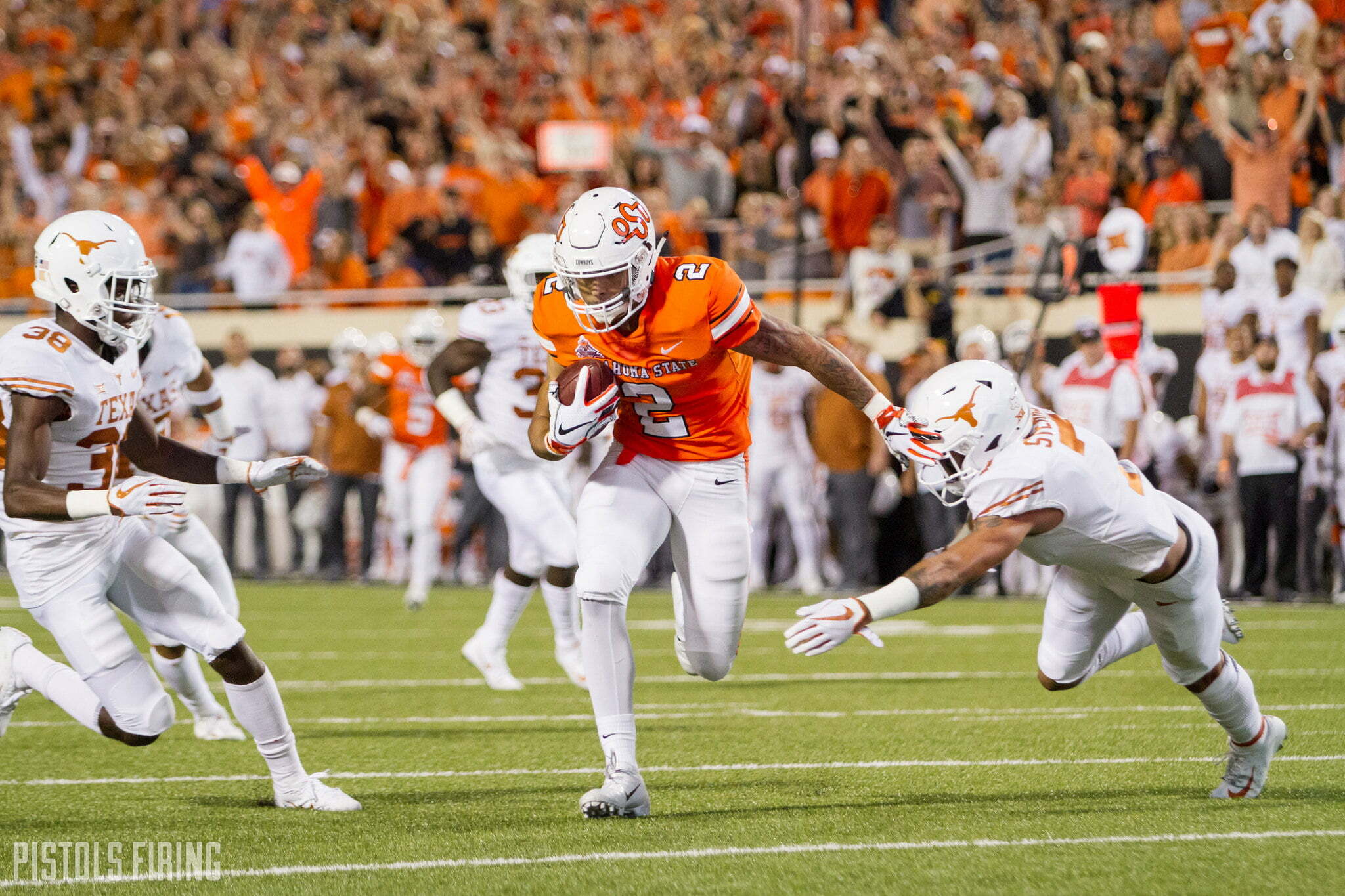 When you look back on any football season there are a handful of plays that — if the ball had bounced the other way, a pass is thrown correctly, or a catch is not dropped — could make the difference between six wins and 10. The case could also be made the other way pretty easily. I’m certain the 2015 Cowboys were five plays from ending 7-6.

So in an effort to try to make some sense of this fluky 2018 Cowboy team — or at least for the sake of nuance and context — let’s take a look at five pivotal moments that shaped the trajectory of this team, both for the good and the bad.

Heading into Homecoming, there were rumblings of a possible QB change, and it wasn’t just the over-the-cooler banter from the PFB tailgate. The Cowboys had an entire bye week following that dreadful performance in Manhattan to lick their wounds, while some of them continued to fester. There was no reason to be confident that this team would show up with a pulse, even against a top 10 Texas on that big weekend.

Then on the fourth play from scrimmage, Cornelius took hold of his own destiny by the horns, and he did so with the whole nation watching.

With this dart and subsequent elusive 40-yard dart and score by Tylan Wallace, Corn’s doubters were temporarily silenced.

He could have still thrown interceptions on the next three drives and we might have then seen the start of the Dru Brown era, but all the momentum was going in Cornelius’ favor and it started with that quick strike.

The night was his, and this was just one of the thrilling plays that showed it. I still think this was Cornelius’ best game as OSU’s quarterback. I do wonder how things might have shaken out differently had a QB change been made, but we will never know. Either way, this was a huge play for OSU’s season.

This one just sticks with me. After falling behind by 12, the Cowboys had pulled back within 5 with a chance to take the lead mid-way through the fourth quarter. Then Cornelius dialed up his No. 1 target, Wallace in-stride with a step on his man.

I’m not sure whether or not he would have gone all the way on that play, but the drive did stall one snap later, and it only took three for Brock Purdy to get into the end zone and extend the lead on the ensuing drive.

Cornelius did throw an interception on the very next Cowboy possession. Maybe that play should be in here, but this drop showed that even Superman was human, and the effects of that realization are still felt.

“If you don’t love me at my missed 2-point conversion attempts, you don’t deserve me at my top 10 upsets.” — Anonymous

Taylor Cornelius’ time as OSU’s starting QB was as enigmatic as it was (is) polarizing. I won’t apologize for talking about it too much. Quarterback is the most important position on the field (just listen to any Mike Gundy press conference before 2018), and OSU didn’t handle it all that well.

That being said, Cornelius played one hell of a game in Norman. I still call Texas his best game because of the final score. Football, more than most businesses, is results-driven and this following video — warning: contains sensitive subject matter — will forever be tied to this season and that QB.

Maybe OU gets down the field in a minute with at least enough time for the game-winning field goal. *Remembers the Sooners have the best offense in America* Okay, it was perfectly set up for Kyler Murray to lead a game-winning drive, but this play sucked the life out of a team and a fanbase who watched their team go blow-for-blow with Goliath.

4. The Finish at Baylor

There were countless what ifs from this game. Actually, we could count them. There were 12 penalties ?, the majority of which were senseless and avoidable. Then there was “a special teams blunder” as Mike Gundy termed it that resulted in a 2-yard Baylor TD. Then the blocked field goal. What am I forgetting? Oh, yeah.

OSU still held a 3-point lead with a minute and a half left. Going for fourth down here was not my biggest gripe. It was the result of said play.

Maybe a more experienced tight end than Jelani makes that block, maybe Stoner could have made the edge had he been given a shot. Regardless, Cornelius has to get rid of the football there. He was prone to take avoidable sacks throughout the season and this one came at the worst time and put the Bears 9 yards closer to their go-ahead score.

If for nothing else, the ending to this game was pivotal in finally abolishing my belief in the “Cardiac Cowboys.” It felt like OSU would actually still win this game. You can still stop them. There’s less than two minutes left. Just typing that out makes me question myself.

Tylan Wallace was coming off a three-game stretch in which he amassed 564 yards and five TDs. But the Mountaineers had held the Biletnikoff finalist to just 51 yards and one score in the first 59 or so minutes of football and held a 41-38 lead over the still bowl ineligible Cowboys.

But big-time players are made for big-time moments. When OSU needed 7 points to take a late lead, Cornelius went to his No. 1 option and he made the play, dragging a defender onto pay dirt.

The Cowboys would hold on and keep their bowl streak alive thanks in part to a *ahem* completely clean and legal play on the ball by A.J. Green. It was a huge play that gave OSU a huge win. And it’s one OSU fans won’t soon forget.