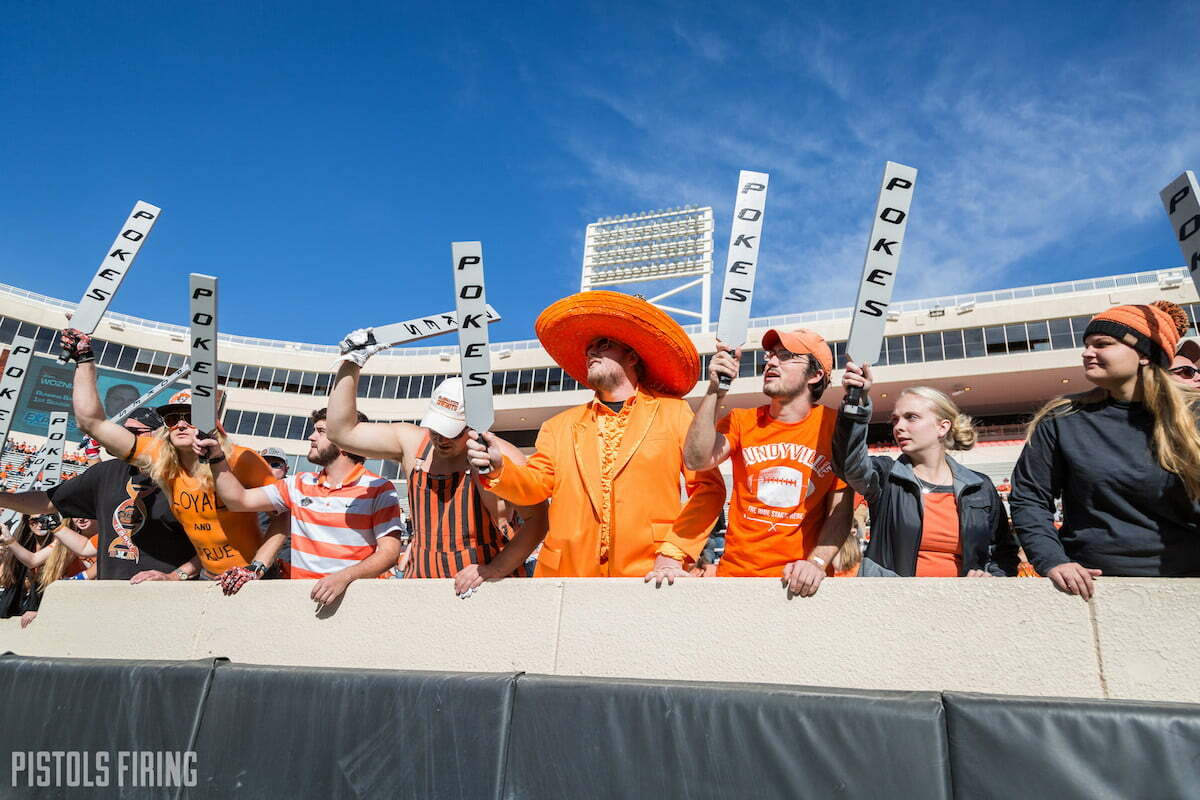 Oklahoma State released its 2018 spring football roster on Wednesday morning, with subtle changes, shifts and absences worth making note of.

So with that, here are five observations about the newly-released spring roster.

Arizona Western linebacker standout Patrick Macon arrived at Oklahoma State as the National Junior College Athletic Association Defensive Player of the Year a year ago. But he was curiously missing for the entirety of the 2017 season, and rumors of his red-shirt season became official with the new roster.

Macon is listed as a redshirt junior on the roster, giving OSU, presumably, its starting middle linebacker to replace Chad Whitener — and a stud prospect who can fill the gap for two years. Letting him redshirt last season was a prudent decision that will give OSU flexibility at the spot moving forward, and allow players like Amen Ogbongbemiga time to develop and grow, too.

A reader email about Tracin taking pics with the WR’s earlier this week brought this to my attention (which I addressed in my mailbag), and now it is official: Tracin Wallace, a stud QB out of Fort Worth, has moved from the QB room to the WR room after a redshirt season, joining his twin brother, Tylan Wallace.

I’m all for it. Tracin had two nasty ACL tears before college playing QB, and based off of a roster this summer that will feature Spencer Sanders,  Dru Brown, Taylor Cornelius and Keondre Wudtee, there wasn’t a realistic chance of him starting any time soon unless it was on scout team.

Tracin is obviously going to have a tough time breaking the two-deep at receiver, too, but I like the switch, nonetheless. He’s talented as all get out, and an intriguing project for WR’s coach Kasey Dunn to take on. How cool would it be to see the twins lining up opposite one another on the field next season?

Keenen Brown, a converted Cowboy Back who arrived at OSU as a four-star WR, is a no-show on the spring football roster. A little birdie hinted that Brown may be eligible to graduate, transfer and play elsewhere, but there’s been no official word on that front.

As for what it means for the Cowboy Back position: everything is up for grabs. Sione Finefeuiaki will still likely be the lead bulldozing back, while Britton Abbott, Baron Odom and Jake Ross all appear destined to battle it out as the primary pass-catcher this spring and into the summer.

Oh, and Jelani Woods’ switch from QB to Cowboy Back as we reported months ago is now official. Lot of talent in the room that will make Jason McEndoo’s job this spring an interesting one.

Neither Hawaii transfer Dru Brown nor Spencer Sanders are set to arrive until the summer, which makes for an, uh, interesting spring battle.

Barring a stunning turn of events, A.J. Green and Rodarius Williams are likely going to be your starters on opening day. But the depth and promising bit of youth at the position is absolutely notable to me.

Behind the projected starters, OSU has redshirt freshmen Kris McCune and Lamarcus Morton, as well as redshirt junior Bryce Balous. And that’s not factoring in the summer arrivals of JayVeon Cardwell and Tanner McCalister, both of which I have high hopes for.

For the first time in a long time, it feels like OSU may not need to check out the graduate transfer market for another body at the cornerback spot. The combination of experience and youth at the position indicates to me that this spot should be set for the next two-to-three years, at minimum.