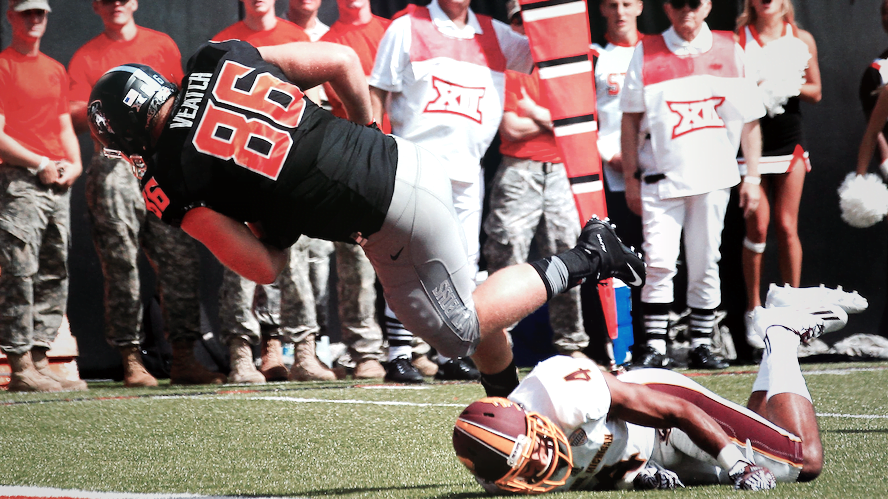 There’s not a lot of ositives to take away from the first loss of the season Oklahoma State took to Central Michigan by way of hail mary. And while we aren’t here to simply pump sunshine on PFB, there are some positive takeaways from the game that could be learned.

The mullet may be a big money-maker for the marketing department, but I have a hard time thinking he’ll hang on to it much longer. And as Todd Monkey said, can’t cut the mullet as long as the Pokes are winning. I’m not even close to the point of pointing the blame on coaches or players, but sacrifices should be made. It’s time to call the stylist and go back to traditional porcupine.

4. OSU’s goals are still in front of them

Was there anyone realistically predicting OSU would march to the college football playoff in 2016 with their abysmal running game and glaring weaknesses across the offensive line?

Fortunately for OSU, their goals in the Big 12 are still attainable. Heck, if OSU makes a run, the CFP isn’t totally out of reach — but it’s a little early to speculate. “We still have a chance. The goal is still attainable. We just have to bounce back from it,” Jordan Sterns said on Saturday. A run for the Big 12 title is still a possibility — everyone starts with a clean slate in conference play.

3. Mike Gundy (and every member on the staff) learned a lesson

If Oklahoma State finds themselves in a fourth-and-one with 5 seconds remaining on the clock next week against Pitt up by 2, I would take a gamble that James Washington direct snap is an absolute certainty. Lesson learned: Don’t let the game come down to a MAC referees decision.

2. Karma is back on OSU’s side

All the breaks last season went the Cowboys way, including a first down that was awarded in the Kansas State game that shouldn’t have been that led to a TD. But Oklahoma State put a major deposit in the karma jar Saturday, awarding a MAC team a win when the game should have ended in OSU’s favor. Perhaps it will come full circle for the Pokes later down the line when they need a break to go their way.

1. Mike Holder is the man

Call it doing his job or just good PR, but Mike Holder was in peak form on Saturday. Despite the MAC and Big 12 ruling the outcome of the game was final, Mike Holder’s statement afterwards was really exactly what you want to hear from the AD.

“In my mind, it is incomprehensible that a misapplication of the rules after time has expired can’t be corrected.”

And in an updated statement, he had zero chill with the politics involved.

‘The final score shows that Oklahoma State lost the game but that doesn’t mean I have to agree with it.”