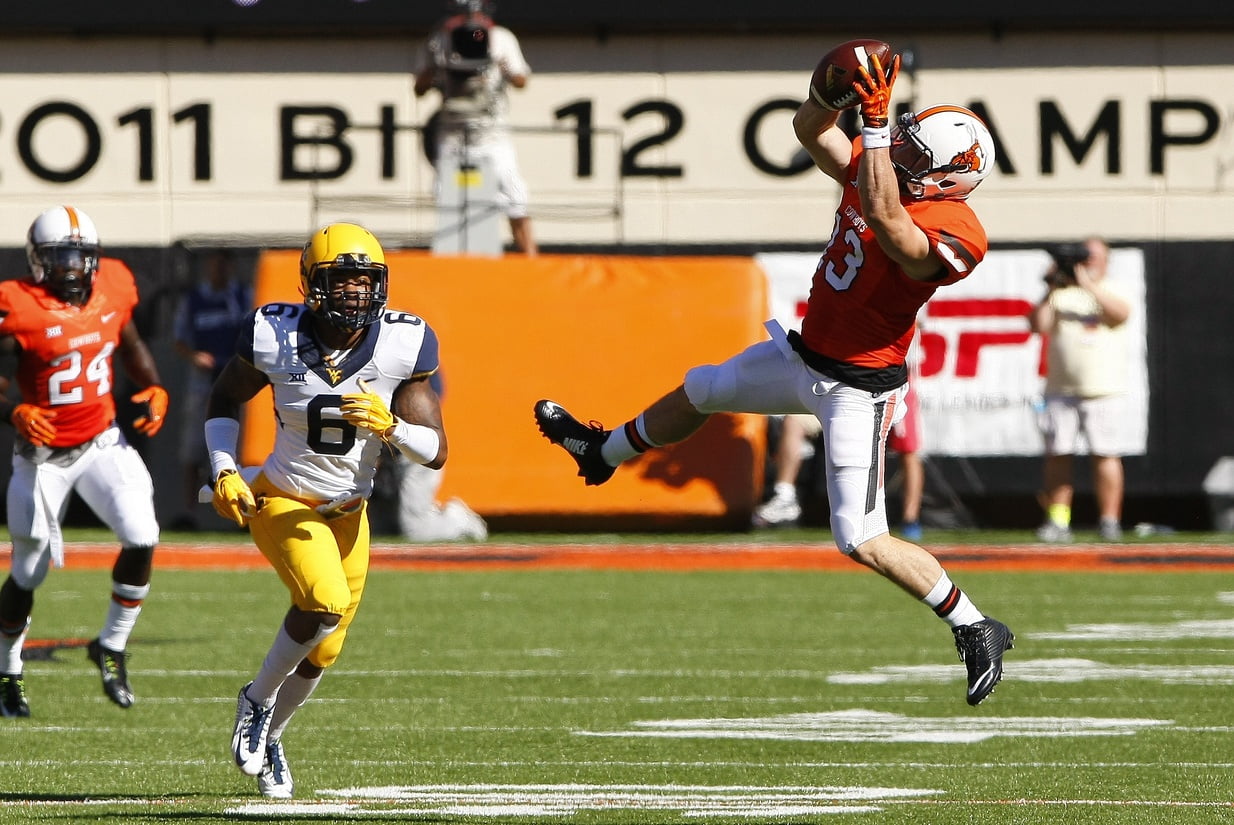 Well this has de-escalated quickly, hasn’t it? After starting the season 5-1, with the only loss being to (In)Famous Jameis, we’ve seen two straight losses by a combined 57 points.

Making matters worse, the offense has mustered only one touchdown in that span and, quite frankly, the team has looked downright atrocious.

Silver lining? At least we knew this was a possibility.

Heading into Saturday’s matchup with no. 11 Kansas State, there’s plenty to be worried about. The game is on the road, the Wildcats are for real and there have been very few reasons to believe things will get better.

That said, there are some interesting things to consider.

Here are the storylines:

I’ve clearly bitten off more than I can chew with that statement, but hear me out. The Cowboys hold a 37-23 all-time record against the Wildcats, with a surprising 17-15 record in Manhattan.

When you consider we’ve won four of the last five games against The Fightin’ Snyders, is there reason for at least cautious optimism?

Maybe not, I don’t know. It’s entirely possible we get drummed by 30+ on the road this weekend, but history also suggests this could be closer than you think.

Count On a Close One

Again, this could be my orange blood talking, but I’m preparing for a competitive game. Check this out: Since 2003, the series has been separated by only nine points (OSU leading 245-236).

We’ve been witness to several great games in recent memory, and perhaps the Cowboys have something in store for Saturday.

I’m not telling you we’ll win, and can’t guarantee it will be close. I am saying there’s a chance.

All Hail the Road Warriors

It’s tough to promote a team that lost by 33 the last time it was on the road, but the Cowboys have excelled in recent memory while residing in the visitor’s locker room. Oklahoma State is 19-8 as the visiting team since 2009, including a 2010 win against the Wildcats with Justin Blackmon out of the lineup.

This Isn’t a Storyline At All

OK so this isn’t a storyline, but it’s important to me. Remember the game against the Wildcats in 2011? Easily the best college football game I’ve ever seen in person. In case you don’t remember…

This marks the third week in a row I’ve listed this, but here we go again. With a win on Saturday, the Cowboys become bowl eligible for the 9th straight season. That’s a long time.

Realistically the odds of completing this task are more likely on Nov. 15 against Texas, but anything can happen in Manhattan. If recent history suggests anything, it suggests the Wildcats aren’t looking past Oklahoma State.

There are your five random storylines for OSU/K-State. Celebrate feverishly if we win, remain calm if we don’t. Shout-out to okstate.com for the statistics.