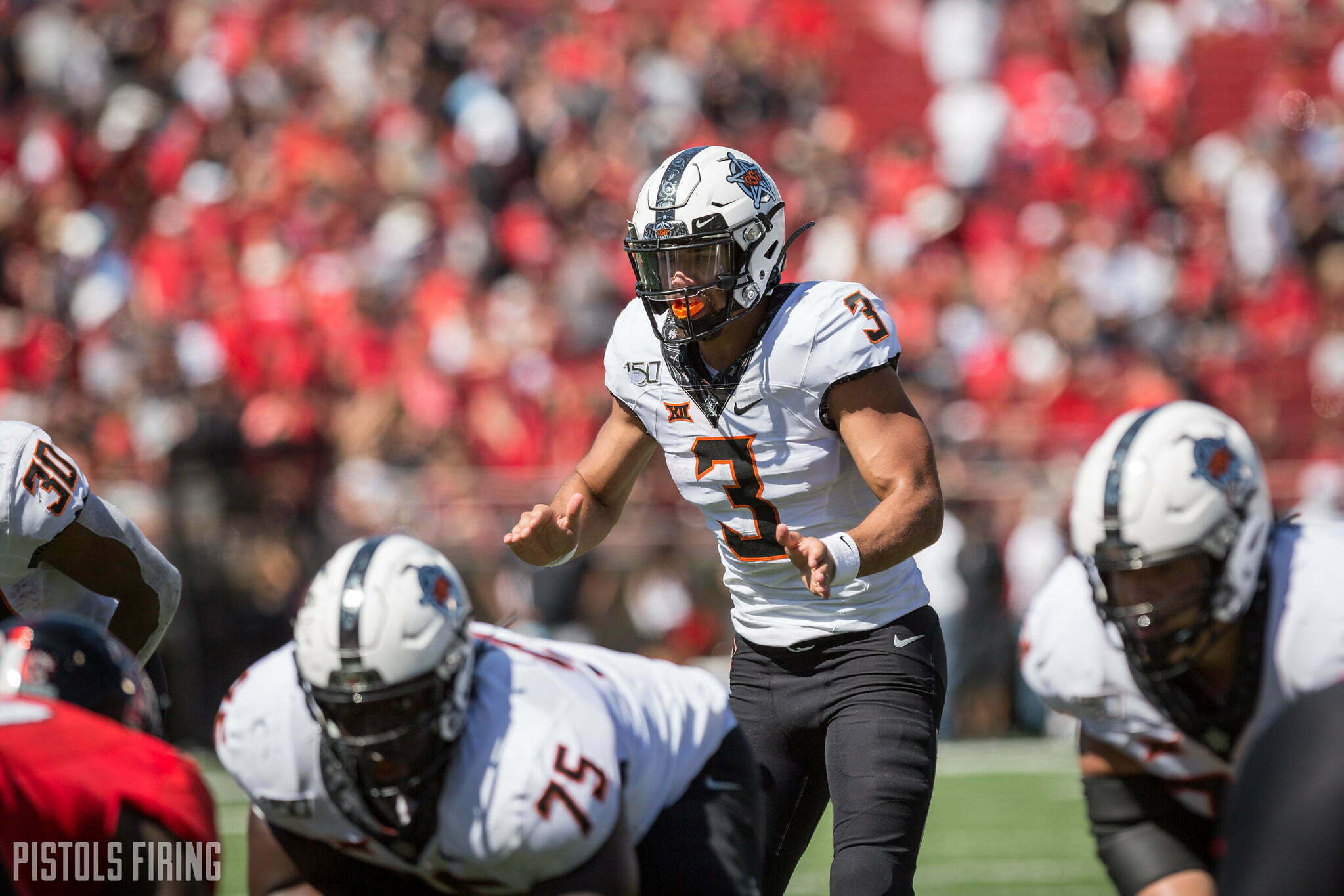 One year ago, the Cowboys went into their bye week on what appeared (at the time) to be a season low — things got even lower, unfortunately — only to emerge on one of 2019’s high notes.

A trip to Manhattan, Kansas had resulted in an embarrassing loss but OSU followed it up with with a homecoming win over a top 10 Texas team. As history (hopefully) repeats itself, the Cowboys are two weeks removed from a demeaning defeat in Lubbock, and welcome unbeaten No. 18 Baylor with a chance to quench their thirst for victory.

If all the pomp and circumstance that goes along with America’s Greatest Homecoming (as well as the chance for redemption) isn’t enough reason to show up or tune in, here are five more reasons to watch the Cowboys take on the Bears.

I’ve typed the phrase “Spencer’s bounceback” an absurd amount of times over the last three weeks, and the first few were answered with a disastrous five-turnover outing. But this feels like the perfect opportunity for OSU’s young QB to take a big step forward.

Mike Gundy has expressed nothing but support and confidence in Sanders’ improvement and we know the type of talent he possesses. Baylor coach Matt Rhule even said Sanders reminds him of Patrick Mahomes (😳). I believe No. 3 just needs to put it all together, hopefully that starts on Saturday.

Death, taxes and OSU’s equipment staff knocking one out of the park with their throwback homecoming helmets. Of these three things I am certain.

Five years ago, OSU started this awesome tradition of rolling out retro hard hats, and they’ve all been great. Here’s my quick ranking off the top of my head. (We’re talking razor-thin margins here.)

Any of these would have been fantastic but, according to The Oklahoman‘s Jacob Unruh, we’re going to see something new, and I can’t wait to see it.

3. Another Stress Test for OSU’s Defense

The Cowboys defense has been better than expected in a lot of ways through the first half of the year, and now it will face another substantial test.

If you look at the top offenses according to BCF Toys (one of the mecca sites for aspiring stat junkies), Jim Knowles’ group has faced, or will face, five of the current top 15 in offensive efficiency — No. 3 Oklahoma, No. 6 Iowa State, No. 7 Texas, No. 11 Baylor and No. 15 Oregon State.

All five of those teams feature high-level quarterback play and that will continue with Charlie Brewer. The Cowboys did an admirable job against Jake Luton (Oregon State) and Sam Ehlinger (Texas). Now we’ll see how they do against Brewer and then upcoming QBs Brock Purdy and Jalen Hurts. Things won’t get any easier as October gives way to November. We’ll see if the Pokes are up to the challenge.

Chuba Hubbard has absorbed such a huge share of the limelight that it’s easy to forget just how lopsided OSU’s targets have been in the passing game. Tylan Wallace is on pace to exceed his totals from a year — a season that ended with a second-place finish (and snub) in the Biletnikoff race — despite OSU attempting 9.1 fewer passes per game. That’s remarkable.

In 13 games in 2018, Tylan soaked up an enormous 30.4 percent of OSU’s targets (150 of 493 pass attempts were aimed his way). For reference, James Washington’s highest target rate ever at OSU was 28.7 percent, and that was in 2016 when Marcell Ateman was sidelined with injury.

So far in six games this year, 34.1 percent of throws have been intended for No. 2. He can easily handle that load, and I find myself wanting to see Tylan involved in the gameplan even more. But if Spencer can spread it out just a little bit — and he’s got plenty of worthy candidates — it would help himself, the offense and Tylan exponentially.

As mentioned at the top of this post, OSU used last year’s bye week to regroup and then came out guns blazing, grasping Texas by its ‘Horns from the kick.

On the fourth play from scrimmage Taylor Cornelius found Tylan Wallace for that memorable 40-yard touchdown and the Longhorns were playing catchup from that point on. If Spencer and Co. can come out with that type of confidence and take the Bears by their ears, I’m predicting a similar end result.

For me, it all comes down to confidence. It’s huge for this team, and it’s especially so for a freshman quarterback lugging the weight of a program that’s supposed to be on the rebound. If the coaching staff can give him the chance to build it and erase the memory of an opening-series fumble with an opening-series TD, all the better. If you win the toss, take the ball — and let the freshman air it out.