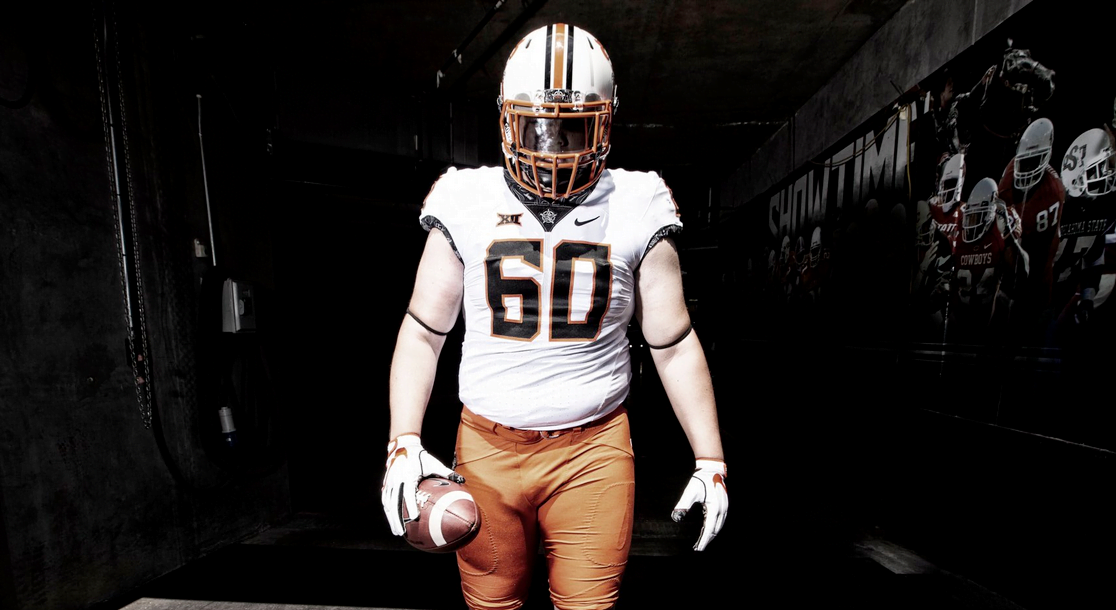 Bennett’s commitment is big on a number of fronts. I have thoughts on why.

Take a spin through OSU’s football roster, and you’ll find a lot of players’ home states end in either OK or TX. Because OSU is in the heart of the bible belt, and because OSU doesn’t quite have a national footprint in terms of recruiting, that’s typically where Gundy and Co. get prospects: from in the state or from just south of it.

Why Bennett’s commitment is a big one is because, if things hold true for now and OSU doesn’t land another Arizona recruit (more on that next), then he’d actually be the only Arizona native on next year’s roster (2020). When you’re trying to build a bigger recruiting base, that matters — especially if Bennett ends up being successful. If in three years he becomes a starter, it gives OSU’s coaching staff real credibility to come into schools and say ‘Hey, you can be the next Cade Bennett.’

2. . . Because OSU is still gunning for Arizona recruits

To piggyback on No. 2, OSU finding success in Arizona is big for the future — and perhaps bigger for the present. Here’s a look at some of the other 2020 Arizona prospects who have been offered by OSU’s staff:

Arizona is a hotbed for recruiting that’s mostly fertile only for blueblood programs and for in-state programs like Arizona, Arizona State and other programs within the region, but OSU finding even an inkling of success in the state could open up some big possibilities.

‘Member when we all though Josh Henson leaving OSU for Texas A&M was a death knell for mankind? (I do; I’m extremely guilty.)

That feels like decades ago. Since Charlie Dickey took over Henson’s old position as the OSU offensive line coach, all he’s done (in a class that desperately needs commitments at the OL position) is land two commitments (one from Trent Pullen, another from Cade Bennett) and hold Eli Russ’ commitment. That’s three commitments overall for a current nine-commitment recruiting class.

The concern with Dickey was not that he can coach — that much we knew after what he did at K-State under Bill Snyder — it was whether or not he could recruit at a level high enough for OSU. December’s signing period is a ways off, but those concerns seem pretty silly by now already. He’s done an excellent job establishing himself as a reliable recruiter.

Look, he’s no Cade Cunningham. But this Cade will do. Take this evaluation from 247’s Jeff Hansen, for instance.

This dude is a bulldozer of a run blocker and the [BYU] staff thinks very highly of his game. [247Sports]

The 6-foot-5, 295-pound prospect is a powerful blocker with good athleticism, range and a nasty streak that pops out on tape. He’s got some positional versatility with the potential to fit anywhere along the line and he’s a balanced player, both in pass protection and as a presence in the run game. Bennett shows a strong punch, the ability to get to the second level and is nimble enough to pull and set an edge when he gets to the outside. [247Sports]

Or this, from our very own Kyle Cox (whom I wholeheartedly agree with):

When the general consensus on a player is “yeah, this guy’s an absolute physical freak” I think my general takeaway is one of extreme optimism. He’ll work!

Here’s who OSU is expected to lose after this season due to exhausted eligibility:

That’s not a lot, really. But when you also consider that former offensive lineman Larry Joubert moved to Cowboy Back, it seems likely this class will be especially deep with offensive line recruits — three, maybe four (or five if we really want to get weird). Bennett fills an obvious need for OSU as it builds its future roster, and he does so before the summer as it tries to craft off a solid foundation of commitments.