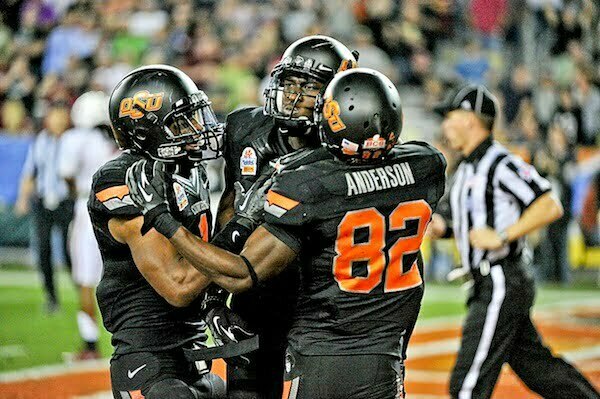 On Big 12 Schedule Eve (a holiday in my book, by the way) I have only these five requests for the release of the Big 12 football schedule tomorrow*.

1. Kansas on the road – You could play this game in Allen Fieldhouse, resurrect the corpse of Todd Reesing’s career, and make OSU play defense with 10 guys and none of it would matter. No need to waste a nasty home crowd on the lowly Jayhawks. Plus if you can stomach what Charlie Weis would do to a plate of Joe’s cheese fries in Stillwater…you’re a better man than I.

3. West Virginia at home – I have no idea what would happen here but I know 1.) I’ll be there to witness it and 2.) zero Stillwater policemen will have this weekend off.

4. Non-conference to start – I’ve heard rumors of TCU at home to kick off the 2012 season. That would be a pretty wicked way to introduct Walunelf (my nickname for the 3-headed QB yet to be announced) to Division I football. I’m hoping for that TBD team to fill this slot. TBD doesn’t sound like they’d have a very good defensive backfield.

Also, a quick programming note: Bullets will be posted later this afternoon as we’ll be looking at and commenting on the forthcoming Big 12 schedule this morning*.

*We think
**I’m not sure if dates are released tomorrow or just home/away schedules, so this might be null/void anyway
***What? Lob Stilly doesn’t work with Walunelf2Moore?