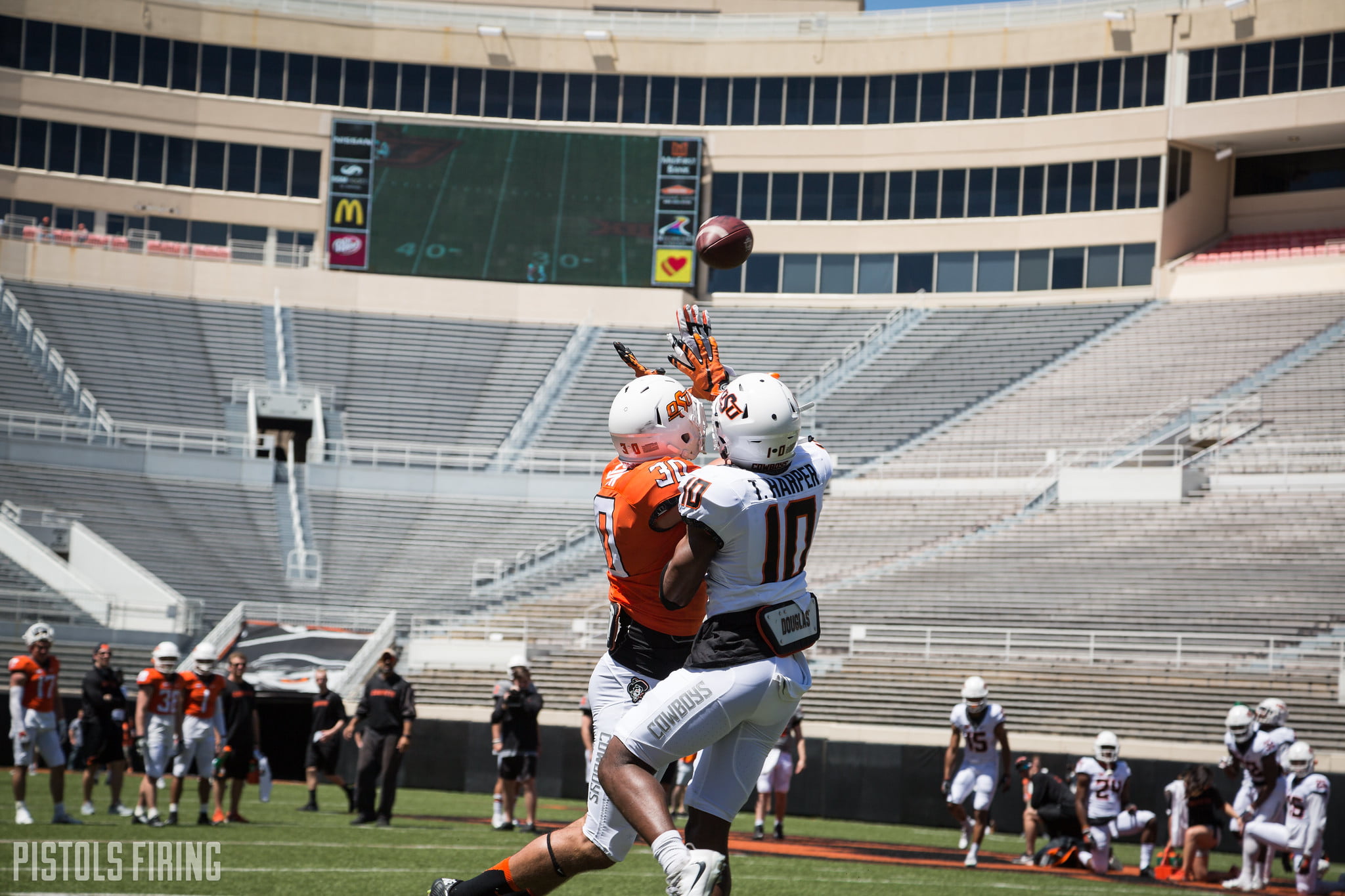 Tylan Wallace, James Washington, Kolby Harvell-Peel, Emmanuel Ogbah, Josh Stewart and Caleb Lavey all have one thing in common among current and former Cowboys: They all broke through as difference-makers at Oklahoma State in their second year on campus.

So who might join that elite list of players as second-year players who break out in 2020? Here’s a look at a few I’d consider candidates to play huge roles next season. (Note: I’m not counting Trace Ford in this list because he might have legitimately been OSU’s most impactful defender as a freshman last season. So he’s a given.)

I’m trusting my eyes and ears on the ground in Stillwater with this one. And well-embedded moles last fall indicated to us that Langston Anderson is the next man up in a loaded receiver corps. He caught just one pass last year and redshirted, but he’s got loads of potential and an obvious role to potentially assume with Jordan McCray gone. He might not be No. 1 receiver good, as Tylan and James Washington were as second-year players, especially considering Tylan, Dillon Stoner and Braydon Johnson’s return. But I’m not ready to rule out the chance that he gets 30+ targets and happens to stumble into 500 yards receiving. He’s got tons of talent and after-the-catch ability to be a monster.

Last year I was high on Farrar, the Dallas Skyline product, and expected he might even see some action because of the lack of depth at linebacker. Yet he played in only two games and redshirted.

Now, though, depth at linebacker again looks like it may be lacking. And again, Farrar looks like a viable candidate to assume a big role. Last year before the season, OSU defensive coordinator Jim Knowles spoke highly of his skills, hedging with the suggestion that he may need refinement but that the talent is there.

At 5-foot-11 and a tick over 200 pounds, I’m enamored with Farrar’s ability to eat up open space on the field from his position. OSU needs backers like him with his speed and cover skills to step up. He’ll have a chance to do that this season after taking 2019 to build up his strength and smarts.

The cornerback position looks to be somewhat of a question mark this year with A.J. Green’s NFL departure. And while the arrival of Missouri transfer Christian Holmes should shore up some concerns — and Jarrick Bernard’s move from safety to corner, too — it’s not definitive yet who will take on CB1 duties opposite Rodarius Williams.

For my money, I think Thomas Harper has as good a shot as any to really grab hold of the job. He doesn’t have the Division I experience of Holmes or the experience within the system like Bernard, but Harper has good turn-and-run speed to thrive as a press corner in OSU’s system and looked technically sound in limited action last season. I think he’ll play a role on the defense next season even if it’s in a rotation or reserve role. OSU should be looking to develop and groom him into becoming their next homegrown lockdown corner.

Dizadare played in three games last season while retaining his redshirt, but he, like Farrar, was another of the newbies last year who Knowles showered with praise. And in OSU’s defensive system where outside linebackers are given freedom to use their instincts, I think he’s one to watch because of his size and skill.

Further, OSU sometimes rotates in and out at the outside-backer spot to keep guys fresh, so it’s plausible he’s a second-or-third rotation guy who still manages to make his mark in limited snaps. With his size, I think he could play the LEO position, which Trace Ford runs, but he could also play middle linebacker too.

Jayden Jernigan was quietly a steady contributor last season as a true freshman, seeing action in all 13 games at the defensive tackle spot and recording 13 tackles, two sacks and four tackles for loss. For context, that’s more productive than former four-star recruit Darrion Daniels was as a true freshman at OSU. Another year in the system should see him ratchet up his production, too. Finding a difference-maker on the interior of the defensive line is always a challenge, but Jernigan looks like he’s a candidate to take a big leap.