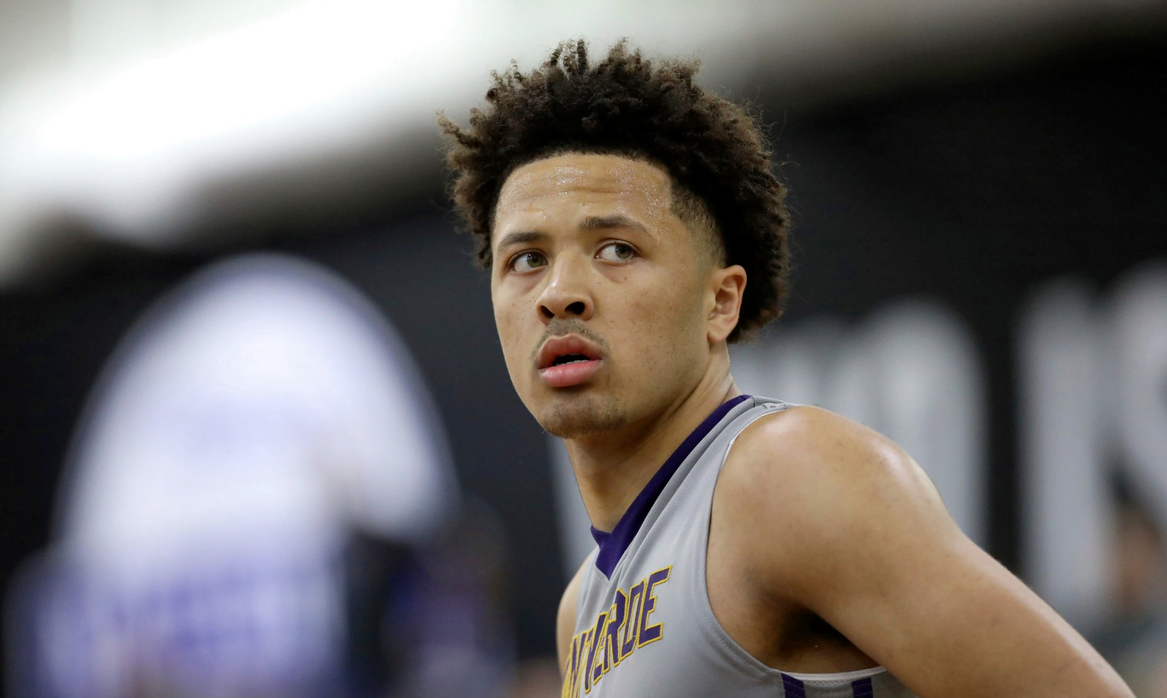 After dominating on the Nike EYBL circuit last week in Dallas, five-star prospect Cade Cunningham took the next step in his recruitment Thursday by whittling his schools down to a top 10. In no official order, those schools are Duke, Kansas, Memphis, Virginia, OSU, Florida, Kentucky, North Carolina, Texas and Washington.

In unofficial order, as we wrote about earlier in the day, Oklahoma State is considered the frontrunner to land his services according to four industry insiders who cover college basketball on a national scale. After PFB published its story earlier in the day, a source told me that confidence among many insiders — including those close to Cunningham — is very high. “Almost certain” he goes to OSU, said the source.

Cunningham has been super quiet about schools recruiting him, much less who he favors, but Thursday for the first time he opened up a little about his process, who is recruiting him and what has stood out to him thus far in a blog published on USA Today. He didn’t go into too much detail about much of anything, other than to say there’s no timetable for another cut to his current top schools (many believe it will be late summer).

A lot of his recruitment is still to be determined, so as recruiting goes, he still seems to be a ways off from making a final decision. But for OSU to be in such a good spot at this stage in his process is super news for Mike Boynton and Co. If a top-10 player like Cunningham commits, it could open a flood gate of other top players following suit … Bryce Thompson … Isaiah Todd …. you name it.

A lot of things would have to go very right for that dream scenario to unfold, but Cunningham could be the dosage of Tylenol PM that could kick the Pokes’ program into a wild dream filled with talent. As Cunningham closed with in his blog on Thursday: “Stay tuned.”