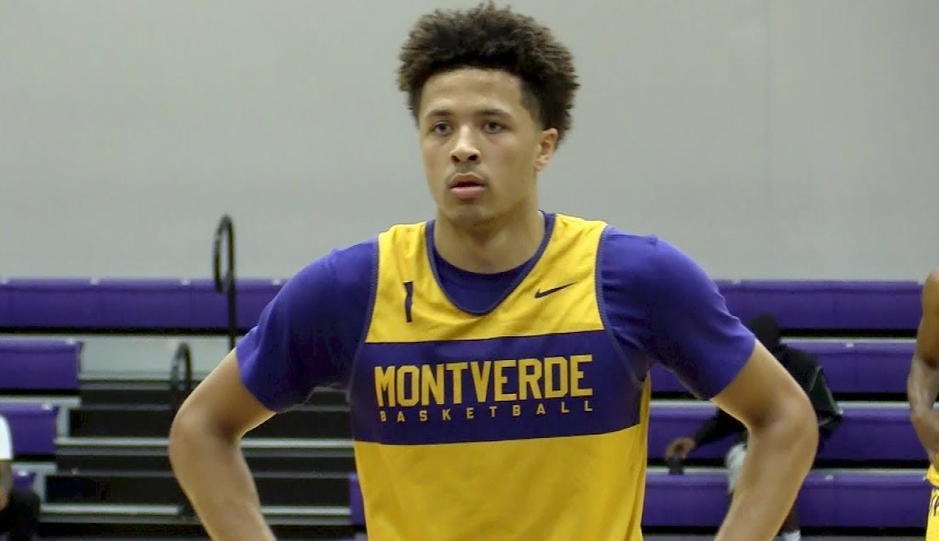 Five-star Class of 2020 forward Cade Cunningham is the No. 7 player in his classification, a projected one-and-done superstar, an athletic freak … and an OSU lean.

This week the Montverde Academy product picked up four huge (yuge!) crystal ball projections from college basketball insiders who know people who know things — or directly know things. And all four picked OSU as their projected destination for the 6-foot-6, 215 pound superstar.

The four who pegged OSU as his future landing spot (over Kentucky, Kansas, Texas, etc.) are Director of Scouting Jerry Meyer, Director of Recruiting Evan Daniels and two other insiders in Dain Ervin of Basketball Reports and Billy Embody of LSU/SMU Insider. Have a look at it:

Cunningham has played his recruitment tight to the vest, but there’s clearly something that triggered an influx of OSU picks. After showing out on the Nike EYBL circuit in Dallas last week, most came away with the same orange-tinted thoughts despite his own admission that he hasn’t so much as released who has been recruiting him.

“I haven’t announced any schools that are even recruiting me,” Cunningham told USA Today this week. “I’m probably gonna drop a list of seven or eight schools in June. I just feel like constantly putting out who’s offered me is just a distraction. I don’t need to do that all the time; I just need to focus on getting better.”

Cunningham would be a program-changing talent if OSU could import him from Montverde. It’s far too soon to start arranging a parade about winning a crystal ball race, because as we know, recruitments can change on a dime. But landing Cunningham would give OSU the No. 2 class in America, and one of the premier talents in Stillwater playing in Gallagher-Iba in 2020.