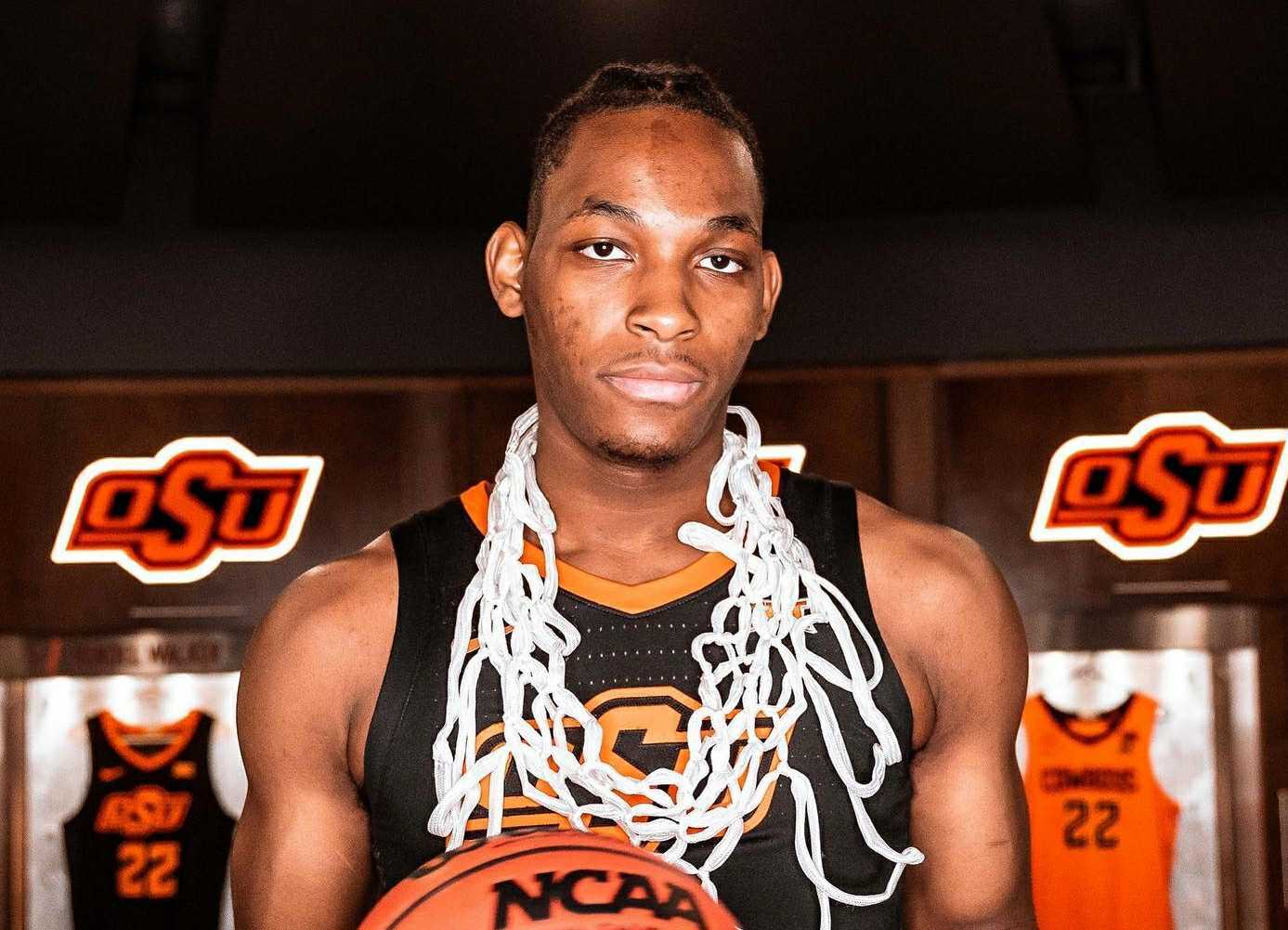 MJ Rice and Anthony Black are in Stillwater this week seeing what Oklahoma State has to offer.

Rice is the No. 18 player in the 2022 class, making him a five-star prospect. He is a 6-foot-5, 225-pound wing (large) who will play for Prolific Prep in California next season, transferring from perennial national power Oak Hill Academy in Virginia. He is originally from North Carolina. So, traveling isn’t an issue.

Noise has started coming out this month to suggest that Rice could elect to go straight to professional basketball, as respected 247Sports analyst Jerry Meyer predicted June 2.

Black is a four-star combo guard from Coppell, Texas. He is 6-foot-7, but still listed as a guard, a trait Boynton often pursues. He is the No. 59 player in the 2022 class. His father, Terry Black, starred at Baylor.

OSU offered Black back in August before he had even cracked the Top 200 of his class’ rankings.

These official visits come after four-star guard Pop Isaacs (No. 23 in 2022) and four-star forward Aidan Shaw (No. 76 in 2022) already visited Stillwater. Five-star forward Mark Mitchell (No. 12 in 2022) is scheduled to be at OSU this weekend.

The 2022 class has a chance to big a big one for Oklahoma State. There is one open scholarship for the Cowboys now (which could still get filled with a 2021 prospect). Isaac Likekele is also set to graduate next school year, and Avery Anderson, Kalib Boone and Bryce Thompson are all popping up in 2022 NBA mock drafts.

“There’s a lot of elements to this thing now,” Boynton said Tuesday of the potential of a big class. “We’ll be our normal aggressive selves. The new staff asked, ‘Coach, how many scholarships do we have next year?’ The magic question. Just gotta get to 13 by next year. Between the portal and seeing 2022 guys for the first time in a year, there’s gonna be a different look to the recruiting cycle this year.”