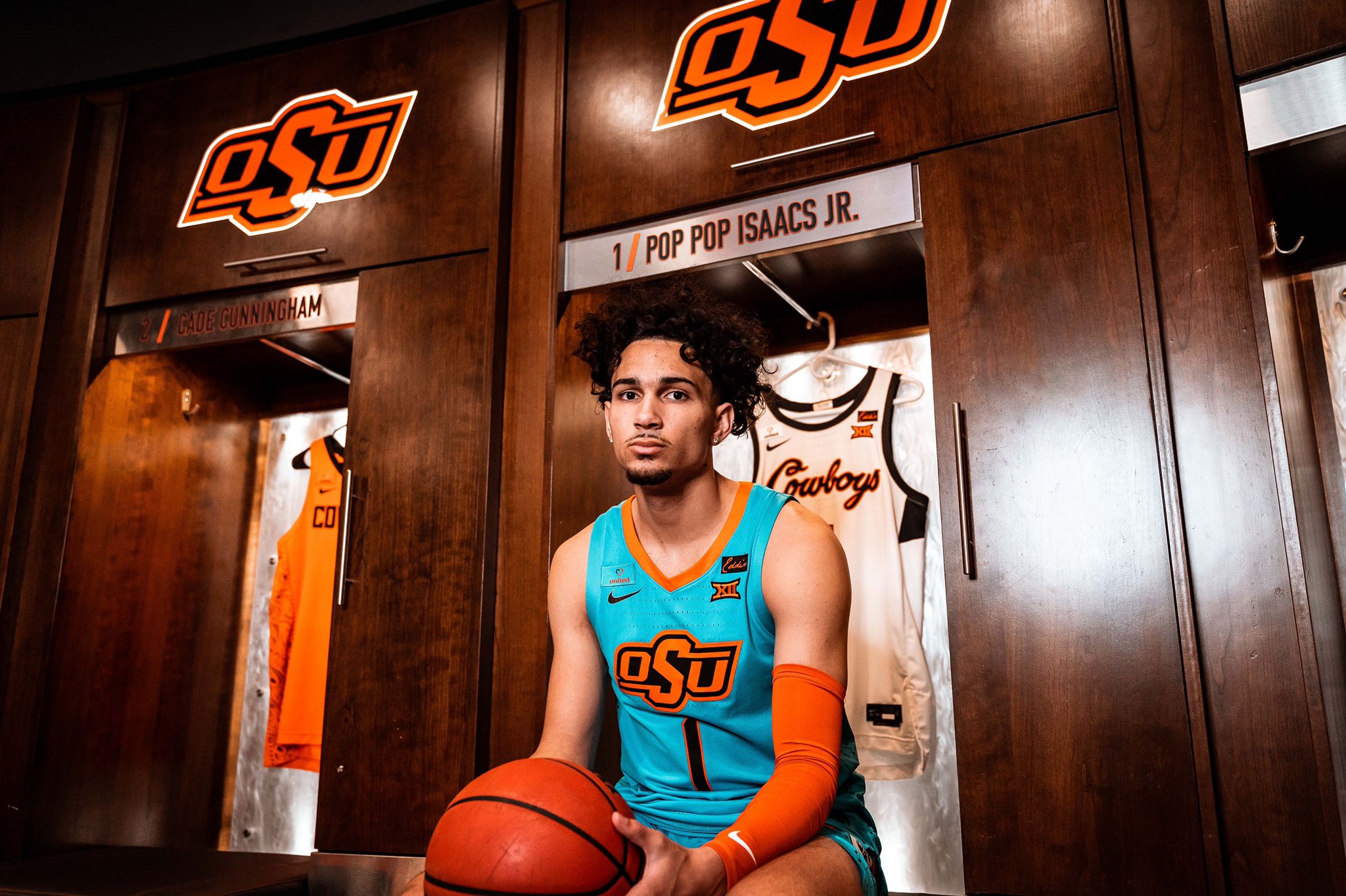 With an historically long dead period ending this week, Mike Boynton and his staff are back to a full-go on the recruiting trail. Don’t worry, he still had time to take in a little softball on Thursday.

Let’s take a look at the latest on OSU Hoops recruiting, including a couple of offers that Boynton & Co. have extended.

Four-star point guard Richard Isaacs Jr. made his way to Stillwater on Tuesday for his official visit.

He’ll play at the highly regarded Prolific Prep next school year. He is the No. 3 point guard and No. 23 player for 2022.

Isaacs seemed to enjoy his visit, but the Cowboys face stiff competition for his services. He has over 20 schools on his offer sheet including Kansas, Gonzaga, Arizona, Iowa, Oklahoma and Cal.

The Cowboys extended an offer to another 2022 guard last week, according to multiple outlets. I know OSU has an expert staff of talent evaluators that do a ton of scouting and research, but is it a coincidence that the offer was announced two days after this was tweeted?

I typed that with tongue planted firmly in-cheek, but Copeland’s star is rising fast.

He’s currently ranked as a three-star prospect and the No. 24 combo guard by 247 Sports and a four-star point guard by Rivals. The latter ranks him as the No. 85 player in the 2022 class.

The Gettysburg, Penn. product transferred to hoops powerhouse IMG Academy this spring. OSU joins an offer sheet that includes Maryland, Miami, Oregon, Penn State, and which will continue to grow.

OSU currently has no commitments for the 2022 class.

With that dead period over, current Cowboys are getting in on the fun.

If Walker, the Putnam City West Patriot, talked any smack to Johnson, who played for P.C. North last year, I’m sure it was all in good fun.

The Cowboys were the first to offer Johnson last July, but since then Oklahoma, Illinois, Texas and Tulsa have extended scholarships. Johnson is currently a four-star prospect, the No. 17 player in the class, the No. 5 point guard and No. 1 Oklahoman, according to 247 Sports.

Chris Harris Jr. linked up with 2022 four-star guard Anthony Black, as well. Black is a Top-60 guard according to 247 Composite rankings and has an official visit scheduled in Stillwater this month.

Don’t Sleep on the Blunis

With no offense intended to the orange truthers, a graphic was put out for five-star guard Keyonte George. He dropped his top 5 in May which included the Cowboys.

With Isaacs snapping pics at his visit in OSU’s teal threads and now George picking them in this graphic, the recruits dig the N7 jerseys.