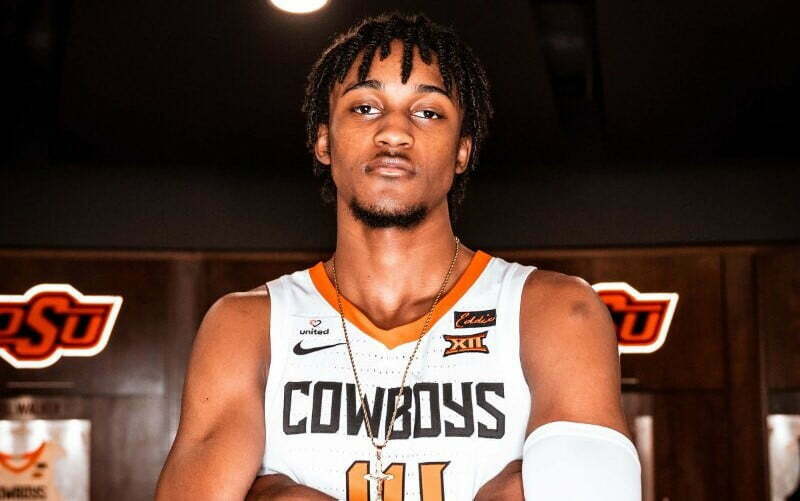 It seems like the 2022 recruiting cycle could be a fruitful one for Mike Boynton, and one of the potential reasons for that is on campus.

Aidan Shaw is on an official visit to Oklahoma State, and he shared some pictures of what he looks like in orange and black.

Shaw is a 6-foot-8, 190-pound small forward from Stilwell, Kansas. He plays his preps ball at Blue Valley in Overland Park. Shaw is a four-star prospect, ranked 76th in the 2022 class in the composite rankings, but 247Sports is higher on him than that, as the recruiting service ranks him 44th in his class.

Boynton offered Shaw back in 2019. It was the September of Shaw’s freshman year of high school.

Stillwater is the first of five official visits Shaw has lined up, as he is scheduled to visit Kansas, Missouri, Iowa and Maryland in the coming weeks.

Shaw is a long, versatile player, the type that Boynton (and a lot of coaches) like to go after. Shaw is also an aggressive defender, something that the OSU fan base in particular appreciates.

Boynton is attempting to purge the state of Kansas from the blue-blooded Jayhawks. Along with Shaw, Mark Mitchell, from Wichita, has a visit scheduled to Stillwater. Mitchell is the No. 12 player in the 2022 class. Boynton swiping both of those Sunflower State stars could be monumental for the future of the Big 12.