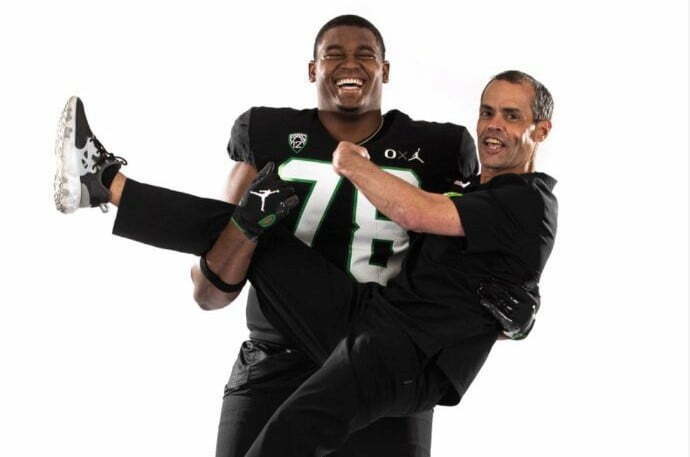 Before Kelvin Banks was the No. 14 player in the 2022 class, he was an Oklahoma State commit, but after reconsidering his options, Banks is headed to the Pacific Northwest.

Banks committed to Oregon on Sunday. OSU was Banks’ first offer back in 2019, and he committed to the Cowboys for a time. However, when his star continued to grow, he decommitted last summer.

Despite being unable to reclaim Banks’ commitment, Independence Day wasn’t all bad for the Cowboys, as three-star corner Dylahn McKinney announced his commitment to OSU.

The Cowboys’ 2022 class ranks 20th in the country, but it does have only one offensive line prospect in it: Austin Kawecki from Frisco, Texas.

That could change later this week, as three-star offensive tackle Bray Lynch is scheduled to pick his college program on Friday. Out of Westlake High in Austin, Lynch is a three-star prospect and has a Top 3 of OSU, Duke and Indiana.