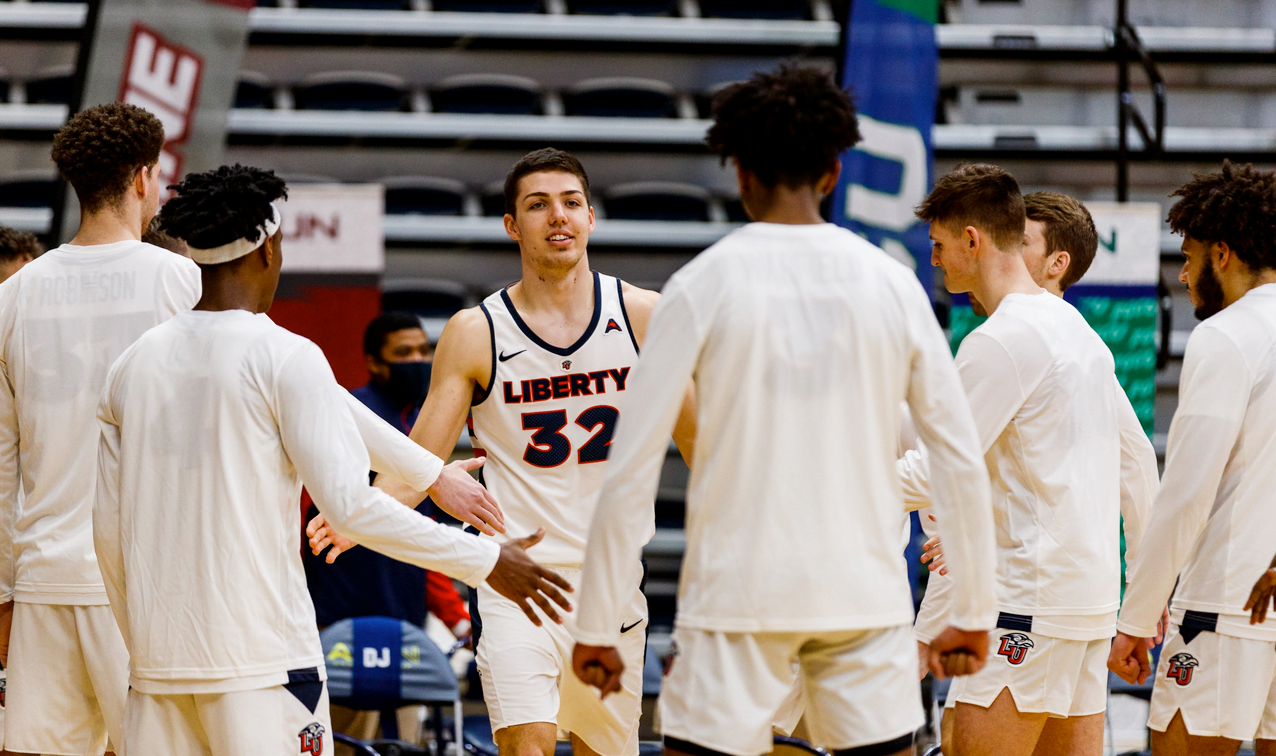 Oklahoma State faces Liberty in the first round of the NCAA Tournament on Friday and if you’re like the vast majority of folks, the most likely response when you first heard this was something along the lines of, “Who?”

Liberty went 23-5 this season and won the ASUN, but here’s a few more things to know ahead of the game.

1. This team is slow

Like, real slow. Only nine teams (among 357 at the Division I level) play with a slower adjusted tempo than the Flames. This is in large part because their offensive possessions drag on, and on, and on. But defensively they like to slow teams down too.

Liberty’s offense ranks 52nd in adjusted efficiency on the season, by far its most effective attack (defensively it ranks 168th). And that offensive arsenal is boosted significantly by its efficiency as a 3-point shooting team. They rank 10th nationally in 3-point shooting percentage, and a whopping 41% of its total points this season come from behind the arc. They also shoot 56.7% from 2-point range, which ranks top-10 nationally as well. But overall this team loves to shoot 3s and does so at a very high level.

OSU’s 3-point defense this season ranks 66th nationally — so it’s not a liability but also not a huge strength — so something to monitor for Friday.

But it also beat quality power teams as well, including an 84-73 win over Mississippi State and a 78-62 win over South Carolina.

The only shared opponent OSU and Liberty have this season is TCU. And both Liberty and OSU lost to the Horned Frogs.

Teams with bruising bigs — Kansas, TCU to name a few — have this season given OSU fits. But Liberty is not big. In fact, power forwards Kyle Rode and Keegan McDowell are only 6-foot-7 and 6-foot-6, respectively. And centers Blake Preston and Shiloh Robinson are 6-foot-9 and 6-foot-7, respectively. The team’s online roster doesn’t list weights but my spidey senses tell me that only Robinson — who plays fewer than 15 minutes per game — has the size that would give OSU fits.

Liberty guards Darius McGhee, a 5-foot-9 junior, and Chris Parker, a 6-foot-1 senior, are the catalysts that drive this Flames team.

McGhee is the team’s leading scorer. He averages 15.6 points per game and had 21 and 23 points against Purdue and Mississippi State earlier in the season. He scored 21 points and had eight rebounds in the ASUN title game.

Parker is the team’s leading assist man. He had a triple-double (10 points, 10 rebounds and 10 assists) against Mississippi State this season. But he’s a pass-first guard who likes to get others involved.

OSU matches up well with Liberty’s best strengths. Cade Cunningham is 6-foot-8 (!), Isaac Likekele is 6-foot-5, Avery Anderson is 6-foot-3. Then there’s 6-foot-2 Bryce Williams and 6-foot-4 Rondel Walker. So OSU’s big guard lineups should present real problems for Liberty because of its length and size.