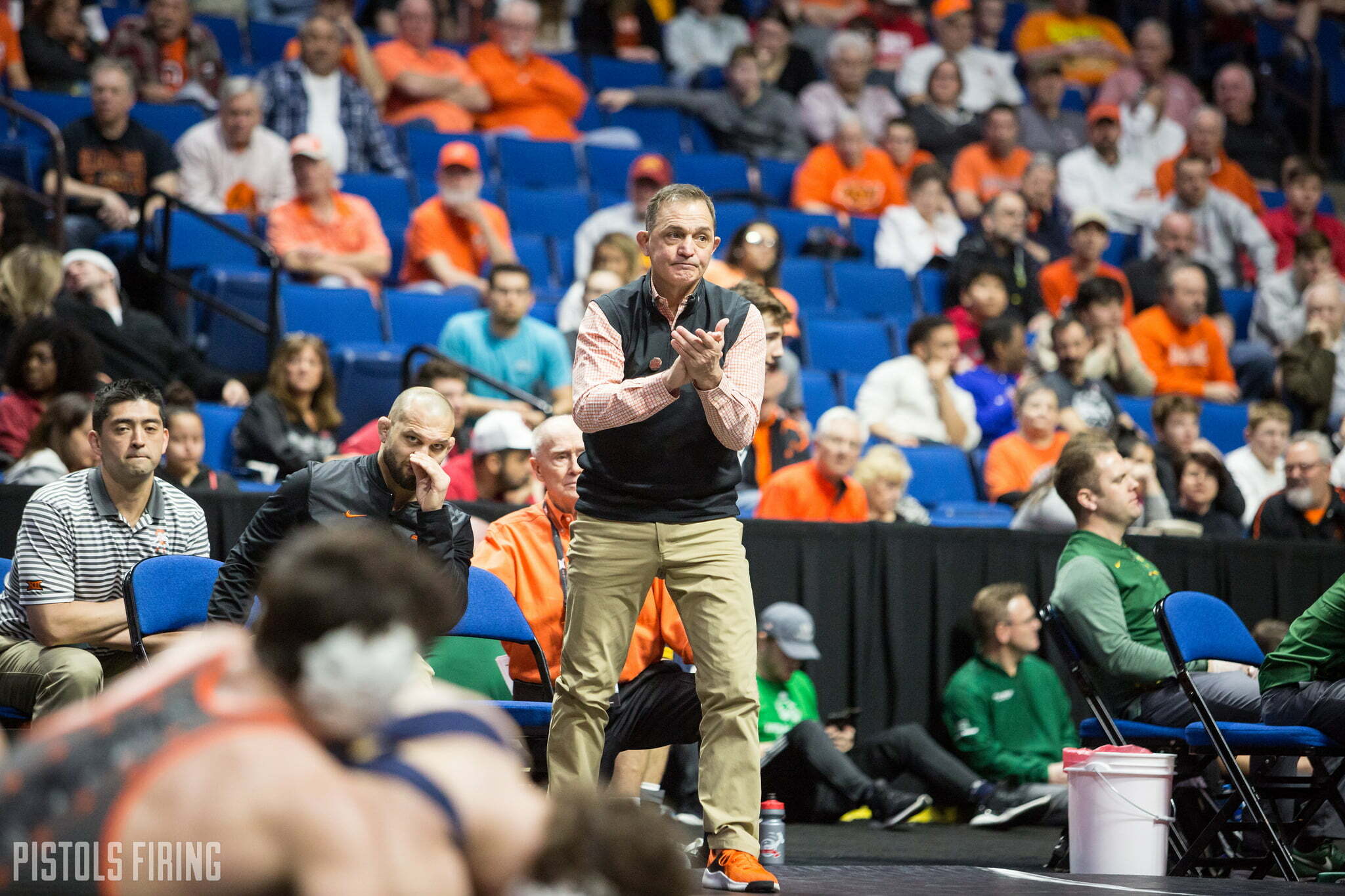 A few days ago, I wrote about the Oklahoma Hall of Fame and its notable exclusion of any wrestlers. Specifically, as it relates to OSU: John Smith and Ed Gallagher. It seemed to catch a lot of people’s attention, so I thought I’d follow up with some more information on the subject.

On social media and in the comments section here, a few mentioned questions of whether or not John Smith had ever been nominated. One person that I believe is directly associated with the hall of fame even recommended that as a step to resolving this. However, a lack of nominations is not the issue for him. Smith has been nominated every year for the past few years in a very formal and professional fashion — and by people that know him well. It’s not been a scenario where some random person slapped together a nomination at home on their lap top. They’ve been submitted by well-connected people and it has been done right. He just hasn’t been inducted.

2. Some of the other omission’s are cloudy

I broadened the overall story a bit to discuss not only Smith, but the fact that no wrestlers at all are in this hall of fame. I really have no idea how to find out if Ed Gallagher or Kenny Monday or others have ever been nominated; based upon extensive research, there’s no way of knowing. I have a hard time seeing a scenario where in the 97 year history of the Oklahoma Hall of Fame no one has ever nominated Ed Gallagher, but can’t definitively say he has been.

Ed Gallagher, John Smith, and most other notable wrestlers from the state are enshrined in the Oklahoma Sports Hall of Fame, and they do a fine job in representing the sport. The Oklahoma Hall of Fame is where no wrestlers are showcased. Athletes and coaches in basketball, football, baseball, rodeo, and gymnastics, along with administrators, are all represented in the Oklahoma Hall of Fame. For whatever reason there are no wrestlers. If you plan to go on a letter-writing campaign, make sure you’re directing your frustration in the right direction.

4. People should be upset

No. 1: Don’t Worry about Nominating John Smith. Again, with John Smith, he’s receiving a well-written nomination each year, so I would say he really doesn’t need any additional ones. The staff and board of directors probably just review one of the nominations for each person each year and sending a barrage of additional nominations may just muddle the one that is put in every year, which again I can assure you is a very good one based upon people I’ve talked to in writing this story. I write about wrestling here and with knowing the people who put it together I can tell you definitively it’s not worth my time to fill out a nomination for him as the one that is submitted each year is sufficient.

No. 2: Nominate other people. John Smith’s getting nominated each year, but I have no idea if Ed Gallagher is. Or if gold medalists Kenny Monday, Frank Lewis, Bobby Pearce, Shelby Wilson, Doug Blubaugh, Yojiro Uetake, or Kendall Cross are. I’ve written this for wrestling as a whole, so maybe you are an OU fan or work for the university. If so, put one in for Danny Hodge. Maybe they don’t want to put John in because he’s still active as a coach and Gallagher and these other guys just legitimately aren’t being nominated any more because people were under the assumption they were already in.

No. 3: Contact the board of directors at the Oklahoma Hall of Fame. They are all listed on the website here. Some you may know and can reach out to personally. Some may be complete strangers and you just want to let them know your thoughts. Be tactful in your approach; there’s probably a number of people on the Oklahoma Hall of Fame board that advocate for guys like Ed Gallagher and John Smith, so opening your email by calling them a dirt-bag is maybe not the best approach. But there are probably also people that for whatever reason don’t want them in. I’m not a big fan of the sort of mob mentality we see at times in society on some things, but public pressure with legitimate convincing arguments can at times make these things change. So start a dialogue about it and see what happens. You never know.