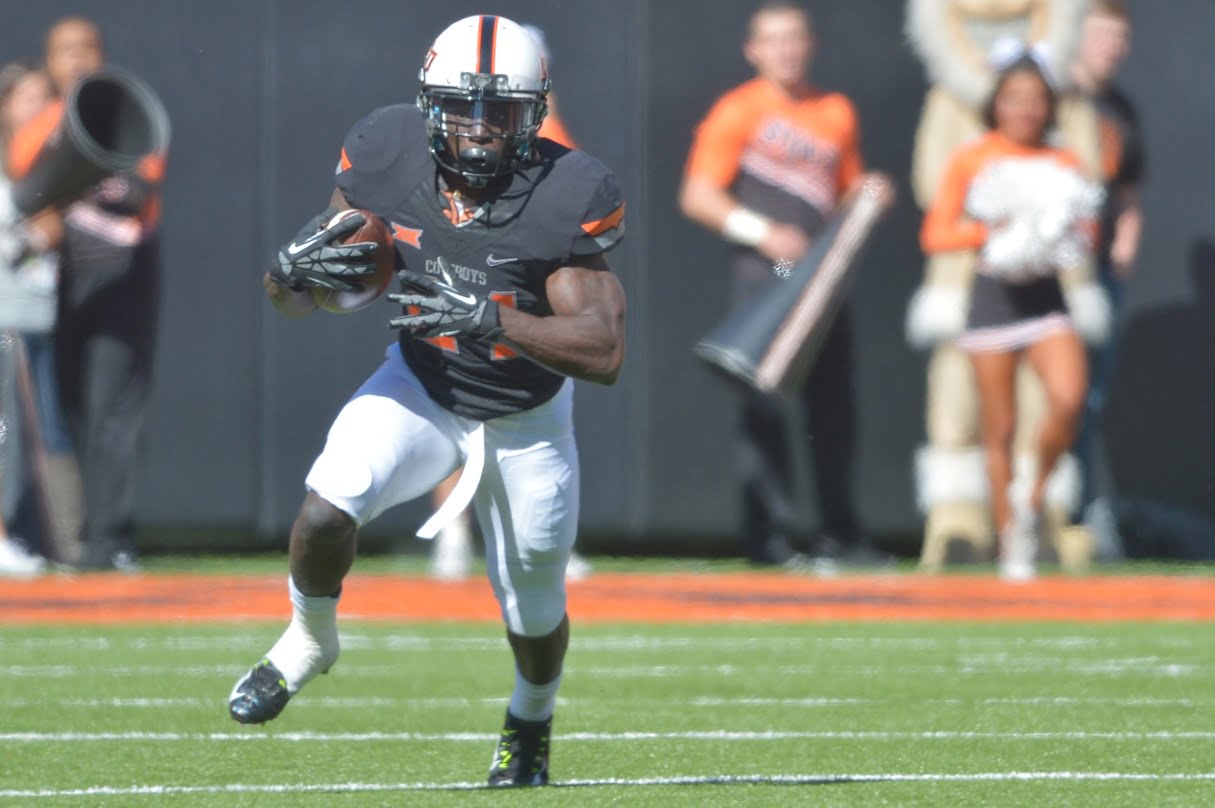 OSU plays its biggest game to date this season in terms of getting into (and staying in) the national title conversation.

Win, and you get into the Baylor/OU discussion as a potential Big 12 rep. Lose, and we could be looking at a long two months (this is the part where I would ask when basketball starts but……..)

Here are five things I’ll be looking for on Saturday.

There are, uh, rumblings that Mike Gundy is more than just “helping out” Legoman and Co. right now. You need little more than a Twitter account and the ability to use a search function to know that.

Is it true though? I think we could find out based on the way OSU sets up its offensive plan on Saturday.

2. Will Freek get touches?

Having the fastest human in college football on the OSU sideline and getting him four (!) touches in a game in which you run 70 plays is like getting Philip Seymour Hoffman to play in your medium-budget movie and giving him 10 lines.

What’s the point? Why did you even get him?

Maybe OSU has been playing possum this entire time and we’re about to see the most dynamic gameplan of all time but color me dubious.

There are 128 teams in college football and 125 of them have recovered a fumble this season. Only OSU, West Virginia, and Michigan haven’t.

That’s weird and it won’t last forever. TCU isn’t great at holding on to the ball (74th in fumbles lost) so maybe this is the week.

Of course nobody knows if No. 6 is actually going to be back but that would bolster a secondary that could use the help.

Trevone Boykin actually isn’t as accurate as some would like to believe (57 percent on the season) and with the way OSU’s defensive linemen tip passes up front maybe the secondary can flip the field with a pick or two.

One thing I like about Mike Gundy’s teams is that they’re always well-oiled. Does that mean they don’t make mistakes? No. It just means they have good systems in place and operate well within those systems.

We haven’t seen much trickery from Gundy’s squad so far this season and a road game as a 10-point underdog seems like the perfect time to pull it out.

Great coaches bend games to their will — this is a Bob Stoops Special — and I think with an undermatched side in Fort Worth on Saturday we might see some of that out of Gundy.

TCU is actually better according to advanced stats than that 10-point spread says so this would be a bigger upset than people think. I have no basis for picking the Pokes in this game other than “nobody else is doing it.”