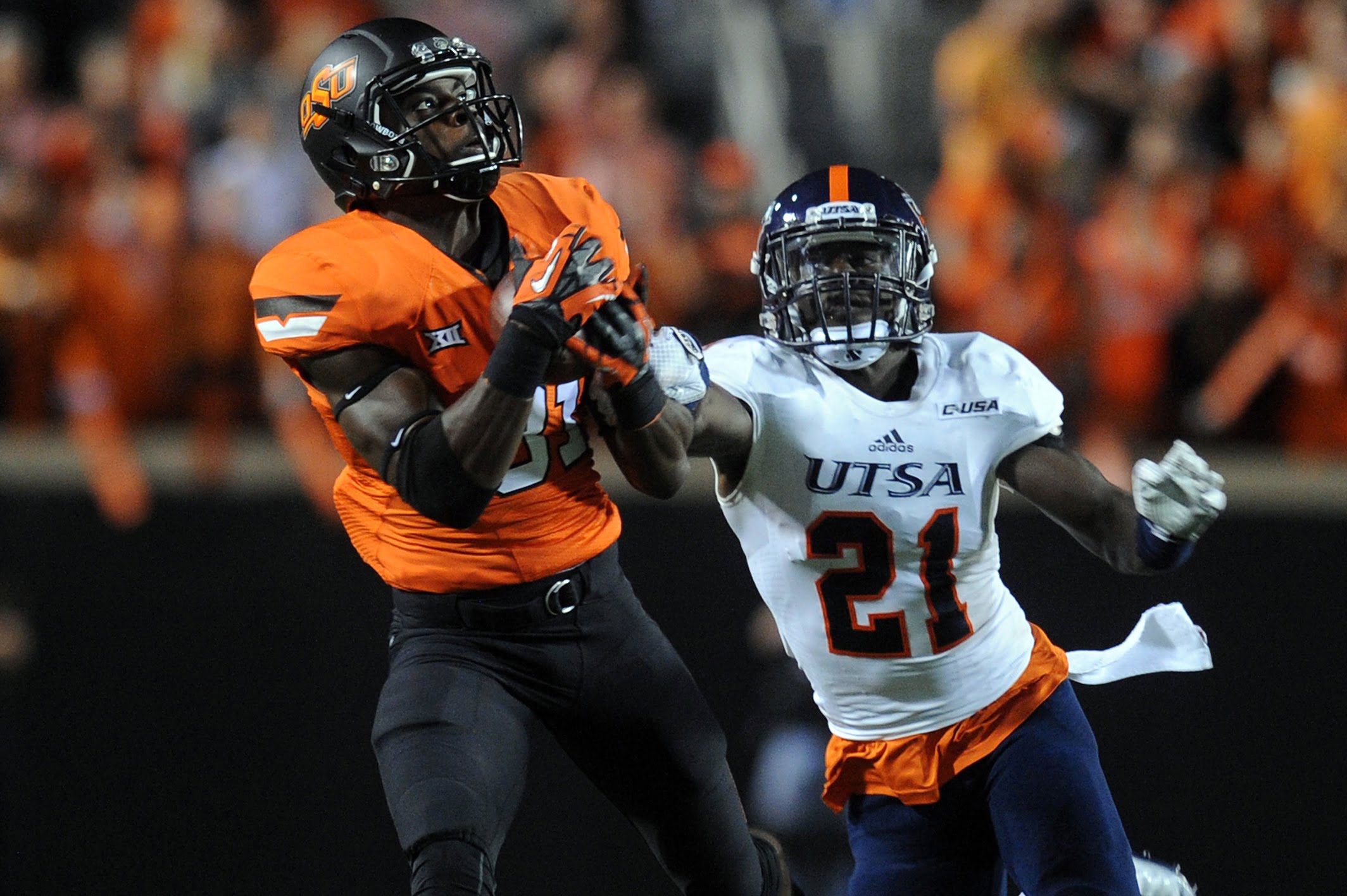 A few people have asked about doing post-game superlatives — I think for now everything I used to write in that post is just going to reside here. I’ll let you know if that changes.

On to the five things we learned from Saturday…

1. The baseline for Daxx is somewhere north of average: That’s a kind way of saying he wasn’t bad on Saturday but that he’s also going to get better.

I really believe you can mold him into one of the three or four most potent QBs in the conference and hey that might be enough to make some noise.

To go from “throws a crazy good deep ball, takes shots all over the field, never lays up on a par 5” to “runs an efficient offensive machine” isn’t as big of a leap as it might seem.

By the way, last week we talked about what the receivers probably think when they see Daxx starting.

I’ve now found the perfect GIF for it (Seales is the one in the very front):

2. The Missouri State game was a defensive outlier: It was pretty clear early on that in the three games OSU has played we can write the one against the one-double-whatever team off as the one of these things that isn’t like the other one.

No, UTSA isn’t Baylor on offense but neither are Iowa State, TCU, and Kansas. I was a little uncomfortable after Missouri State put up 23 even though I knew it was probably a matter of playing second team guys and the FSU Hangover.

This week confirmed it.

3. The Florida State game might have been an offensive line outlier: They just haven’t been good. I’m not sure if it’s a Wickline thing or a new players thing but there was nothing happening on Saturday night.

Gundy all but threw them under the bus, too.

“We just didn’t block anybody. We didn’t move anybody out there. I’m sure there is a contributing factor, which is the youth.”

“We’re going to have to move people out of there if we’re going to play in this league because we aren’t going to be able to protect and throw the ball down the field every game.”

4. I continue to believe in Ben Grogan and that might be a bad thing: I’m not convinced that because a bunch of people say a thing on Twitter it must be true — as has been the case with Ben Grogan and his field goal kicking.

And yet the banked in deep one on Saturday combined with this terrific data from Mark Cooper has me officially worried.

5. All three running backs bring something different: The contrast is stark when all three guys are healthy and running in and out all night. Freek will freek, Roland will be a workhorse, and Childs can spell either.

“Tyreek (Hill) gives us the flash that we need, and we could never really get him loose tonight. Rennie (Childs) is a little bit of in-between. Against this team, Desmond (Roland) is able to smash it up in there and kind of move the pile. So there’s an advantage to what he brings to the table.”

Last night we found that Glenn Spencer can levitate. Is there anything he can't do? pic.twitter.com/hTMiGYU7UI