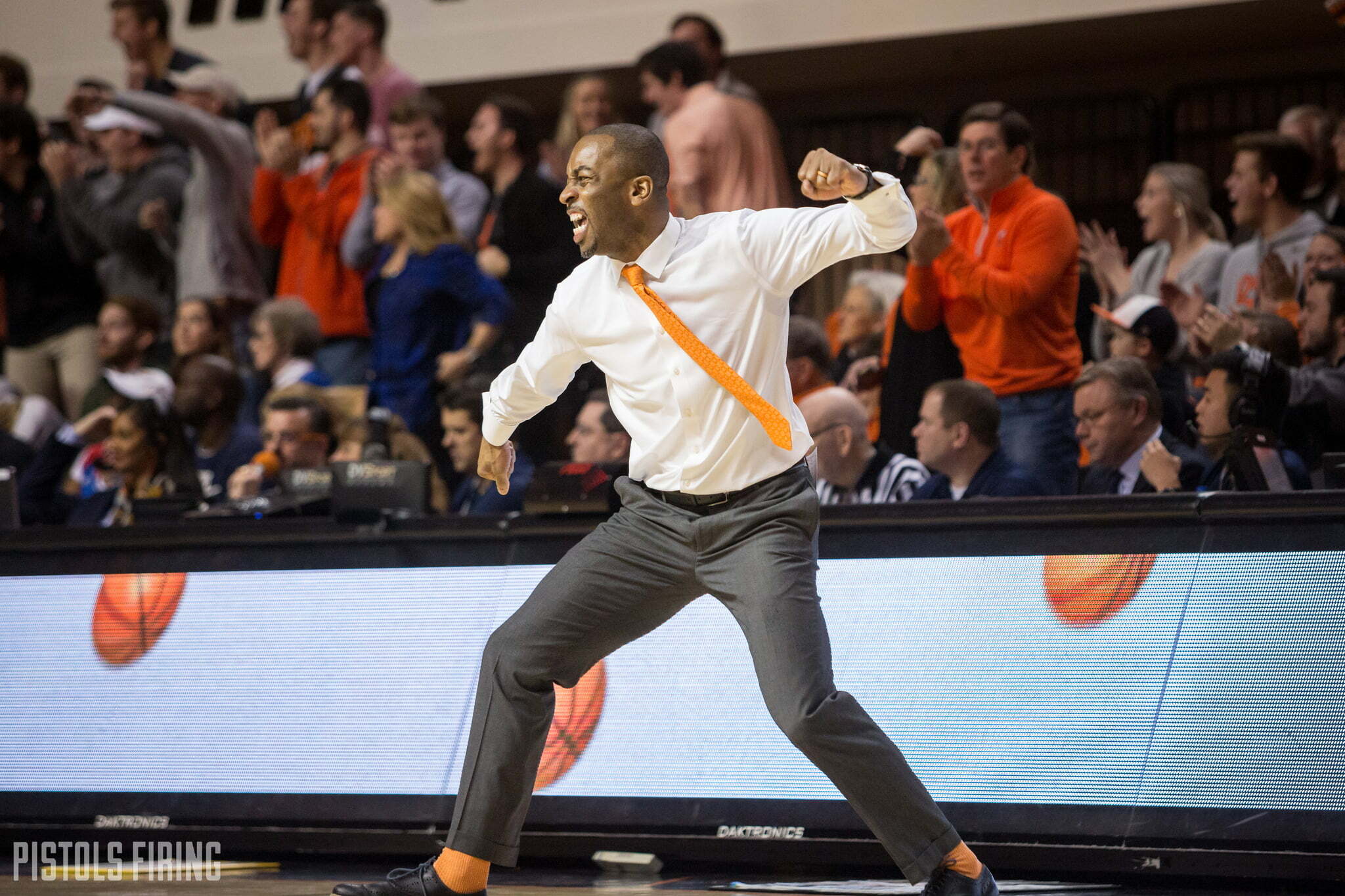 Year two of the Mike Boynton era is about two weeks away from its likely finish.

This year was a definite step back from year one, but what are some things we learned about Boynton throughout the 2018-19 season?

That number has a chance to increase with two scholarships available, especially with the talent Boynton had visiting Stillwater this weekend. If Boynton is able to land Christian Brown, Brown would be the 12th-highest rated commit in school history, bumping 2019 signee Marcus Watson to 13.

Isaiah Todd, who might still be a longshot at this point, would be the fourth-highest rated commit in school history behind Marcus Smart.

Sure, Todd and Brown are hypotheticals for now, but that won’t take away from the fact that the class of Watson, Avery Anderson, Kalib Boone and Keylan Boone is still an outstanding class given the program’s recent struggles.

2. He Means What He Says

At media day before the season started, all the freshmen got asked why they chose OSU, and almost all of their answers were something along the line of Boynton being honest with them.

“He’s also very honest,” Likekele said in October. “He’s not gonna tell you any lies. Everything that he told me whenever I got here, he said he wouldn’t hand it to me, but everything he’s told me when I got here has been up for grabs as long as I worked hard for it.”

“OSU really stood out to me because of Coach Boynton,” Demuth said in October. “What he preached, everything has come true.”

That honesty has been put to the test this season, and Boynton has answered, leading to the three dismissals in January. He has said he wants to rebuild the program the right way, something a lot of coaches will say, but he has proven he is also willing to do.

OSU has had no business being in its past few games.

The Cowboys’ season has been solidified for a while now, yet still they took a conference contender to overtime last week in Lubbock before making Kansas sweat Saturday in Stillwater.

Boynton has said a few times since taking over there are no moral victories. If he did take moral victories, he’d have a lot right now. This is what it is in year two, but at some point fans will demand Boynton’s teams have that no quit attitude in the top half of the conference, something Boynton is aware of.

“In a lot of ways, we’re not playing for much tangibly,” Boynton said Tuesday. “There’s probably not a postseason ahead of us and all that, but for them in terms of continuing to build on what we’re trying to do as a program, it’s inspiring, but I’ll stop short of saying moral victories. I don’t like the connotation that comes with that, and I don’t ever want to send a message that losing is OK because we take the floor every day from November until sometime in March to try to win every game.”

For the time being, a team with with seven scholarship guys competing in one of the toughest conferences in college hoops, his team has shown the attitude of winners, but the results have lacked.

Since the start of Big 12 play, the Cowboys have only gotten smashed three times all of which came against the teams tied for the conference lead (Kansas State twice and Texas Tech once). There might now be moral victories for Boynton, but that has to count for something.

I threw the term “might” in there because there have obviously been a lot of factors that could mess with the Cowboys half-court offense this season.

There have been a lot of times where the Pokes will go through a set to no avail before passing it around the perimeter for the rest of the shot clock. There are some things that could go into that rather that it just being deemed a bad set.

At the beginning of the season, Boynton had a bunch of guys who have never played together before, which lead to plenty of stagnation when the Cowboys couldn’t get on the break. This issue has slowly corrected itself lately, a main fixer being the fact that OSU basically uses six guys, so those six guys’ on-court chemistry has had plenty of time to gel.

Yet still, the Cowboys’ 67.4 points per game is the second fewest in the conference, so the offensive issues are by no means completely fixed, but the Cowboys also have had issues finding a primary scorer this season. Lately it’s looked as if Lindy Waters is that guy, but there have been 16 games this season where he has shot fewer than 10 shots. So, a lot of offensive struggles might also be fixed with a higher-volume shooter on the squad. Regardless of the factors, this is an obvious area that needs improvement going forward.

Teams with a seven scholarship players don’t take a No. 11 Texas Tech team to overtime without good coaching.

From a broad view, OSU’s 10-19 record doesn’t reflect good coaching, but at this point, I think there is more evidence to back up he is a good coach than there is to say anything otherwise. He is able to motivate, something seen in how the Cowboys are finishing off this dreadful season.

Boynton’s Xs and Os might still be in development, as he is only 37 and in his second season as a head coach, but he has also shown a lot of potential there. His baseline in-bounds plays have always been good, and he has shown an ability to adjust.

In OSU’s win against TCU on Feb. 18, TCU switched to a 3-2 zone that stunted the Cowboys offense before the half, and to start the second half, Boynton, though unsuccessful on the execution side, drew this up:

Some of his broader-scale adjustments include the few weeks OSU’s go-to defense was a 1-3-1 zone. The change was made to keep legs fresher, and it worked for a time. When it stopped working, though, Boynton dropped it, and his team is now back to a heavy man-to-man style. Stuff like that proves he is willing to change things up rather than be stubborn and accept losing, something a good coach would do.