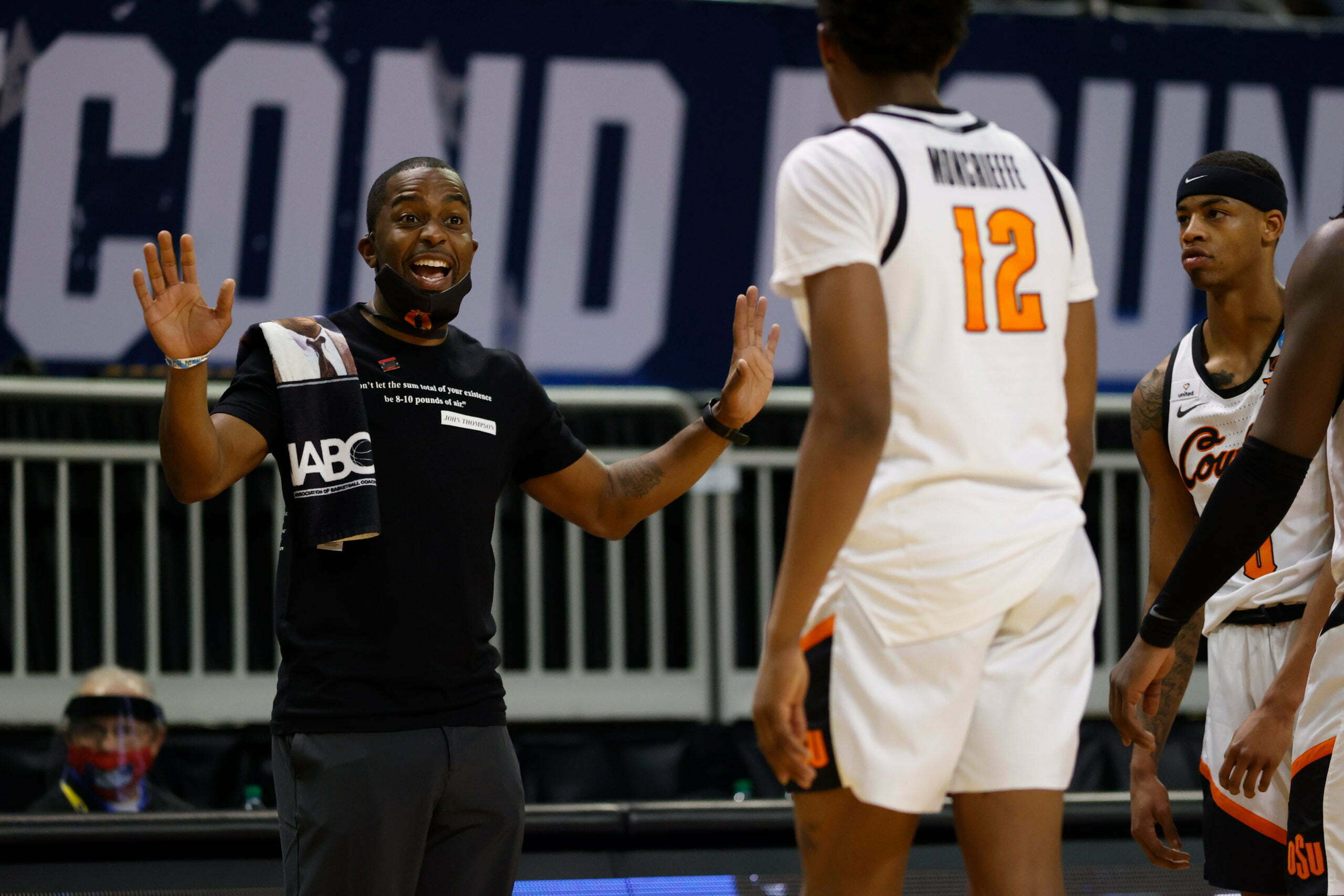 The Cowboys face a quick turnaround between their win over the Flames and their Sunday night tilt with the Beavers. Such is the life of a team playing meaningful basketball in March.

1. OSU Survived a Stinker, and What That Could Mean

The Cowboys were able to survive a poor shooting night from their superstar, and most of the team, thanks to another stellar outing from Avery Anderson and some help from some of their “others.”

Marshall hit on this during his Five Thoughts on the Liberty win, but that term “other” is not really apt. OSU’s been more than a one-man show for some time now. Anderson, Isaac Likekele, Bryce Williams, MA Moncrieffe and Rondel Walker all have shown the ability to put the ball in the hoop when needed, and they routinely make their presence felt in other ways regardless.

That’s good news for the Cowboys as they hope to shake off a rusty start — which they were fortunate enough to survive — and eye a deep Tourney run. That’s still on the table because they have Cade, and he ain’t going 3-for-14 again.

2. Beavers Aren’t Known for Their Speed

The Cowboys did a decent job of speeding up Liberty, currently ranked 347th in adjusted tempo per KenPom. The Flames came in averaging just 10 turnovers per game but the length and athleticism of the Pokes forced them into a season-high 18 TOs that resulted in 18 points. On Sunday, Oklahoma State will face the only slightly quicker-paced (No. 312) Beavers. The Cowboys will benefit from a similarly disruptive defensive performance.

3. The Other OSU’s Wait Was Even Longer

On Friday, Oklahoma State earned its first Tournament win in 12 years in its first appearance in four, but Oregon State’s upset over 5 seed Tennessee was even longer-awaited.

In their last six trips to the Big Dance, dating back to 1984, the Beavers were 0-6 and that included several upsets. Oregon State lost as a 7 seed in 2016 to VCU in Oklahoma City, and it was upset as a 5 seed once and a 6 seed twice during that drought. This marks the first time the Beavers escaped the First Round since 1982 when they made a Final Four run.

The Cowboys are 2-5 all-time against the Beavers, and their last meeting resulted in a 66-53 Oklahoma State win in the 2014-15 MGM Grand Main Event in Las Vegas. Before that, the Pokes had dropped a five-straight to Oregon State from 1967 to 1971.

But the first time the Cowboys met the Beavers, the Pokes were called the Aggies and it was they made it to the Final Four, and won.

Oklahoma A&M defeated Oregon State 55-30 in the 1949 Regional Final to move on to the National Championship game where the Cowboys lost to Kentucky. With a potential Sweet 16 against Brad Underwood on the line, this feels like a pretty big game. But it’s not be the biggest matchup between these two schools.

5. Recipe for an Upset

In their 5/12 upset, the Beavers dammed up the Volunteers offense early (I couldn’t help myself) and made Tennessee play from behind for virtually the entire game. They also cleaned up the glass. Tennessee shot just 8-of-31 in the first half and 2-of-13 from 3 while Oregon State won the battle for the boards 25-16. That resulted in a double-digit lead by the underdogs that ballooned to 20 early in the second.

The Cowboys are also coming off a rough shooting performance against Liberty (their second-lowest field goal percentage this season), so a quicker start would pay dividends for the Pokes. Even though they survived it in Round 1, digging a hole is not advisable as the Volunteers demonstrated. The competition only gets stiffer the further you go in March, seeding be dammed (that’s the last one).