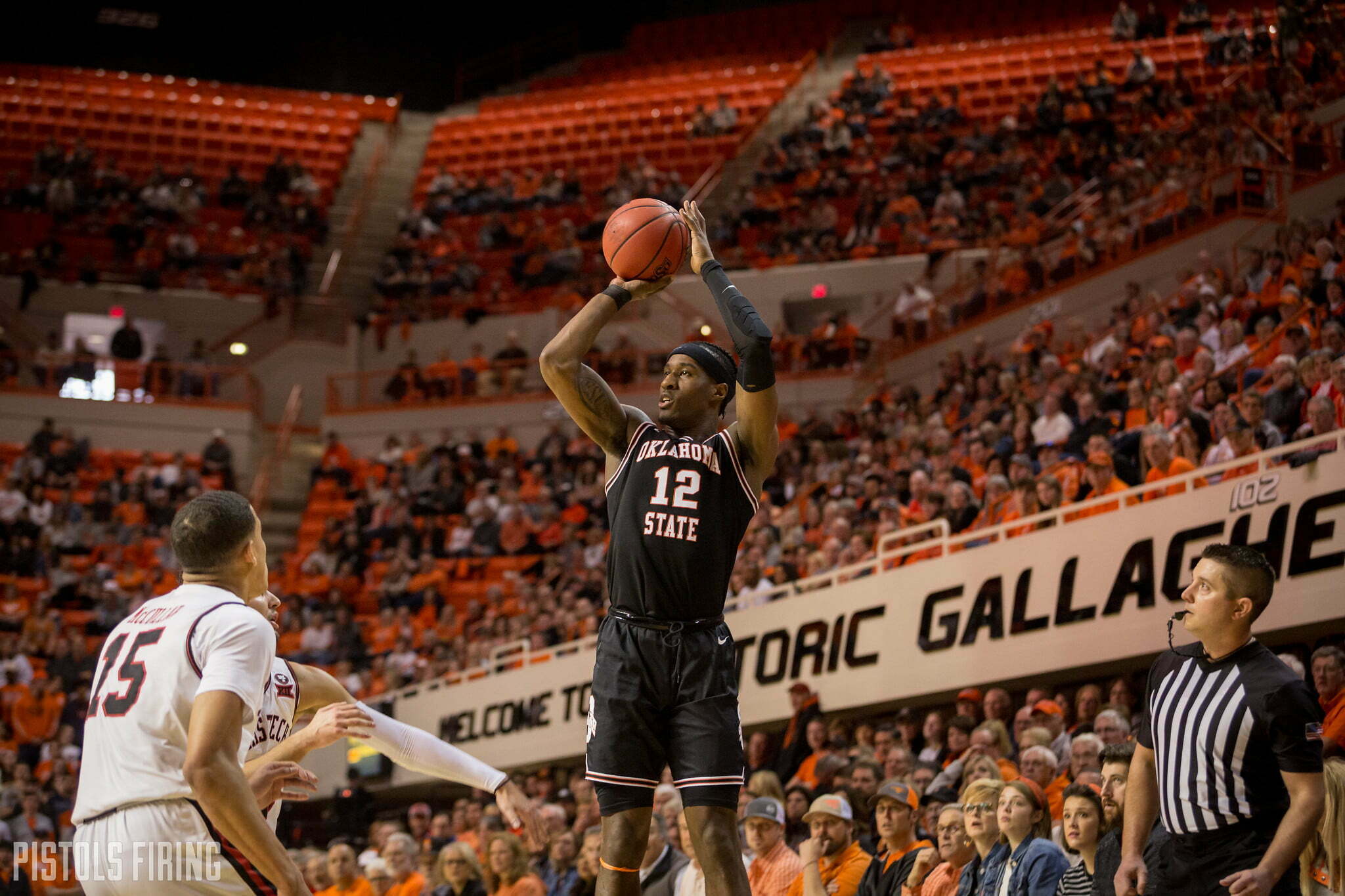 The Cowboys were their new selves and old selves all in the span of 40 minutes.

The Oklahoma State basketball team fell to West Virginia 65-47 on Tuesday night in Morgantown. The Cowboys looked to be on their way to three straight Big 12 wins but came out of the break and looked like the Pokes that started league play winless for eight games.

Here are five thoughts from the Cowboys’ 10th Big 12 loss.

I didn’t think it was possible that there was a stat uglier than the 1-for-20 OSU went from 3 in its first meeting against West Virginia, but the Cowboys found a way.

In the second half, OSU went 5-for-30 on field-goal attempts. OSU shot 16.7 percent for an entire half of basketball. OSU scored 14 points in 20 minutes.

It was made all the more head-scratching considering OSU shot 61.9 percent in the first half.

In the early part of the Big 12 slate (when OSU went 0-8) Mike Boynton talked a lot on the Cowboys’ inability to handle in-game adversity. He said the team wasn’t ready to respond to a run against them. That was better over the past four games, but the Cowboys relapsed Tuesday.

The Pokes attacked the basket just as they had as of late, but when they got there, they often tossed the ball at the backboard, half expected a foul and spilled to the floor just for WVU to be running up the other end. OSU was just 4-for-16 in layups in the game.

That aggressive style of offense was always going to be difficult against West Virginia. Mountaineer big men Oscar Tshiebwe and Derek Culver and two of the biggest physical presences in all of college basketball, and the pair played like it Tuesday.

West Virginia’s physical dominance leads me to my next point, Isaac Likekele struggled.

After having a breakout game in Morgantown last season, Likekele had a crummy outing Tuesday. He finished with five points, eight rebounds, two assists and three turnovers. He rebounded well, but his ability to put the ball in the whole just wasn’t there. He was 1-for-7 from the field including a few open misses right at the rim. He was also just 3-for-6 from the stripe.

You can’t put too much on him, as Likekele has been a major key to the Cowboys’ success when they’ve had it, but it was just not his night.

There was one Cowboy who did play well, though.

Senior forward Cam McGriff finished with a game-high 19 points on 8-for-14 shooting to go with five rebounds and two blocks. He was particularly dominant in the first half, going into the break with 13 points and having missed only one of his seven shots.

McGriff’s entire career in Morgantown was a solid one. He finished 3-1 in WVU Coliseum, and here were his game-by-game numbers:

5. Where Do the Pokes Go from Here?

Midway through the first half, I was ready to detail out an realistic path to the NCAA Tournament for the Cowboys, but now things are back to seeming bleak.

To make the Tournament from here, the Cowboys would probably need to win out (vs. OU, at KU, vs. ISU, vs. K-State, at UT) and pick up a win or two in Kansas City. Given that OSU has one three of their 13 Big 12 games this season, that seems unlikely.

There is still a realistic route to the NIT, as underwhelming as that may seem. OSU is 13-13 overall this season, and if the Cowboys can finish the year .500 or better they could be back where they were in Boynton’s first year.