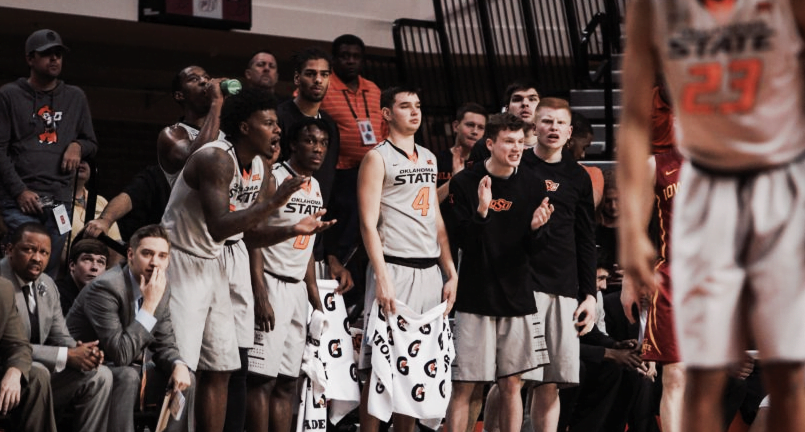 After Oklahoma State took it’s biggest lead of the night of four points with 7:46 left in the second half, the Cyclones closed the game on a 31-17 run to shut the door on OSU’s hopes of securing its first Big 12 win under Brad Underwood.

There’s not an easy way to say it, but Monte Morris was the best point guard on the floor. Morris had 30 points, 5 assists, and dominated the pace of the game. He had just one turnover. Meanwhile, Evans finished with 12 points on 4-of-14 shooting, and had 7 assists to 3 turnovers.

It continued a theme with Jawun Evans’ struggles in Big 12 play – at least relative to what we’ve come to expect from the sophomore guard. In non-conference play, he averaged 20.2 points per game. Through four Big 12 games, he’s averaging 13.5 points, and hasn’t quite found a rhythm and emerged as the primary scorer that OSU needs him to grow into.

Evans missed the Tulsa game with what was ruled as a shoulder injury, and since then, his shot hasn’t quite returned to form. At least from a production standpoint. Is it still nagging him? It may explain some of his slumps he’s going through. Unfortunately, Oklahoma State is only as good as its best player.

With Hammonds at the 5, it was hopeful that he could help combat Deonte Burton — who has the size of a power forward but plays like a wing player.

As an effect of that, the hope would be that it could minimize turnovers. Five ball-handlers on the floor, in theory, would do that.

Both failed. OSU turned the ball over 16 times, and Burton finished with 12 points, 6 rebounds and 3 assists. Lucas N’Guessan was a complete scratch, and Mitch Solomon, despite a strong game, still was a bad matchup on the whole for a more athletic and lengthy Iowa State team.

If we’re talking about best pro prospect, everyone knows that belongs to Jawun Evans. But Jeff Carroll may be the best college basketball player on this team. He finished with 21 points on 9-of-14 shooting, 7 rebounds and 3 assists. He’s been outrageously effective when he’s on the floor. Even when Lindy Waters returns, he’s made a pretty solid case he deserves a starting role.

Watching the game, there’s some very high bright spots seeing this team in action. The Cowboys can string together some nice defensive stops and offensive sets and look truly impressive. But it’s not been sustainable. And that is, in my opinion, just part of the deal with a head coach taking over a rebuilding job.

Say what you want about Travis Ford, but outside of Jawun Evans, the cupboard wasn’t exactly overflowing. Based on how Underwood has recruited his 2017 class, I’d make an argument that at least five of the players on the team wouldn’t have even been recruited by him because of the talent.

It’s not a knock on OSU players, or on Underwood himself. But the talent to compete in the Big 12 frankly needs to improve. And that doesn’t happen just by bringing in a guy who can coach his pants off.

Bottom line is this: Iowa State is a better basketball team than Oklahoma State. As was West Virginia. And Baylor. They’re all more talented. And all of them have had coaches in place who have been recruiting their own guys for years. It takes time.

Is OSU being out-coached? No. Are the players not responding to Brad Underwood? They are. But the talent disparity, even among the team’s competing at the bottom of the standings, is still notable. It’s a process. As frustrating as it is, there’s still no reason to hit the panic button.

I prefaced this one by telling you not to panic, but the schedule doesn’t exactly get any easier from here.

OSU plays Kansas in Phog Allen Fieldhouse on Saturday, get No. 25 K-State at home, travel to Texas Tech (who will likely be ranked), then play Jamie Dixon’s TCU horned frogs who may be the most improved team in the conference.

Scratch that, they are the most improved.

An 0-8 Big 12 start is on the table. Things are almost certainly going to get worse before they get better.