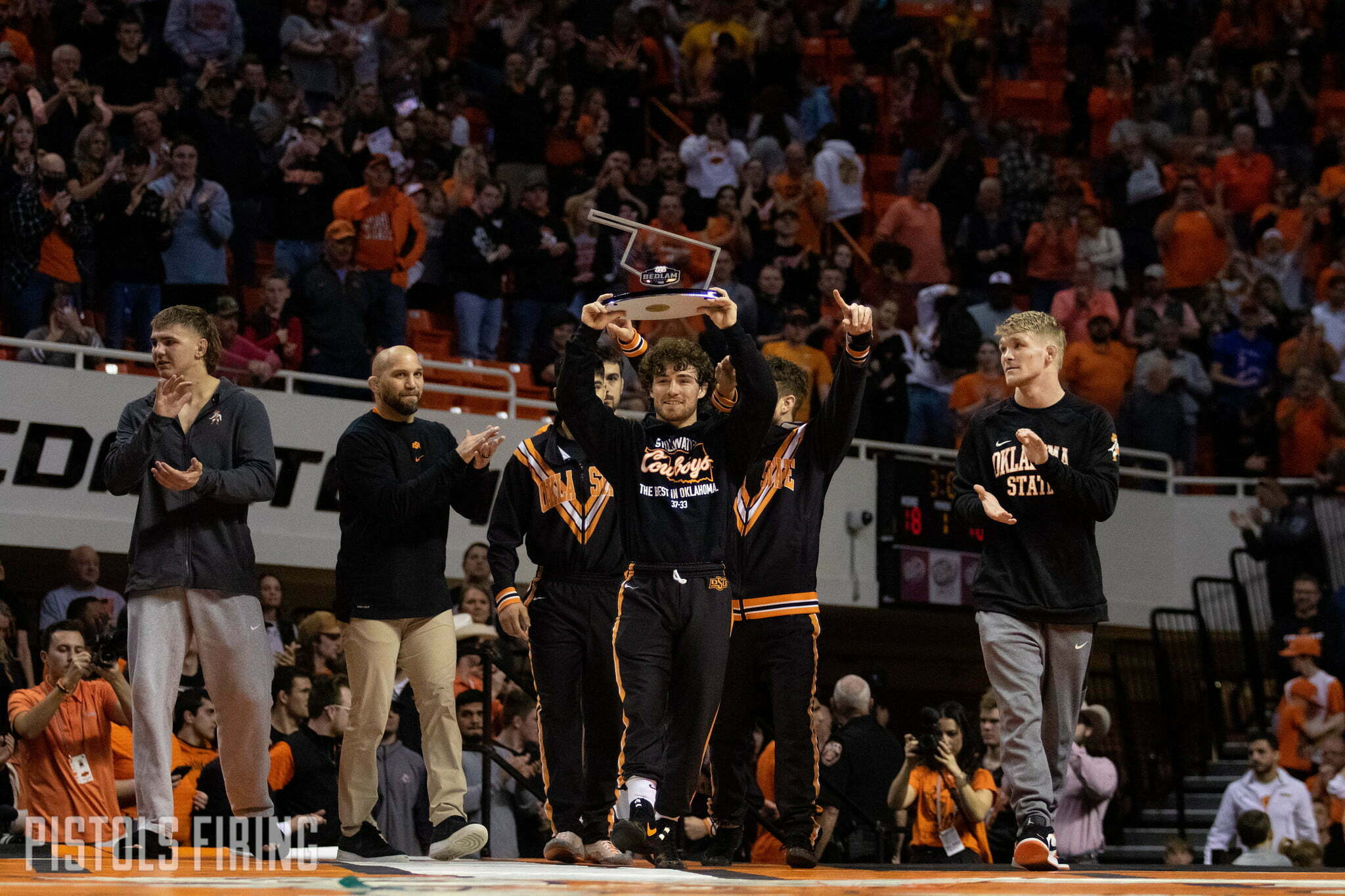 After having a few days to digest things, I thought I’d take a look back at last Sunday’s Bedlam and share five thoughts on the dual. Let’s dig in.

1. What a wild finish

This goes without saying, but this was an incredible finish. Going in it felt like a dual that either team could win. But coming down to the final match between Luke Surber and Keegan Moore, a former OSU wrestler who transferred to Northern Iowa and then OU, I don’t know if you could write a better script for an exciting finish.

2. It’s still not what Oklahoma State fans want to see

In the most recent NCAA Coaches poll, the Sooners were unranked and the Cowboys were sitting at No. 13. You can embrace and love the excitement of a dual like that but also realize that neither one of these programs are where they’ve traditionally been. Historically, both are top-five programs. A 13 vs. unranked is not the “sexy” matchup that normally exists in this rivalry, and it’s tough to see on both sides. The sport, the schools, the state and everyone involved should expect better.

3. The transfer portal is what kept OU in the dual

Seven starters on the Oklahoma roster came from the transfer portal. SEVEN! For those who don’t follow wrestling closely, that’s seven of 10 starters in the lineup — 70% of the starters on the team. Only one of their wins on Sunday was from a wrestler that came straight to OU out of high school and wrestled for the Sooners for the duration of their college career. That was their heavyweight Josh Heindselman. There are two ways you can view that, and both probably have some truth to them. 1. OU might not be developing their own guys the way they need to. 2. They’re doing a really good job pursuing and recruiting transfers.

On the flipside of that, OSU is not seemingly doing anything with the transfer portal currently. Their last transfer starter was Dakota Geer a few years ago. They’ve had success with transfers in their program. Geer, Derek White, Tyler Caldwell and Steve Mocco are a few that come to mind, but in the “transfer portal” era it’s not something they’ve done. And they lost matches against four transfers in this dual.

4. Next round should be fun

They run this back on Feb. 16 at Gallagher-Iba. Interestingly there could be a slight change to OU’s lineup. All-American 197-pounder Stephen Buchannan announced he was transferring to OU a few weeks ago. I’ve heard mixed assessments on whether or not he’ll be eligible this year, and really have no idea whether or not he will. But regardless of how this plays out, it all sets up for a very exciting night in Stillwater.

5. I hope this series continues

There is a lot of conjecture surrounding what will happen to the Bedlam rivalries in all sports moving forward as OU moves to the SEC. By most accounts, it’s going to end in football but expected to continue in other sports. It would truly be a tragic thing for all involved if this does not continue in wrestling.