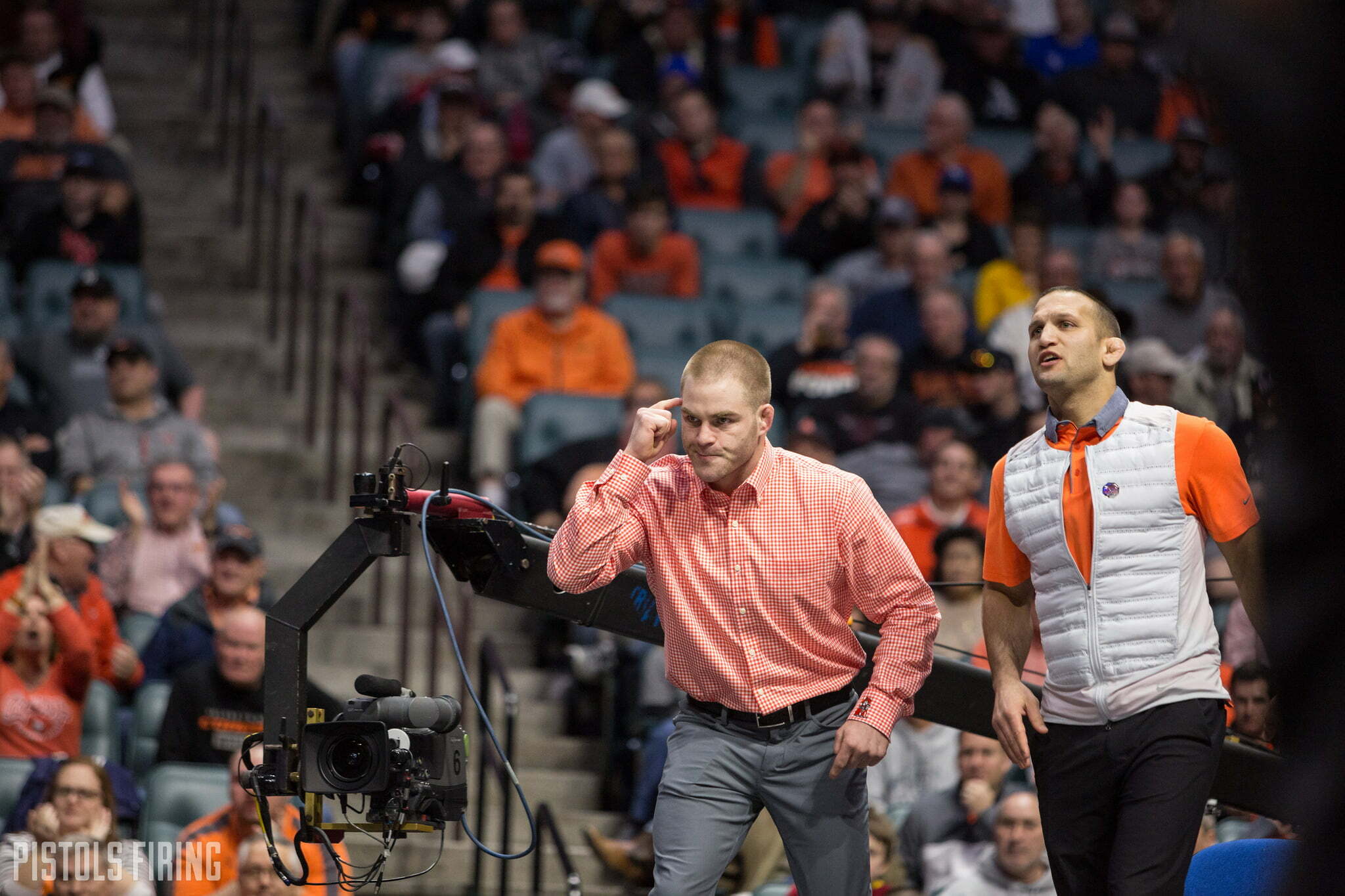 OSU knocked off Wyoming 27-6 on Sunday in Gallagher-Iba Arena in its season home opener.

Here are my five thoughts on the performance and a few other things from the season so far.

OSU Needs to Get Better on Bottom

Chandler Rogers, Kaid Brock, and Jacobe Smith all gave up a lot of riding time. Brock’s match wound up much closer than it probably should’ve been, Jacobe needed an insane late reversal to win his, and Chandler Rogers lost in a match he was favored in. This all happened, in part, because they couldn’t get off bottom. As a whole this is an area where OSU has traditionally struggled a bit. It’s an area you really want to see improve.

On the flip-side of the issues some guys had getting out, we saw other do really well on top. Dakota Geer, Andrew Shomers, Daton Fix, and Kaden Gfeller all racked up a lot of riding time and got turns that led to big wins. I’m told Chris Perry, who had a pretty strong top game, has been putting in a lot of work with these guys on their riding. It’s showing.

The New Guys Are Good

Daton Fix, Kaden Gfeller, Andrew Shomers, and Dakota Geer all made their Gallagher-Iba debut here and all looked very good in it. As a group they have been really impressive to this point in the season. They are a combined 19-1, with the only loss coming by Andrew Shomers. That loss was on a last second throw, in a match he was leading, over the No. 8 ranked wrestler in the country at his weight. They very easily could be an undefeated group.

I like what I’ve seen on the whole from Shomers. He’s very talented and could be an All-American this year in my opinion. He needs to finish periods and watch the funky stuff guys tend to do late in matches though. As mentioned earlier, his one loss this year came on a late throw, and he came close to dropping his match here late after this exchange. He brought it up in the interview afterward and I think he knows it’s something he needs to work on.

Nick Piccininni Could Be an NCAA Finalist at 125

Nick has looked really solid to this point in the season. At his weight class, Iowa’s Spencer Lee is a clear favorite to repeat as the NCAA champ. There are about five or six guys that going into the season people would’ve said had a shot to be No. 2 behind him. I think Nick is starting to position himself in that No. 2 spot. He beat rival Sean Russell at Minnesota, and notched a solid win here over another ranked wrestler in Cole Verner. The only other spot I believe he’ll see any of the other guys ranked above him will be Ronnie Bresser at Reno. That will be a key match for Nick as it could determine seeding for the NCAA tournament and decide who will be opposite Lee in the bracket in March.