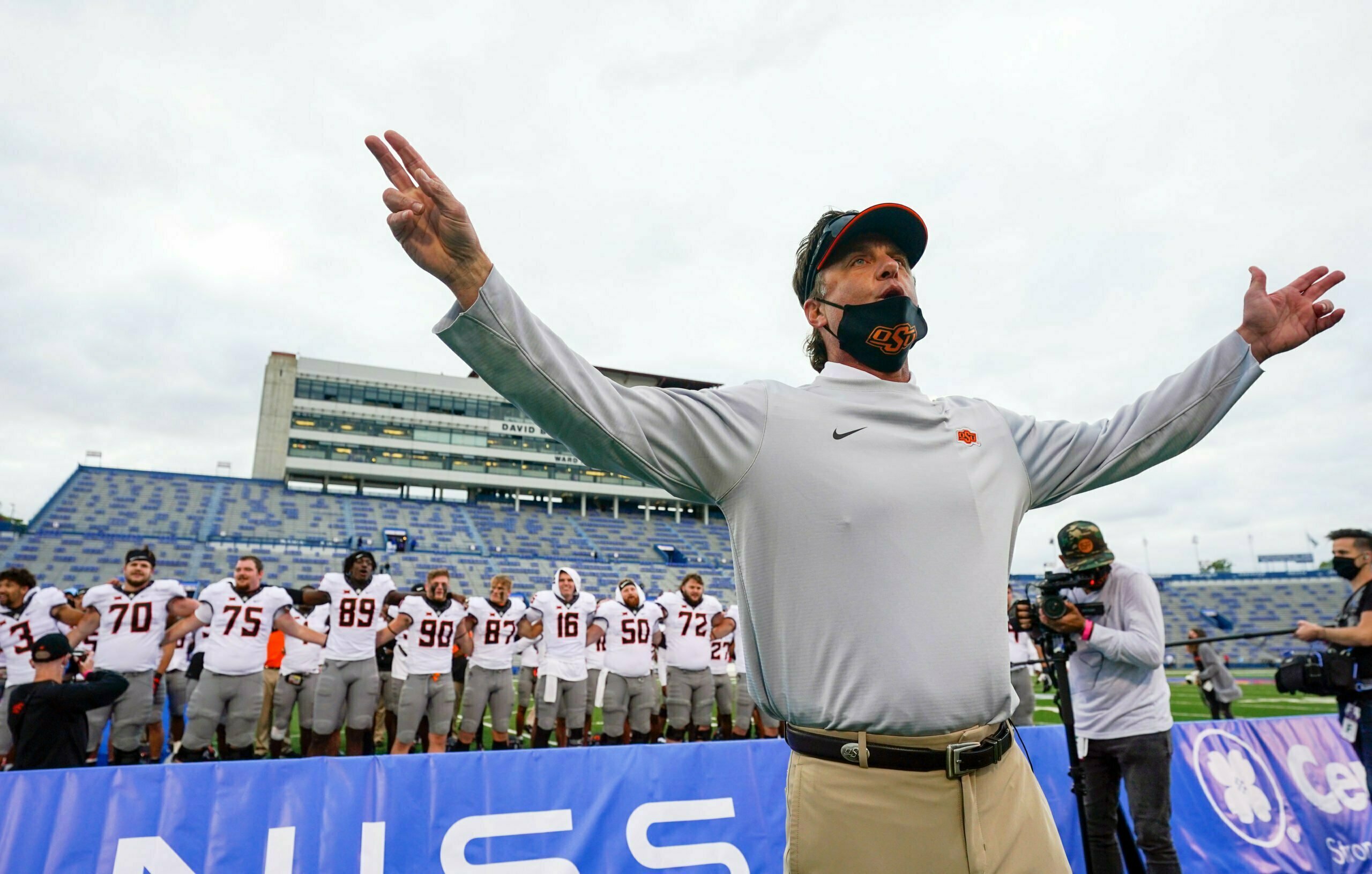 It was an eventful signing day of the positive variety.

Here are five thoughts on the class recapping the first day of the early signing period, and what looks like the only day of the period of consequence for the program.

1. Help on the way up front

Skill talent can only be as effective as the big men up front paving the way on both the offensive and defensive lines. And so this class should be celebrated because of how OSU addressed that. Four-star defensive tackle Aden Kelley is a one-man wrecking crew on that end of the ball, and on offense, junior college tackle Caleb Etienne — all 6-foot-8, 310 pounds of him — figures to be a factor to start from day one.

This should be a really solid offensive line group. Etienne is a monster and Nobles and Barr have some appeal in the long-term. Outside of Etienne I don’t anticipate this group having an instant impact — it takes time to become contributors at the Division I level — but the big men up front in this class should engender some hope for the future. Some of Gundy’s best teams have been built from the inside out and this class helps in the quest to get back to those fundamentals.

This class moved up inside the top-40 of the national rankings Wednesday and into the No. 3 spot within the Big 12. And it’s more than just quality; it’s quantity. The 86.13 per-player ranking average is second-best among all classes in the Gundy era, to further hammer home that point, with five top-500 players and two four-stars in Aden Kelley (DT) and Bryson Green (WR).

Quarterback play this season has been inconsistent at best, and bad at worst. It remains unclear if Spencer Sanders or Shane Illingworth are the long-term answers at the position. Yet OSU opted not to take a quarterback this cycle — at least not yet, and not outside Gunnar Gundy, who is walking on — and Mike Gundy remained noncommittal when asked about that decision on Wednesday.

“Well, I mean we’re always looking for what’s out there, but these are the positions that we feel that that we needed to fill to solidify the numbers that we look for by position across our board,” he said.

Gunnar was a star for Stillwater High but garnered little interest as a recruit. He will not count against the scholarship total because he is walking on, but it’s unclear if he’ll be able to challenge for playing time. It could leave OSU actively seeking help at the position in the transfer market this offseason, perhaps with a grad transfer in the same way Dru Brown landed at OSU via Hawaii.

OSU has its second pair of twins in the last five years with Bryson and Blaine Green, two receivers from Allen, Texas. Bryson is the higher-rated of the two, but both managed to put up big numbers for the Texas powerhouse and garnered a ton of interest and offers before picking the Pokes. Very talented ball hawks who are electric in the open field.

OSU hit the jackpot when it landed Tylan and Tracin Wallace several years ago; Tylan became a star NFL prospect, and Tracin became a First Team All-Culture kid. If OSU has the same success with the Green twins as they’ve had with the Wallaces, Mike Gundy’s going to be mighty pleased about this packaged deal.

Chuba Hubbard’s NFL departure and LD Brown’s likely NFL departure leaves a void at the running back position. But this class, somewhat surprisingly, appears to be set in addressing those needs. The class has long held a commitment from Jaden Nixon at the spot but on Wednesday it added Utah State transfer Jaylen Warren to the mix. We’ll see if either can compete for playing time right away — my money is on Dominic Richardson and Dez Jackson opening next season atop the depth chart — but it’s encouraging that the position did indeed get addressed. The future of the position seems to be in good hands.