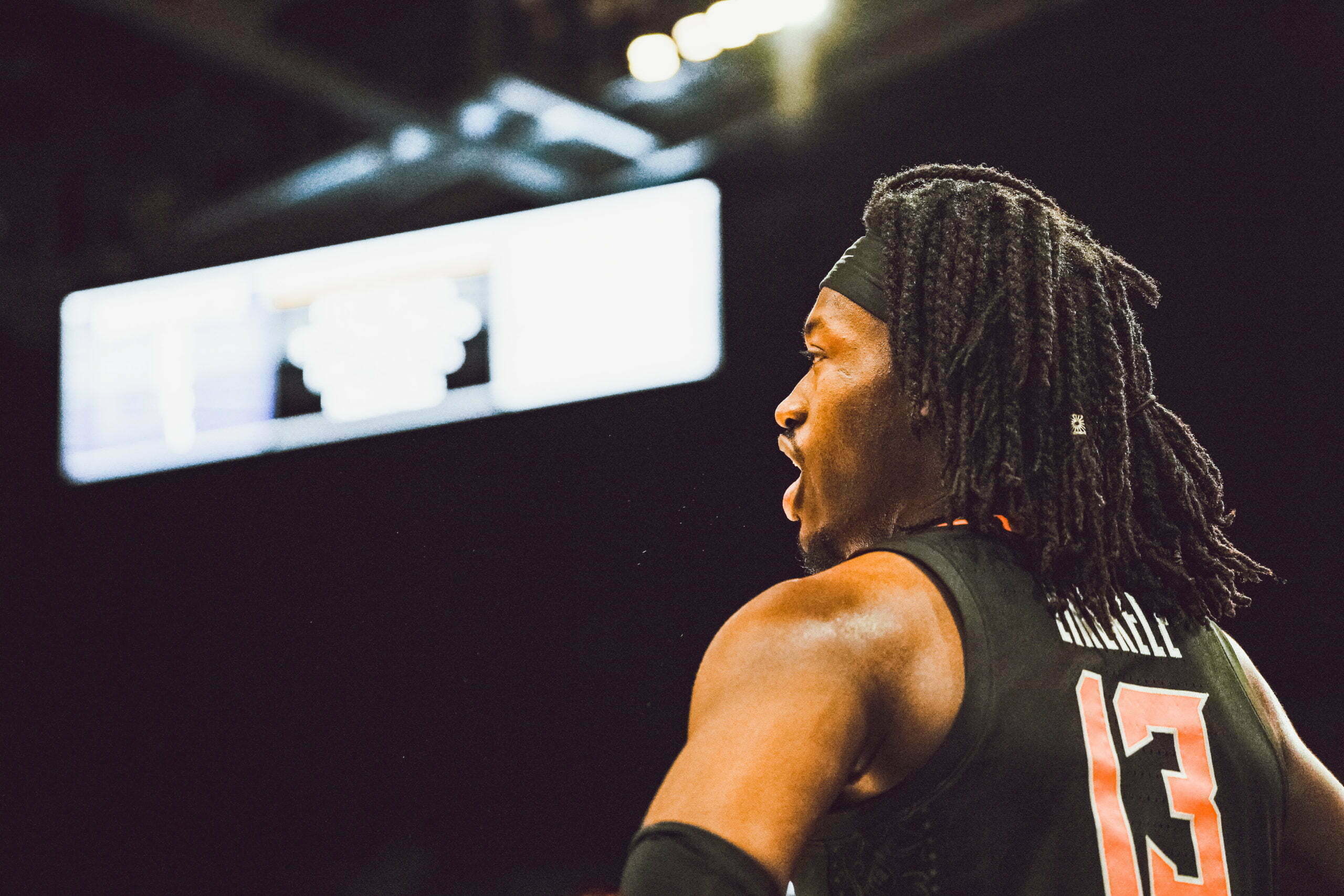 The Cowboys got the Big 12 off to a hot start in the Big 12/Big East Battle on Tuesday night.

Oklahoma State beat Marquette 70-62 in Milwaukee despite the young Pokes finding themselves in an early deficit. OSU is 3-0 for the third time in Mike Boynton’s four seasons as head coach. Here are five thoughts from the Pokes’ biggest win thus far this season.

The Cowboys were on blowout alert early in Tuesday’s game, but then Mike Boynton switched things up with a zone defense.

Marquette led 15-4 about five minutes in. Boytnon made the switch, and the Cowboys went on a run that saw them take a 20-19 lead about six minutes later.

The Golden Eagles looked as if they had never seen a 2-3 zone in all their years of playing basketball, and that can in large part be attributed to Bryce Williams and Rondel Walker, who we’ll get to.

Marquette was dumbfounded often dribbling the ball along the perimeter until late in the shot clock before heaving up a contested jumper. This was especially good because Marquette has two dominant bigs in Theo John and Dawson Garcia. The zone essentially took both out of the game.

The Pokes forced the Golden Eagles into 24 turnovers. OSU scored 34 points off those turnovers.

I’m not sure if this zone is a long-term solution, but the Cowboys made it work when things went south against a big Big East team.

2. Rondel Does It Again

Rondel Walker had his coming out party against Texas Southern on Saturday, but Tuesday he showed he was no one-hit wonder.

Walker scored a team-high 16 points on nine shots. He added a rebound, a block, a steal and a trio of and-ones.

Through his first three collegiate games, Walker is averaging 11.7 points. That’s second among Cowboys to Cade Cunningham. He looks comfortable. He looks confident. And that’s because he is.

“It wasn’t nessesarily an expectation to keep it going,” Walker said. “I feel like this performance and my last game is something that I feel like I can contribute on a day-to-day basis. It’s just letting the game come to me and just getting stops and playing within our offense, and I feel like everything else will take care of itself.”

Mike Boynton has talked Bryce Williams in the preseason, and now the college basketball world knows why.

Williams missed OSU’s trip to Arlington because of an emergency dental procedure, and he played just three minutes against Texas Southern on Saturday. But with OSU down two guards Tuesday, Williams made the most of his first extended minutes of the season.

Williams scored 13 points thanks in large part to his 3-of-5 effort from 3-point range. Standing atop OSU’s 2-3 zone with Walker, Williams also swiped a game-high four steals. He also led the Pokes in assists with four.

Boynton has referred to Williams as a Jack-of-all-trades type, and that was on display. It’s a wonder how Ole Miss was unable to use him because it seems like he can do nearly everything.

Isaac Likekele was doing his best Dezmon Jackson impersonation at times Tuesday, getting downhill and being unstoppable.

Likekele’s numbers have been quiet in the early part of this season with guys like Cunningham, Walker, Williams and Keylan Boone popping off in the scoring department, but Likekele is just constantly filling the box score.

He finished with 11 points, six rebounds, three assists and a steal. He shot 56 percent from the field and made his only 3-point attempt of the game.

He’s now 3-for-5 (60 percent) from behind the arc this year. Before this season, Ice hadn’t made a 3 in consecutive games in his career. He has hit a 3 in each of his first three games as a junior.

The best part of this bucket is Likekele got the ball before crossing the half-court line, and you can hear Boynton say, “layup.” So, Ice coolly tucks the rock like it’s a football and gets past all five Marquette defenders for a bucket.

This felt like the first game this season where all of the attention wasn’t on Cade Cunningham, but he still effectively dominated everything he did.

Cunningham finished with a season-low 15 points (a ridiculous way to phrase that), and he had six rebounds, two assists, three steals and a block. He also shot 55 percent from the field, going 6-for-11.

It felt like he was used in the post-up game more Tuesday night, and he played well defensively, which was a question mark about him coming in.

Cunningham already has quite the college highlight reel of him just being a better basketball player than everyone he is on the floor with, but this might be his most jaw-dropping play as a Cowboy thus far.