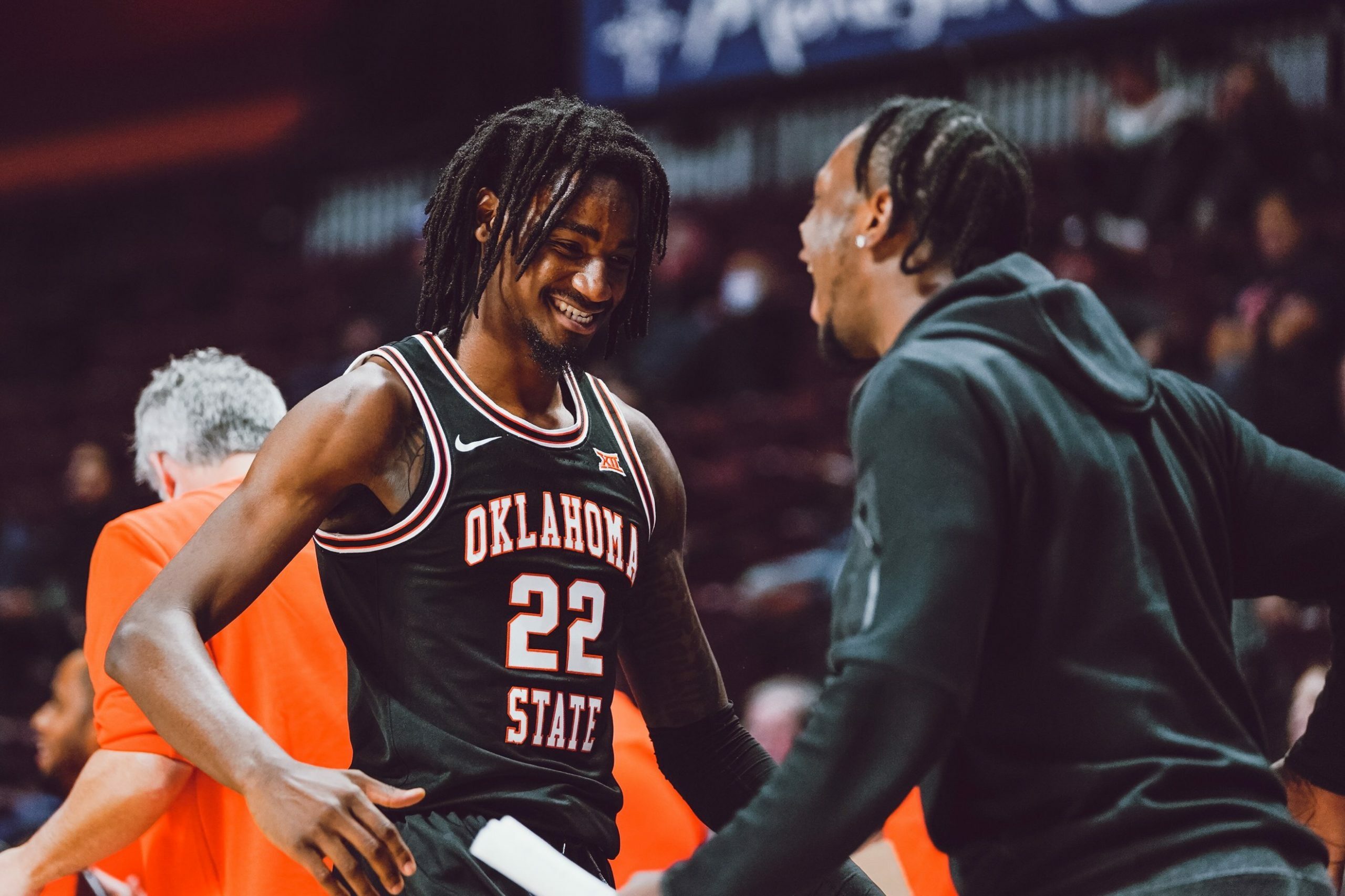 The Cowboys still have a few kinks to workout in the half-court offense, but they’ll defend a team to death.

Oklahoma State defeated NC State 74-68 in the Basketball Hall of Fame Showcase on Wednesday night in Connecticut. The Cowboys advance to 4-1 on the season, but things started rather dicey.

OSU followed that up with a 12-0 run to end the half in the final 3:01 to take a 31-25 lead into the locker room. That run consisted of five points from Rondel Walker and four from Bryce Thompson. Thompson capped it off with a breakaway jam off a lovely assist from Isaac Likekele.

Free throws were all NC State had in the second half, going 24-for-26 from the foul line in that frame. Things got a little hairy toward the end, but apart from a possession or two where OSU found a way to make a stop, things never seemed in too big of danger.

Mike Boynton and Jim Knowles are more than likely different people, but I haven’t seen DNA evidence of it yet.

OSU clamped NC State on Wednesday to make up for the Cowboys’ slow offensive start. The Wolfpack shot 30% in the game and just 29% in the second half. NC State made just 17 field goals, relying on the free throw line for the rest. The Cowboys also blocked 10 shots and forced NC State into 17 turnovers.

This team still has some things to figure out on the offensive end, but the Cowboys have yet to allow an opponent to shoot better than 40% from the field. That’s a good recipe for success.

2. Fouls Not Ideal, but They Highlight OSU’s Depth

The Cowboys were whistled for a season-high 27 personal fouls Wednesday night. That’s bad for OSU in that NC State got to shoot 35 free throws, but it also showed just how deep OSU is.

Mike Boynton started Moussa Cisse and Matthew-Alexander Moncreiffe in the frontcourt. Because of foul trouble, Cisse played only seven minutes and Moncrieffe played only nine. In there places came Kalib Boone (who we’ll get to) and Tyreek Smith (who we’ll get to) who combined for 30 points on 62% shooting to go with nine rebounds and six blocks.

Kalib Boone missed two games with a shoulder injury he suffered in the preseason. After playing sparingly against Prairie View A&M and UMass Lowell, he was all the way back Wednesday night.

Cisse provides this team a lot defensively, and he has also been a solid scoring threat for OSU in this young season. But Boone’s immaculate footwork in the post instantly bumps him up to one of OSU’s best offensive threats. He is also an anchor defensively, sending back five shots Wednesday night. And let’s not forget he led the Big 12 in blocked shots last season.

Boynton has talked about finding a way for Boone and Cisse to share the floor. If Boynton and Co. can figure that out, good luck trying to score in the paint. If they can’t figure that out, it’ll be fun watching the pair attempt to out-do each other night after night.

4. Have a Day, Tyreek Smith

Boynton said Tyreek Smith was practicing like a starter in the week leading up to the season, but his on-the-court impact had been lacking — until Wednesday night.

In just 13 minutes, Smith had 10 points (career high), five offensive rebounds (career high) and a block while shooting 72% from the field. His percentage was so high because he had a few looks like this:

Frontcourt depth has plagued not only the Boynton tenure, but much of OSU basketball’s recent memory. The season is young, but with guys like Boone, Moncrieffe, Cisse and Smith, those days might be gone.

After taking a pair of games in Connecticut, Mike Boynton is 8-2 at preseason events as a head coach. That stat is made more impressive by the fact that UMass Lowell is the only mid-major school OSU has played at one of those events under Boynton.

And not all of those OSU teams turned out particularly great. Remember, last year was the first time a Boynton-led team made the NCAA Tournament.

There probably isn’t too much to be drawn from Boynton winning 80% of his preseason event games, but it probably showcases just how tough the Big 12 is. Boynton is 31-41 in Big 12 play.