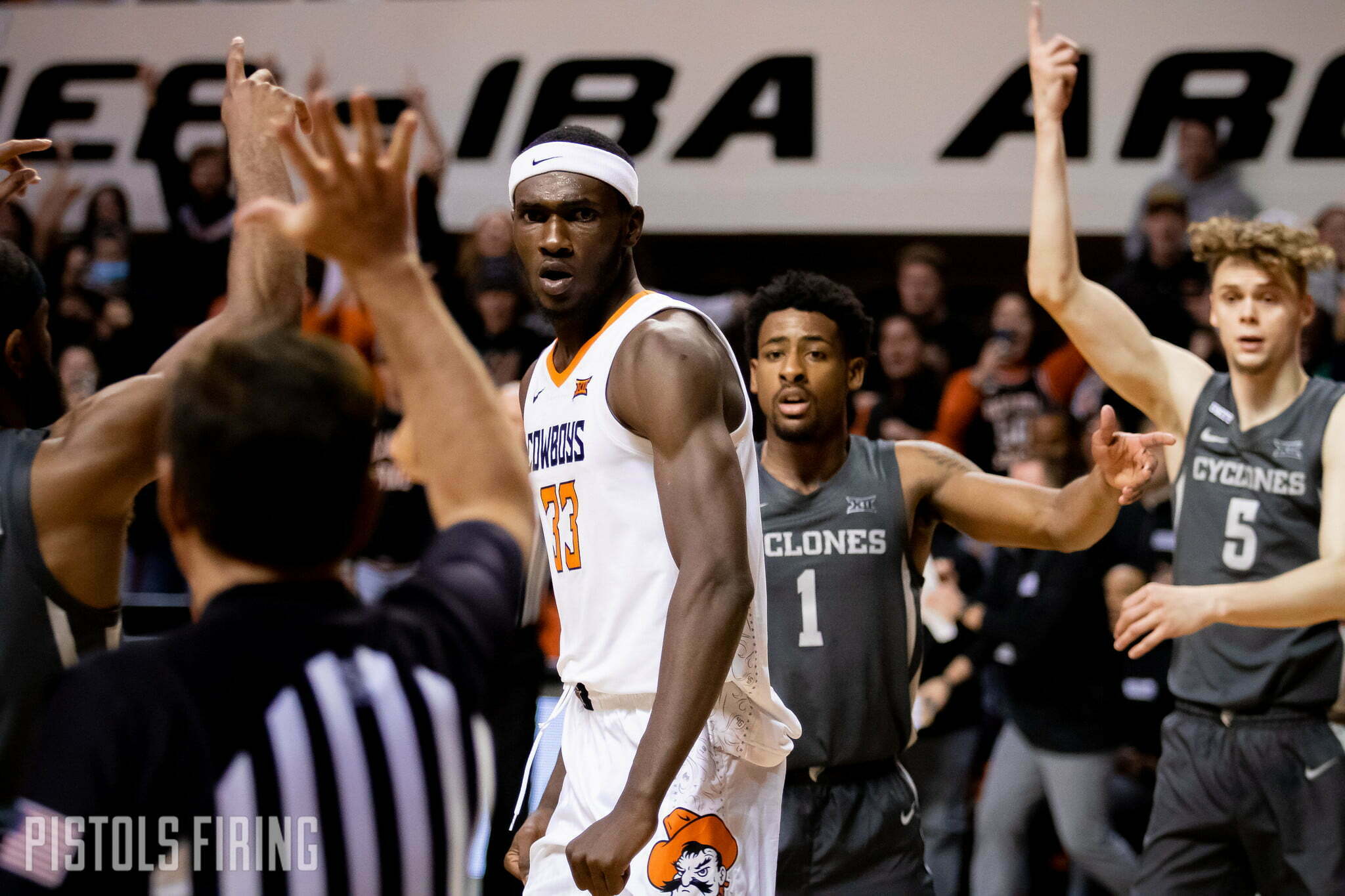 The Cowboys looked the best they had in a while … for a half.

Oklahoma State lost to Florida 81-72 on Saturday in Gainesville despite the Cowboys boasting a 16-point lead in the second half. But then things came to a slow and painful crumble for the Pokes as they fell to .500. Here are five thoughts on the game.

The Cowboys haven’t played well all the time this season, but they’ve almost always played hard. Florida played harder than OSU for a good chunk of that game.

OSU was sloppy in possession in the second half, leading to 12 second-half turnovers. The Gators played stingy defense. Florida wasn’t shooting all that well, but they found a way to manufacture points — getting to the free-throw line.

Florida was 33-for-41 (80%) from the line Saturday after entering the game shooting 71% from the stripe. Say what you will about the free-throw disparity (Florida shot 41 to OSU’s 19), but that shows the Gators were the aggressors.

The Cowboys are usually a team that thrives in fast-paced action, but they were outplayed in that area Saturday.

2. Gators Make Up for Lack of Size

Height usually makes a difference in basketball, and the Gators were at a heavy disadvantage there Saturday.

Colin Castleton is Florida’s leading scorer, averaging 15.4 points a game, but the 6-foot-11 Michigan transfer has been sidelined for two weeks. And 6-11 Jason Jitoboh recently had season-ending surgery. That left the Gators lacking any sort of size against a long Cowboy team.

Here is a look at the total minutes played for players listed 6-7 or taller on each team:

OSU scored 32 points in the paint to Florida’s 12, another stat that was negated at the foul line. OSU also outrebounded Florida 34-28, but again, free throws.

3. The Differences in Halves

The obvious differences in the two halves Saturday involve free throws and turnovers, but there were others.

The Cowboys had trouble getting into their offensive sets through Florida’s press, meaning a lot of OSU’s second-half 3-point attempts were out of rhythm. Yet still, the 70% OSU shot in the first half was probably a little fool’s gold, considering OSU came into the game making 29% of its 3-point attempts.

To go with the turnover talk, OSU had nine first-half assists to only one assist in the second half. It wasn’t pretty basketball.

Senior guard Isaac Likekele led the Cowboys with 14 points on Saturday, putting him 42 points away from 1,000 in his career.

That means Likekele needs to average only 4.2 points a game across OSU’s final 10 to join the 1,000-point club. He already has more than 400 assists and more than 150 steals. If he averages four rebounds a game over the next 10, he’ll also finish with 600 rebounds.

He’d become the 44th player in program history to reach the 1,000-point mark should he score the 42 points he lacks.