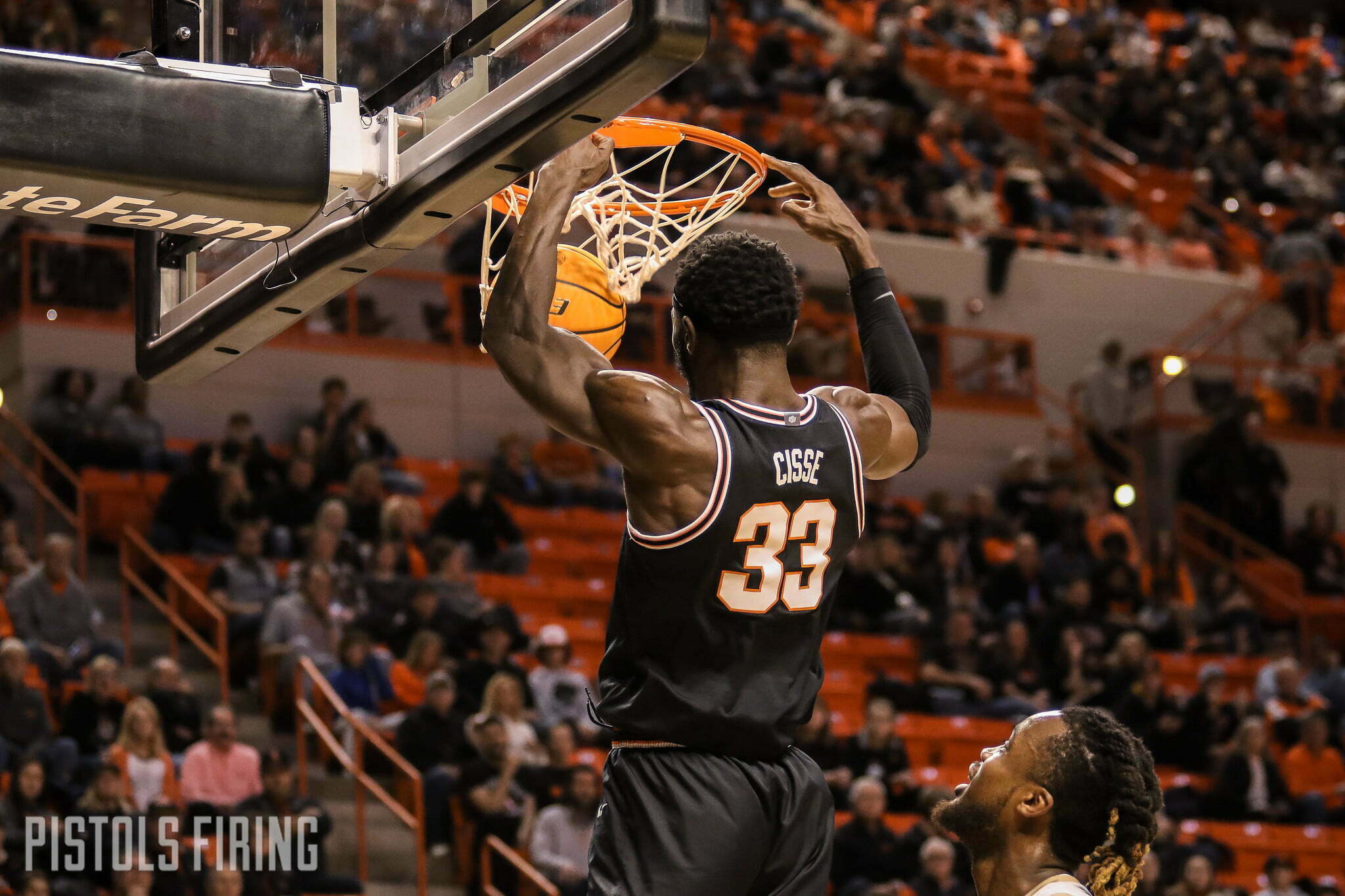 STILLWATER — The Cowboys had a lead and, against a recent trend, they not only held it but expanded it.

Oklahoma State thumped Tulsa 82-56 on Friday in Gallagher-Iba Arena. After a slow start the Cowboys poured it on and looked as good as they have all season. Here are five thoughts from the game.

Blown leads have been the story of OSU’s season thus far, even in the Cowboys’ recent win against DePaul.

Leads of 13, 17 and 18 haven’t been safe this season, but the Cowboys finished Friday, taking a 12-point lead at the half as high as 39 in the second half before Mike Boynton cleared his bench.

Is Tulsa any good? It’s probably too soon to tell. TU is now 2-4 on the young season. But beating the bricks off a team you’re expected to beat the bricks off feels like a step in the right direction.

“It’s been, obviously, something we’ve talked about,” Boynton said. “We watch the same games. We’ve talked about, ‘How do we become the best versions of ourselves?’ We have to identify issues. We have to own them. And then we gotta go out there and be intentional about fixing the issues. Tonight they were pretty intentional and executed well in terms of extending the lead from one media timeout to the next — and really all the way to the very last two or three minutes we had done that throughout the half. So I was pleased in that regard.”

This thing started ugly, though.

OSU got down 6-0 and didn’t score for the first 5:31 of the game. Seven of the Cowboys’ first 10 shots were 3-pointers, not great considering the Cowboys have proven to be, at best, a streaky 3-point shooting team, but then things started changing.

The Cowboys started working inside-out instead of outside-in. Layups and dunks were commonplace. Over a five-minute stretch midway through the first half, OSU went on an 18-8 run with 14 of those Cowboy points coming on either dunks or layups. Moussa Cisse and Tyreek Smith each had a pair of dunks in that stretch.

Then that started opening up the 3-point line, leading to OSU hitting 33% of its 3s in the game,

“That was the game plan going in,” Boynton said. “We thought we had a size advantage. We did miss a couple closer in. KB [Kalib Boone] missed his first shot right there at the rim. We missed an offensive rebound. And sometimes the perimeter guys start to feel like, ‘OK, we gave them a chance.’ And that’s not really it. Just stick with it. The truth is, and we told our guys this in the game, our bigs are pretty unselfish guys. They put a lot of work in helping our guards, whether it’s screening for them, offensive rebounding for them, blocking shots when they get beat off the dribble. Those guys need to feel like they’re a part of it.

“And the amplified truth to the matter is we’re better when we play inside-out. We get better 3s when we drive into the paint or throw it into the post. We just gotta make a more conscious effort to play that way consistently.”

I’ve never really looked at Chris Harris as a point guard. Even in high school, he was able to stay off the ball, deferring to Tyrese Maxey (now with the Philadelphia 76ers). But he was a menace slashing to the rim and dumping off passes for dunks Friday.

He had a career-high four assists against the Golden Hurricane. His first two assists ended in dunks. Harris also finished with five points, three rebounds and a steal. He was also a team-best plus-25 in plus/minus while playing only 21 minutes.

With Avery Anderson on the bench in the first half with foul trouble, Harris seamlessly stepped in and kept things flowing.

“He has the ability [to facilitate] because he’s smart,” Boynton said. “I don’t know what a traditional point guard is anymore. I’m retired, so I guess us old guys, there’s not many of us anymore. He’s in a point guard’s body, but he’s a shooter. But he knows how to play, so that gives him the ability, if he’s out there with other playmakers to do both. And tonight he just made really good decisions for the most part. For us, we need — if Avery is in foul trouble and John-Mike doesn’t have it, BT [Bryce Thompson] was in scoring mode today — so we need somebody else to kind of settle us down, and he was able to do that tonight.”

Freshman Quion Williams had his best game of the season Friday night, playing particularly well in the first half.

He finished with six points, seven rebounds, an assist and a steal in 18 minutes on the floor. He was creating his own breaks, flying to the offensive glass for tip-ins. Nothing seemed forced.

It isn’t that he has played poorly before Friday, but he has just looked like a freshman. The energy that we heard about through the preseason was on display against Tulsa.

The Cowboys’ Black Friday deal of $1 tickets provided the best crowd of the young season — even with the students on break.

There were 9,856 people in GIA. This is what my view looked like at the start of the second half:

So, no, not financially as viable, but it sure as heck makes things more fun.

“I enjoyed the energy in the building,” Boynton. “I hope that many of those people also show out for our football team tomorrow for senior day. I’m certainly willing to do whatever we can to help continue to have those type of environments. I think it’s good. It help, there’s no question about it. Our fans, they’re knowledgeable.

“I think the lack of our program’s sustained success kind of wore on people, so I get it. But the truth is, if we want to become the program that people used to feel such an affinity for, then everybody’s got a part in that. I’m not here to tell people how to spend their money. It’s not what I do. I get it’s hard to come to a game sometimes, but all the best programs in the country that succeed, they have consistently good crowds. I got no doubt that we’ll get back there. We have to do our part. We have to give them a product that they want to see, and we have to have players out there that they want to watch. That’s on me and my staff, but once we do that, we need them to take us over the top.”