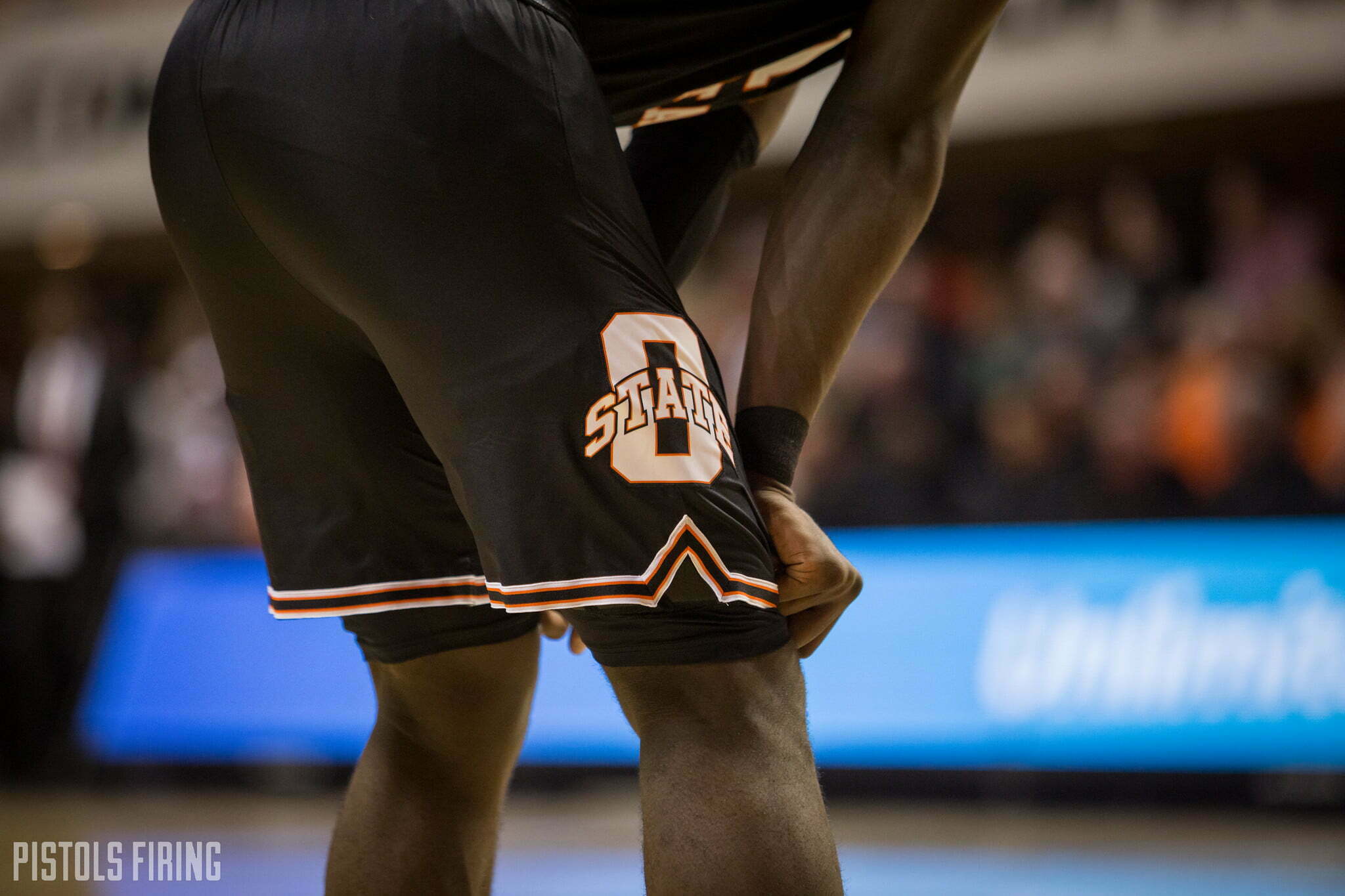 After an emotional and exclamatory win on Saturday over No. 1 Baylor, Kansas, the new No. 1 in college basketball as of Monday morning, was in line Monday night for a letdown spot. After all, why would the top-ranked team in college hoops be motivated to come out focused and firing at home against a barely .500 OSU team?

The Jayhawks blasted Oklahoma State 83-58 in what was the real-life version of the stop-stop-he’s-already-dead Simpsons GIF. It was 35-25 at half, advantage Jayhawks, before they up and exploded for 48 second-half points. It felt over pretty early before it felt downright ugly as KU used a 16-5 run out of the gate in the second half that effectively put the game away. Here’s Marshall’s recap, and below are my five thoughts from …. whatever it was I just watched.

This is the ctrl + c, ctrl + v point in basically every five thoughts since Boynton took over, but man was this hard to watch. First off, credit where it’s due: Kansas is legitimately great on defense. No. 1 in the country in adjusted efficiency, elite at protecting the rim and forcing steals … yada yada yada. It’s still pretty disheartening to watch OSU look like doodoo for 40 minutes on offense, trying and failing to score from the paint, from the 3 … from anywhere, and to no avail.

OSU was a double-digit dog and trailing basically the entirety, why not try and Moreyball it, shoot 50 3s and just see what happens? Either way, it was pretty atrocious all the way around. After making just 10 field goals in the first half, OSU made … 10 field goals in the second half. I am personally offended I had to watch that!

2. Laying groundwork for the future

So here’s the deal: we can kind of punt on this year. Maybe OSU goes to the NIT, which, cool, but everything from here out is about preparing for the Cade Campaign in 2020. It just is.

And let me be the first to inject some optimism. I’m dubious about how Cade and Ice fit together in the same backcourt, but Kalib Boone is making strides and looks ready for a big 2020, Avery Anderson and Ice are bulldog defenders, Yor’s a great center fielder on defense … the pieces for next year (on paper) look decent. In this game, I’m pleased with all the future pieces of OSU’s 2021 national title-winning team getting a good amount of run in an environment like Allen Fieldhouse. The game was ugly but the experience in those moments are going to pay dividends, and hopefully sooner rather than later.

3. No shame in a KU smackdown

I watch a lot of hoops, and I can tell you one thing: Kansas is the best team I’ve watched all season. Maybe not the most athletic. Maybe not the most NBA players. But its cohesion defensively, its inside-out combo with Dotson and Azubuike — that team is legitimately great.

I’m not breaking any news here — they are No. 1 in the country after beating the No. 1 team in the country on the road Saturday — but it is a minor consolation for getting ran off the floor on Big Monday. We could look up in a few weeks here and be referring to Kansas as the No. 1 team in the rankings and the final team standing when the NCAA Tournament shakes all the way out.

Another ctrl + c, ctrl + v point, but still relevant! When your sharpshooter, Thomas Dziagwa, is 1-of-6, and no player has more than one make from distance, you’ve got a problem. A real one. Come next year, shooters will make or break how good (or bad) OSU will be — because with Cade, spacing the floor will be key. If OSU doesn’t take a ton of 3s and misses them when they chunk ’em, 2020-21 could be just as long as 2019-20 has been.

Another bullet point on the no offense argument: the ball doesn’t move. Here’s a tidbit from Marshall’s recap that stuck with me:

Kansas has one of the best defenses in the country, and OSU’s struggling offense was no match for it. OSU recorded only eight assists on the night with Anei and Kalib Boone, the Cowboys’ centers, having a team-high two apiece.

Eight assists! All night! KU had double that on Monday, and five players by themselves had eight or more assists on Saturday.