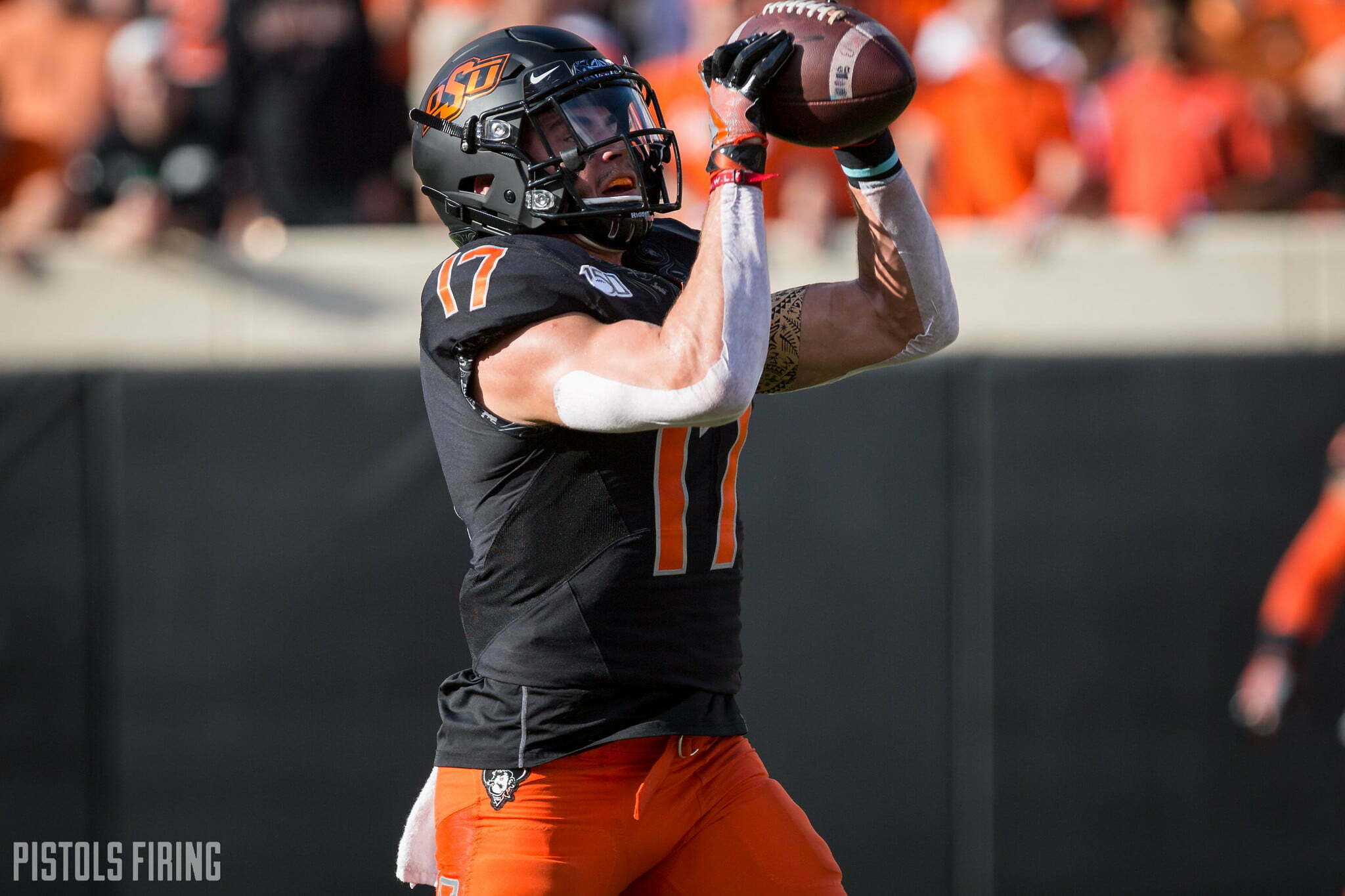 Oklahoma State gets Texas A&M in the Texas Bowl two days after Christmas in a throwback (“throwback”) to their Big 12 days together. A&M is (understandably) a 4-point favorite in the game, but OSU comes in having won four of five with their only losses since September coming to two NY6 teams and (INEXPLICABLY!) Texas Tech.

A&M, meanwhile, rolls in having lost all five games this season to top-eight opponents at the time they played them (Clemson, Auburn, Alabama, LSU and Georgia). They also played three (!!) No. 1 teams this year.

Tonight marks the third time this season Texas A&M has played the No. 1 team in the country in the AP poll.
Week 2: Clemson
Week 6: Bama
LSU tonight.
Crazy.

So here we are, a place where neither fan base probably wanted to be before the season started (but also both would have gladly taken at various points throughout 2019!). Here are my five thoughts on a Texas Bowl matchup against the Aggies in late December.

My favorite topic. After going 9-4 last year, A&M’s would seem to point down and OSU’s — after going 6-6 last year — would seem to point up. But not all 7-5 seasons are created equal, and A&M’s murderer’s row of a schedule combined with OSU possibly losing two of their three best offensive players going into 2020 with no viable replacements on deck gives me pause about which team is on the upward swing and which is on the way back down.

A tough pill for both sets of fans to swallow probably, but likely tougher for A&M. They want to be good so badly it’s almost painful to watch. And despite one of the toughest schedules in the country this year, 7-5 is still 7-5.

Jimbo and Gundy have more than earned their current salaries, but it’s not often you see 10 figures of salaries yukking it up at midfield before the Texas Bowl in late December.

Gundy said he “expects” Chuba to play against A&M, which, sure, I expect my kids to obey when I ask them to do something. Doesn’t mean it’s going to happen. I would be stunned if we ever see 30 in orange (or black or white) again, which is unfortunate because it probably means OSU has no real shot at beating A&M if their big three is either Sanders-Brown-Stoner or, gulp, Brown^2-Stoner.

I lived in Sherwood park for less than half my life! How are you gonna tell me how I lived? Sorry my family doesn’t make 6 figures 😂🤷🏽‍♂️ we will soon though! https://t.co/x82zl9alUv

I think Sanders is probably going to play — if he’s healthy, he should to get 2020 experience — but the inverse of what happened in Bedlam could be true in this game. A&M won’t have to worry as much about RB1 if Chu sits, and Sanders’ legs will be cut out from underneath him (metaphorically speaking).

The level to which A&M despises the Big 12 despite not having actual success in the Big 12 absolutely delights me. A&M went 37-44 in their last 10 years in the league. That’s not good. Thirty-seven wins for 10 years is nearly an Iowa Stateian number.

And it’s not like they’ve burned it down in the SEC either. I get the schedule, but they’ve won 10 games one time since ejecting from this inferior conference. I don’t normally get into the conference pride stuff, but I’m definitely going to let it flow over the next few weeks.

I don’t really believe in it year over year. It sounds nice, and it’s easy to categorize. But what OSU did against Missouri in the Liberty Bowl has no bearing on what it did against Texas Tech in Lubbock earlier this season. Bowl momentum is real only when it comes to recruiting and only when you’re playing in a bowl at a high enough level (NY6 etc.) for it to pack some punch with future players.

I think this bowl game — like most bowl games — stands alone as a nice opportunity to do what OSU has done the last four times in a row: Beat Texas A&M in a college football game.