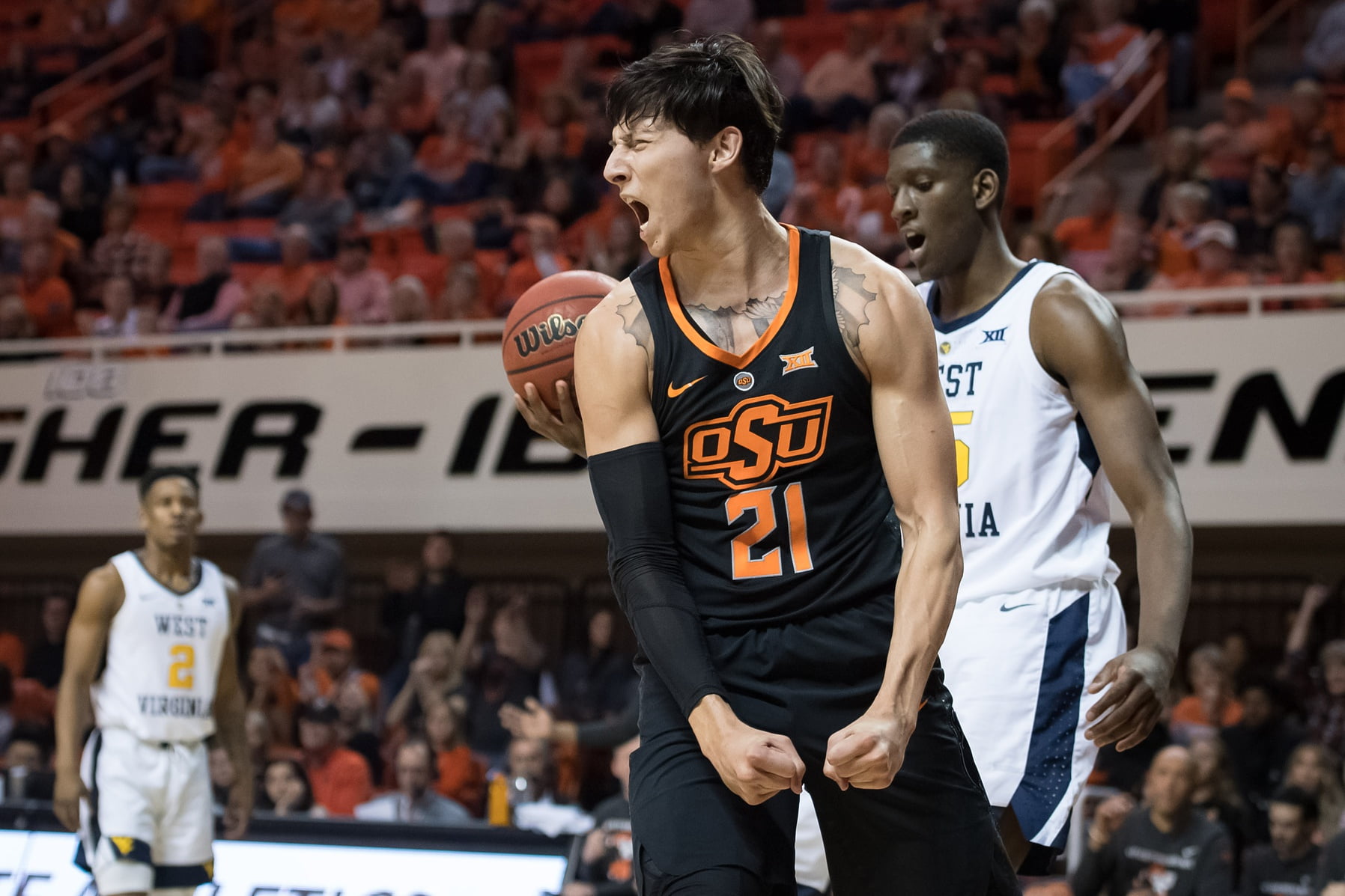 For the first time since early January, the Cowboys have won back-to-back games.

The Oklahoma State basketball team defeated West Virginia 85-77 on Saturday to secure a ninth-place finish in the Big 12. It’s the second straight season the Cowboys disproved the preseason coaches poll’s notion that OSU was the worst team in the conference.

Here are five thoughts from the Cowboys’ 12th win of the season.

1. Dikembe Mutombo Checks Under His Bed for Yor Anei

Against Baylor on Wednesday, Yor Anei broke OSU’s freshman record for blocks in a season. End of story, right?

Not even close. Anei stuffed eight shots Saturday, breaking the OSU’s single-game freshman record of 6, a record he tied twice already this season. Anei didn’t stop there, though, as he also scored 16 points on 78-percent shooting and had six rebounds. He accomplished all of that even with some first-half foul trouble, so he played only 26 minutes.

Anei has 78 blocks this season, the third most in a season in school history behind Andre Williams’ 85 in his senior season and Joe Atkinson’s 80 as a junior. Anei has a good shot of at least passing Atkinson in the Big 12 Tournament.

His eight-block performance is tied for the second most in a game in school history. Atkinson blocked 10 shots against New Orleans as a senior, and Williams blocked eight against Wichita State as a senior.

When Anei makes a play on one end, it seems to give him a stat boost on the other. The Cowboys are a team that likes to run, so a disruption like a shot block sends the Cowboys streaming down the floor. Likewise, if Anei gets a bucket, his confidence seems off the charts on defense resulting in a swat.

Anei has been up and down at times this season, but here near the end he has also built consistency, as he has recorded 18 blocks in the Pokes’ past three games. When Anei came to OSU as a three-star recruit, he was expected to contribute to the Cowboys’ youthful front court, but he has straight taken over games as of late.

2. Anei vs. Culver For Life

I’m not sure how long the Big 12 will hold onto its Derek Culver vs. Yor Anei matchup, but I could watch it every week.

Anei and Culver, each freshman, put up ridiculous performances Saturday.

Culver is a legitimate NBA prospect at this point, and Anei is blossoming into the same. Culver has about 30 pounds on Anei, but Anei makes up for that with his ridiculous length and defensive abilities.

It’s probably unlikely, as the NBA will gobble up at least Culver before too long, but if this is what these two are going to do against each other as freshmen I physically couldn’t handle them squaring off in GIA in 2023.

Six Cowboys played more than 10 minutes Saturday, and five of those Pokes scored in double figures.

Don’t feel too bad for the one who didn’t, Isaac Likekele, as he scored eight points and dished a career-high nine assists. The Cowboys’ shooters struggled in Waco on Wednesday, going 5-for-29 from 3-point range. It took only 10 3-point attempts to get five makes against West Virginia, and the Pokes finished the game 11-for-24.

With a rotation of six core guys, the Cowboys can use the scoring from wherever they can get it. It was another solid game for sixth-man Curtis Jones, who led OSU with 13 points at the half where he was 4-for-6 from 3. Anei took the lead in the second half, scoring 12 points off 71-percent field-goal shooting.

On a normal night, seeing Jones and Anei lead the Cowboys in each half might mean something went wrong with Lindy Waters, Thomas Dziagwa and Cam McGriff, but those three still combined for 48 points against the Mountaineers. That could be a scary thing to face in the Big 12 Tournament.

Stuff like this isn’t supposed to happen in last-place games:

This game was a fun one from start to finish, the opposite of what could happen when two teams with little hope of playing past next week match up with each other. It was obvious neither team wanted to finish last, and it led to some quality basketball.

It’s a testament to how tough the Big 12 is that these two teams with plenty of fight left finished at the bottom of the standings.

The “one game at a time” cliche is legitimately what the Cowboys have from here on out.

With Saturday’s win, OSU will play TCU in the eight/nine matchup at 6 p.m. Wednesday in Kansas City. If the Cowboys win that, they’ll match up with first seeded Kansas State. Baylor and Iowa State are the other two teams that will be on the Cowboys’ side of the bracket.

The Pokes have beaten TCU and Baylor. Their games against Iowa State were respectable, but OSU was routed each time it faced K-State. To play past next week, the Cowboys need the win four straight games in Kansas City, an unlikely task for most teams but a task much more unlikely for a team with a six-man rotation.

Is it possible? Sure. The Cowboys would’ve probably preferred Texas Tech be the one seed, considering the Pokes took the Red Raiders to overtime a few weeks ago, but because of Tech and K-State’s head-to-head records against Baylor, K-State will get the one seed with a tie against Tech.