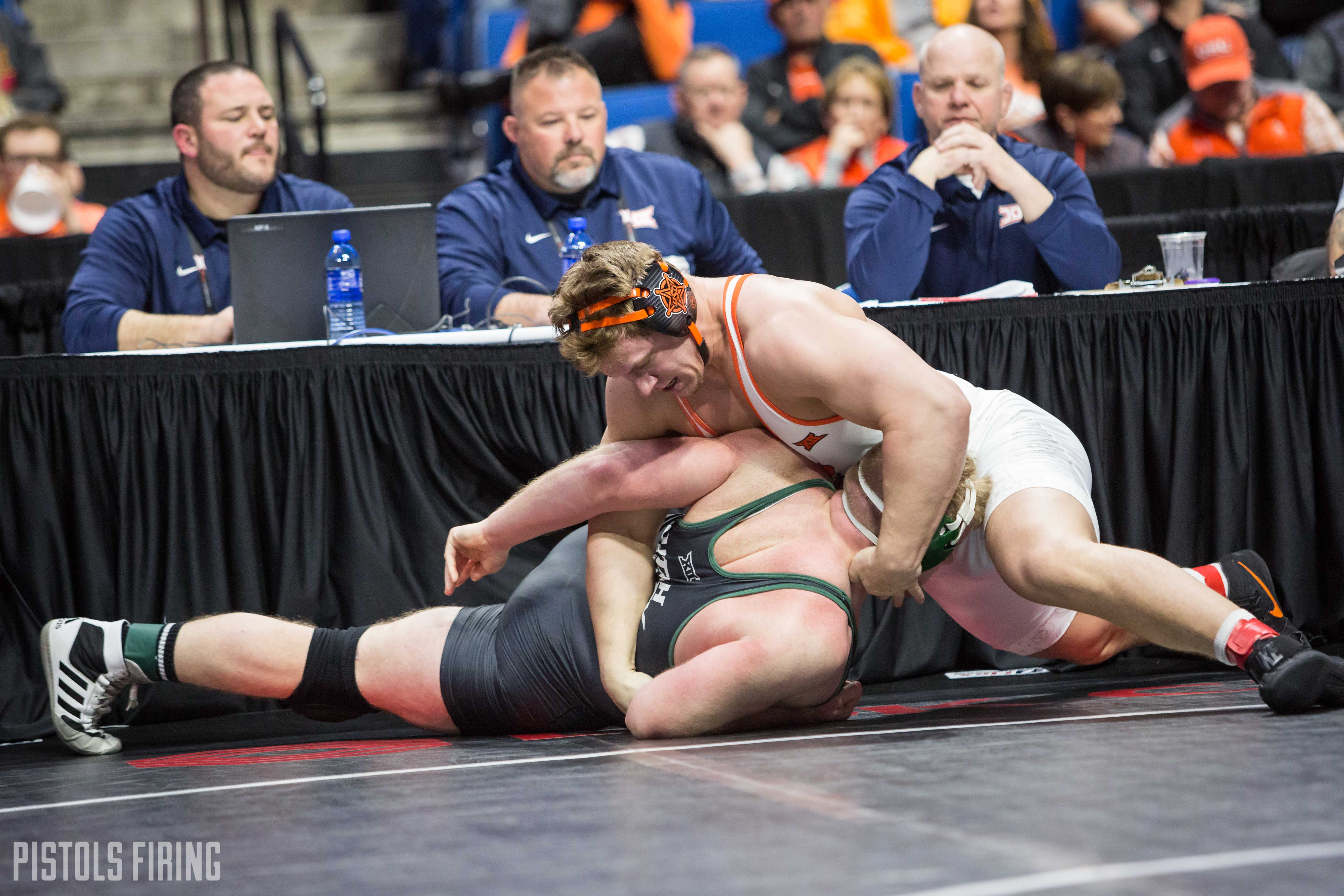 Here are my five thoughts on the weekend.

1. The younger guys in the program know how to grind out matches

Daton Fix and Kaden Gfeller both won titles here as freshmen. Daton Fix is a known commodity in wrestling and at Oklahoma State. He wrestles at the toughest weight in the country and a pretty tough weight in the Big 12. He’s shown a definite ability to win close matches against top end competition and did it here. That’s all Kaden Gfeller does. The guy has some of the most exciting matches of any wrestler I’ve ever seen.

Wyatt Sheets did not win the conference to secure his automatic NCAA tournament bid. He’s another guy with a lot of time left in the program though and certainly showed fight, which is something you really want to see in guys that are coming up in the program.

OSU needs its rivals in wrestling to be relevant. They need more atmospheres like we saw in the Iowa dual more often. They don’t get that when their traditional rivals aren’t good. Iowa State is there and they’re early in their rebuild. Kevin Dresser is making them relevant again and if they continue that trend, they could push OSU for conference titles and in duals. As long as that’s happening because they’re improving and not because OSU is slipping, that’s not a bad thing.

Both Weigel and Smith were hobbled at last years NCAA tournament, and we haven’t been able to see much of what either of these guys can truly do this season. Jacobe has been wrestling at another weight and Weigel has been hurt. They both looked very good this weekend. If they get the right seeds either may make a strong run.

4. NCAA tournament seeding will be interesting

Gable Steveson fell in the finals of the Big 10 tournament giving Derek White a very real claim to the 1 seed at heavyweight. Daton Fix has a pretty good shot at the 1 seed at 133 as the only unbeaten wrestler at that weight, Stevan Micic, injury defaulted out of the Big Ten tournament and Daton has beaten all the other top contenders at that weight. Nick Piccininni is undefeated, but so is one other wrestler at his weight. How will both Smith’s, Weigel, and Geer be viewed wrestling at new weight classes? All of it creates a lot of intrigue leading up to the release of the brackets.

Look at these guys. This should be the only advertisement needed for its strength training program.