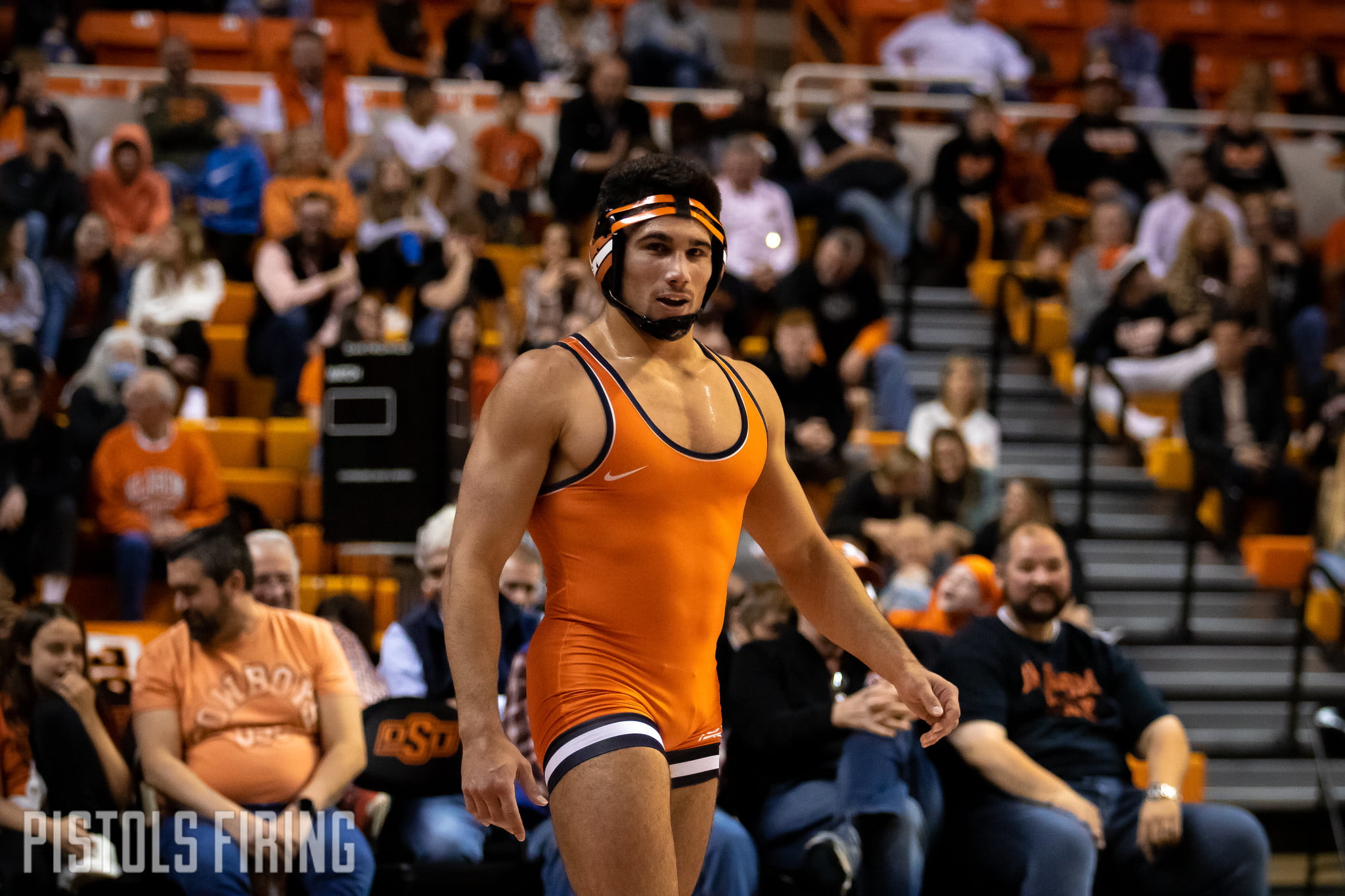 Wednesday was a pretty wild day. It was officially announced that AJ Ferrari and Oklahoma State University were parting ways and that Ferrari was under investigation for an alleged sexual assault. More has come out regarding the situation, but I thought I’d share a few things that I know about the situation and how it’s all played out.

1. I was told he was officially off the team on July 1

If you look at the timeline of events here’s how things played out.

The official release from OSU and news surrounding this came out July 13. Sources told me that he was “removed from the roster” on July 1. Admittedly, that sounds a little strange given the timing of the alleged sexual assault event and the subsequent chain following it. But that’s the date I was given, and it was from sources that have pretty consistently been straightforward with me on a lot of things during my time writing about Oklahoma State. Why no release, announcement, etc. came out until a week later? I’m not sure.

2. There was a pretty long list of stuff that built up to this

Any of the fans that follow closely have seen some of AJ’s antics and his ways of doing things. He’s been a lightning rod for controversy to this point, even before the news on Wednesday. Though the timing of his dismissal from the team mentioned above seems somewhat unique, there were definitely a lot of things going on behind the scenes that built up to this.

Stories of controversies within the locker room with other wrestlers, problems in school and a lot more, all swirled after Ferrari’s accident last season. Before officially putting this out a source told me an “accumulation of issues” led to this and it was not necessarily directly tied to the sexual assault allegations.

I’ve really been unsure how to handle any writing about this. I’m a wrestling writer, not an investigative journalist, lawyer or trained victim advocate. So I don’t fully know what can and can’t or even should be spoken/written about on something like this, and I certainly don’t want to negatively impact the legal situation surrounding this or the individuals involved. But I did obtain a copy of the report surrounding the alleged sexual assault. It is difficult to read. There’s obviously always the presumption of innocence until proven guilty in our legal system, but it’s difficult to stomach her description of the events. Very unsettling.

4. Ferrari is denying the event via his attorney

There’s obviously two sides to things like this and more will likely come out as the legal process plays out, but this is from Ferrari via his attorney Derek Chance.

5. It will be interesting to see where OSU goes from here

Regardless of the way this thing is ending between Ferrari and OSU, he was a good wrestler. So there will be some obvious changes in the lineup next season and moving forward for the program. I’ll explore some of that in the coming days.