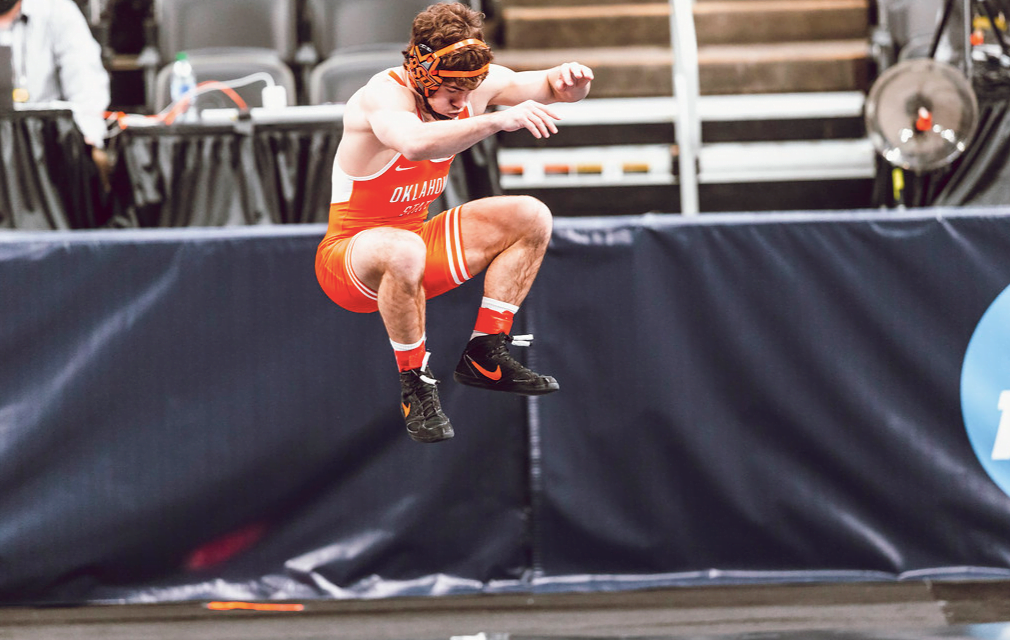 One former and two current Cowboy wrestlers took to the mats in Fort Worth at the Olympic Wrestling Trials this weekend. Daton Fix came in as the No. 2 seed at 57 KG, Jordan Oliver got the No. 3 seed at 65 KG, and AJ Ferrari landed the No. 6 seed at 97 KG.

Oliver kicked things off with a fairly comfortable decision over recent NCAA champion Nick Lee, then met up with Yianni Diakomihalis in the semifinals. Oliver trained with Diakomihalis at Cornell and in their most recent matchup fell to him.

Here, Yianni got up early and Oliver was down 4-1 at one point. Oliver got a takedown then with about six seconds left, got in on a shot and got Yianni’s leg up in the air. Oliver got a pushout point to go up 4-4 on criteria. Oliver fended off the last few shots from Yianni and held on to make the finals.

By virtue of an upset by Joey McKenna over Zain Retherford, Oliver will face McKenna in a best of three final tomorrow for the 65 KG spot. Interestingly, the US has not qualified the weight for the Olympics, so JO may still have some work to do if he wins tomorrow.

Fix won his first match at 57 KG with a quick tech fall over Sean Russell then met up with Vitali Arujau in the semifinals. Fix was down 6-0 at one point, then stormed back into the match and was down 6-5 with just a few seconds left. He nearly finished a takedown late, but after a challenge from his corner it was confirmed that he did not and Fix fell 7-5 to move to the consolation bracket.

AJ Ferrari opened things up with NCAA champion Mike Macchiavello. He fell 3-1. He will wrestle on the consolation side on Saturday morning.