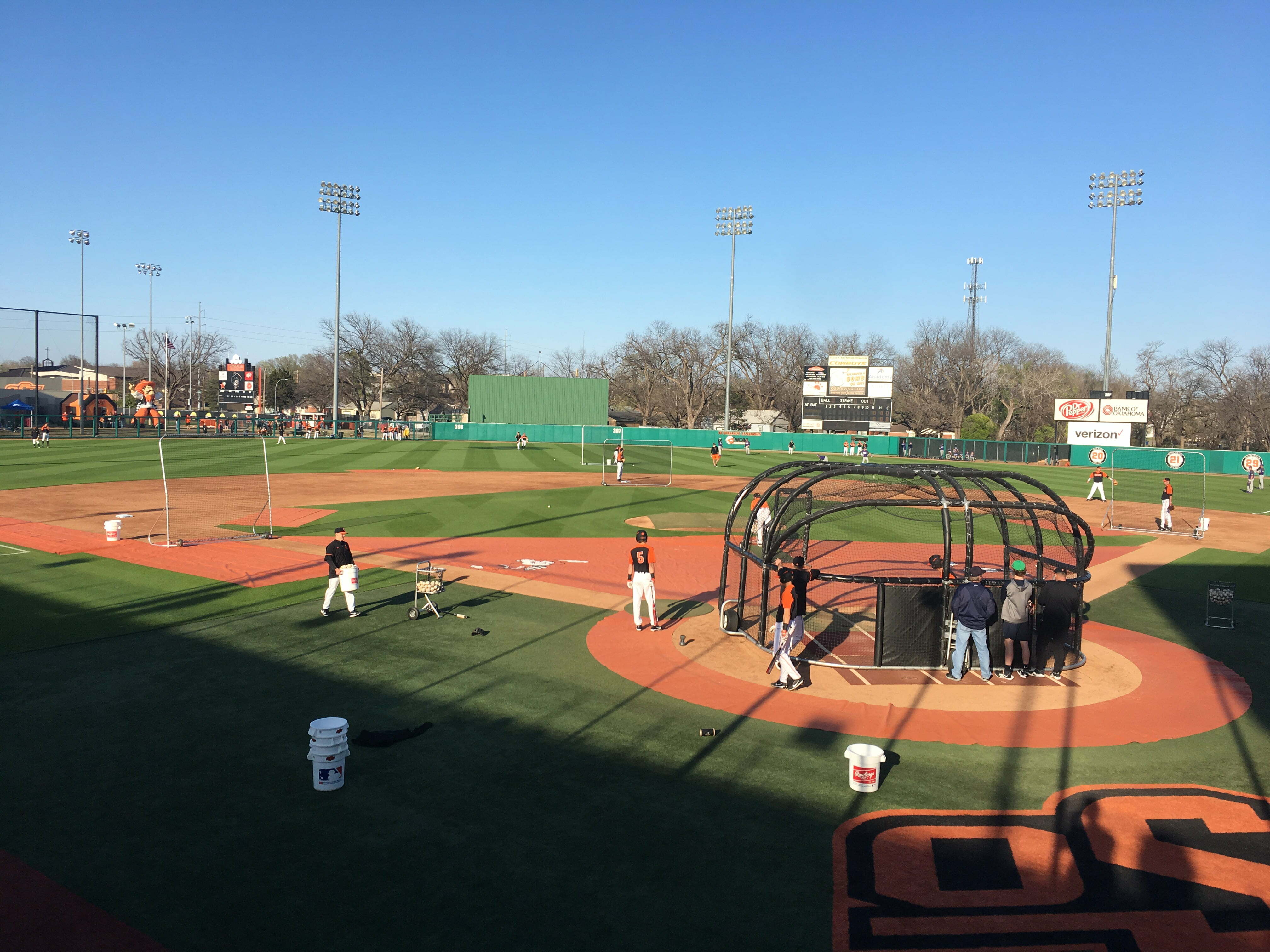 The announcement of Oklahoma State’s new baseball stadium came with a wave of hope and optimism, but Friday’s display of fandom and community at Allie P. Reynolds Stadium should be a reminder to enjoy the present while we await the future.

Although the game didn’t start until 8 p.m., 2,224 fans flooded Allie P. for OSU’s Big 12 home opener. Orange and black filled the seats and bleachers, but fans also spread to other areas of the storied ballpark, which opened in 1981, to watch the Cowboys defeat the Horned Frogs 7-6 in 11 innings.

Coach Josh Holliday compared it to their 18-inning victory against Texas in 2015.

“The folks that were still here at the end of that game, that’s really special,” Holliday said. “It’s that kind of feeling of loyalty that really makes you feel cared for. When fans feel that way, you can’t help but want to deliver for them. We appreciate that a great deal.”

A tailgate for the conference home opener began at 5, and the game didn’t end until about 1 a.m.

The atmosphere was a prime example of why fans should be so excited for their new, state-of-the-art stadium set to open in 2020. The type of energy exhibited Friday will only be amplified when folks rally around the excitement of a new stadium.

But as the debut of Oklahoma State University Baseball Stadium nears, fans should take the time to soak in the perks and sights that good ol’ Allie P. has to offer. She turns 37 April 4, but she won’t live to host 40 years of OSU baseball, as next season will mark the last before the new stadium opens in 2020.

Orange Power Alley, the area beyond the fence in left-center field that hosted the aforementioned tailgate, provided additional camaraderie and nostalgia that might only be available here in Stillwater.

There was a bounce house, an inflatable Pistol Pete and even an OSU-themed fire pit with all the materials needed to make s’mores and hot dogs. A group of about 15 obnoxious fans stood on the bed of a black truck just outside center field, shouting obscenities to the Horned Frogs’ outfielders as they attempted to catch fly balls. Beer remains relatively new inside the confines of Allie P., and there was a Dirty Curty cart that brought a taste of The Strip to the ballpark. 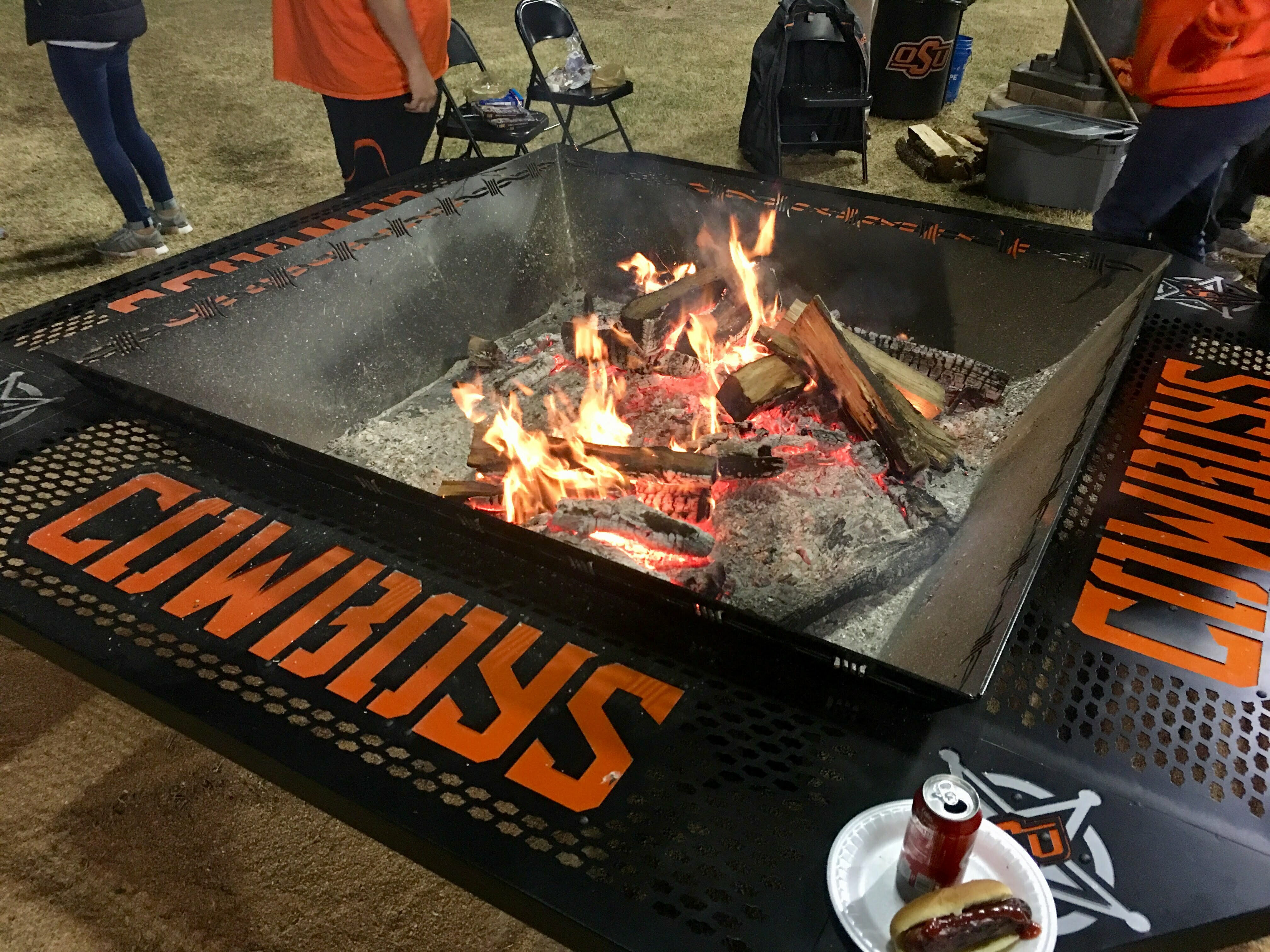 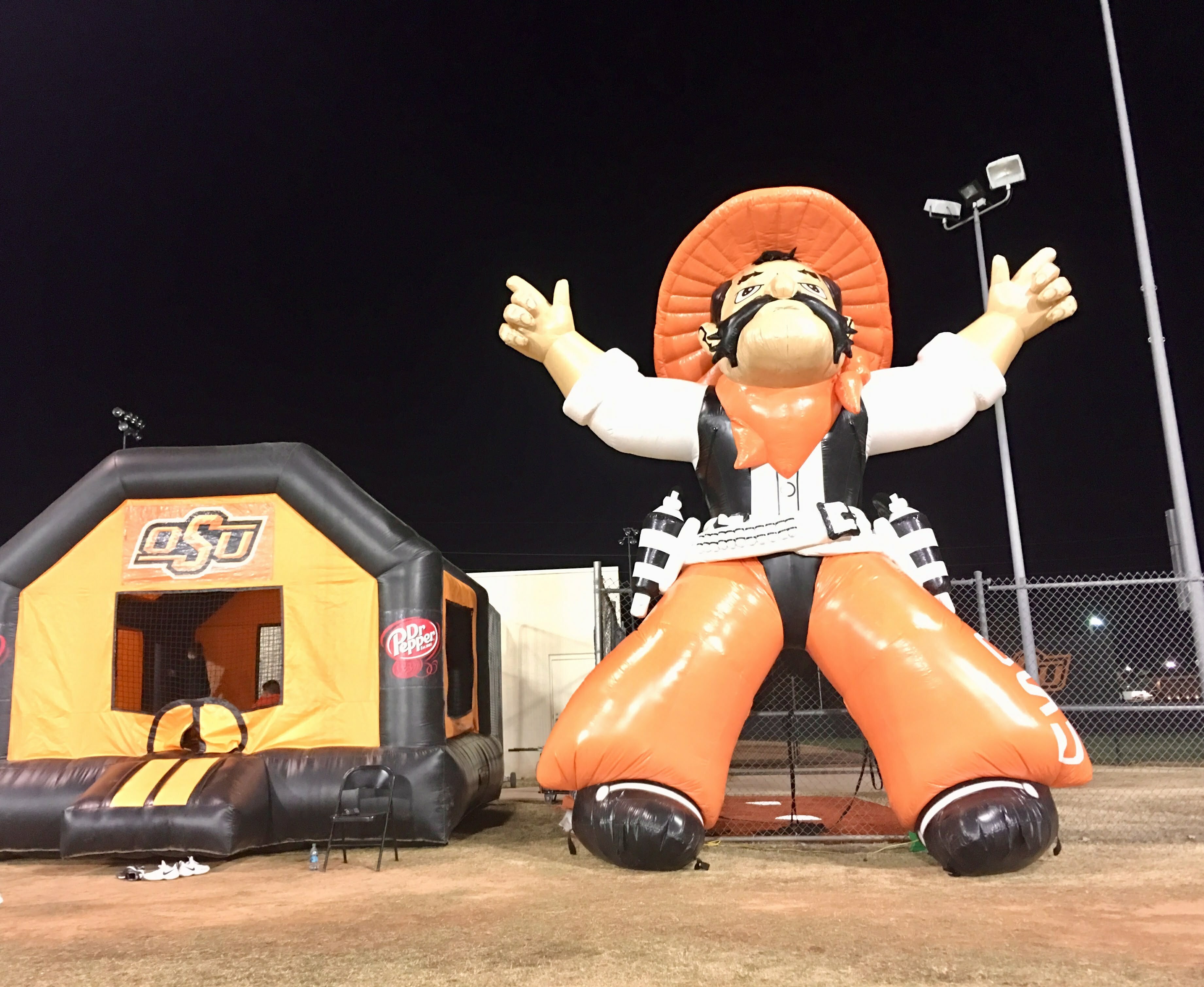 All of this, and perhaps more, will be available at the new stadium, but as OSU coach Josh Holliday said during Thursday’s press conference, Allie P. won’t be forgotten.

Personally, I hadn’t come to a game in this stadium until this season. I had spent only two years at OSU before this season started and hadn’t gotten the opportunity to cover baseball until I joined PFB. I know I could have gone as a fan, but as someone who didn’t grow up with any allegiances to OSU, it just wasn’t something that drew much of my interest.

Allie P. means more to most of you than it means to me because it isn’t a part of my upbringing and hasn’t played a vital role in my sports fandom (I’m more of a basketball and football guy).

With that being said, I’m definitely going to absorb what I can from this venue before I graduate in May. I greatly look forward to returning one day and seeing the new stadium, but I’ll also fondly remember the games I attended in Allie. P.

I hope all of you remember, too.