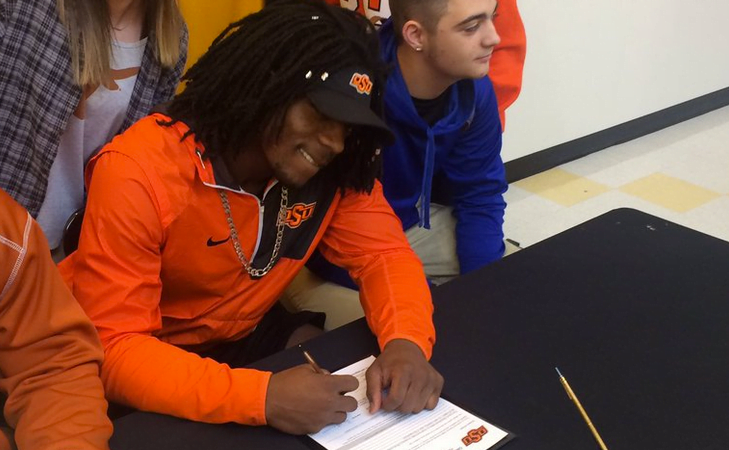 Several Oklahoma State early enrollees signed their financial aid agreements today in the signing period — both junior college prospects and high school seniors. Here’s a quick roundup of who the Cowboys are expecting to be on campus early.

Vaughn is the 2017 recruit who had been committed to OSU the longest of the bunch. He is an outside linebacker/safety who will likely see time at the STAR linebacker position for OSU.

Macon was a late addition who committed earlier this week. And he made it official by signing his financial aid agreement.

Macon is an inside linebacker prospect who hails from junior college, and should help solidify the middle of the defense in the huge void that was left by Seth Jacobs after last year.

Hambright is the other junior college prospect from Garden City Community College, and he made it official Wednesday. He won an NJCAA national championship with GCCC, and at 6-foot-5, 300 pounds, he should be able to come in and contribute immediately at left tackle with Victor Salako’s departure.

As of now, Oklahoma State is still expecting 2017 quarterback Jelani Woods to sign and enroll early with the Cowboys, although an announcement has not been made.