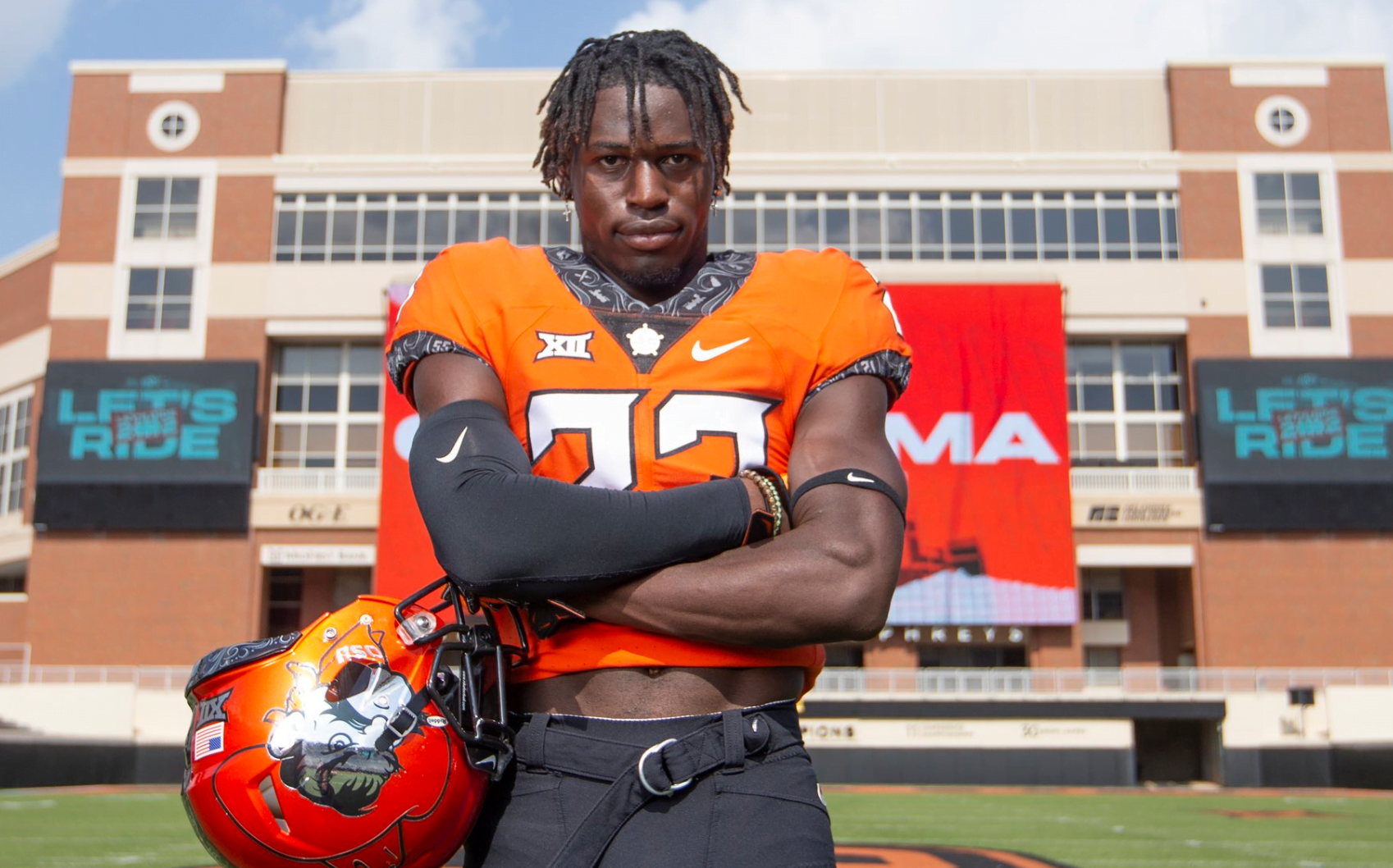 CJ Brown on an OSU visit. (Via his Twitter)

Oklahoma State has lost plenty this week to the transfer portal and now it appears even more players — two, to be exact, both of whom were four-star signees from last year’s class — are no longer with the football program as the hits continued.

According to reports from both 247Sports and The Oklahoman on Wednesday, four-star RB signee CJ Brown from Beggs, Oklahoma, and four-star offensive line signee Tyrone Webber from New Mexico Military Institute are no longer part of the program. Neither, it appears, are transferring to play elsewhere, though neither are reportedly continuing on with the Cowboys.

Both were listed on the online roster as of Wednesday afternoon.

Brown was one of two four-star running back signees in the 2022 class and the third-highest ranked signee in the 20-man class. He did not appear in a game this season.

Webber, also a four-star recruit who signed with OSU as the No. 4 prospect from the junior college ranks, participated in four games according to OSU’s online database. But the listed 6-foot-3, 300-pound tackle was never able to carve out a significant role even in a struggling offensive line unit.

OSU so far has been able to retain three of its six four-star signees from the 2022 signing class but, of course, that also means that half of the four-star recruits it signed are no longer with the program. Webber and Brown join former four-star athlete Braylin Presley in leaving the program, though Presley is in the portal and expected to draw significant interest elsewhere.