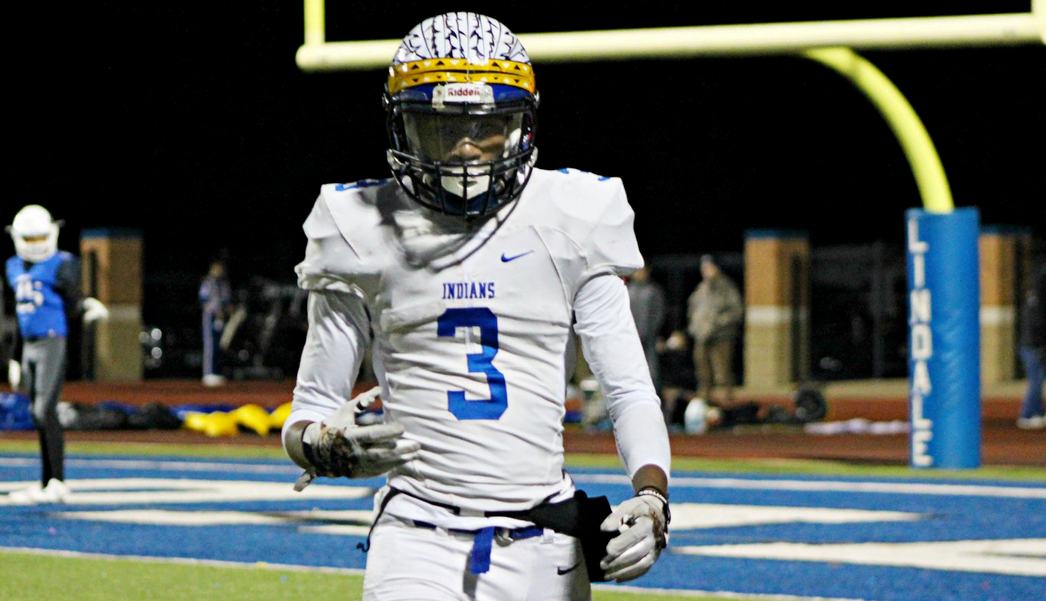 After weeks of inactivity on the recruiting trail at the wide receiver position, OSU made two offers on Tuesday — one to Midlothian product Jay Wilkerson and another to Jacksonville (Texas) star Chris Carpenter.

I wrote about Wilkerson here but Carpenter is perhaps the more intriguing prospect because of the path he’s taken to becoming a big-name recruit. In late November, after his junior season, he picked up his first offer from North Texas. In the weeks that followed, Lamar, Louisiana-Monroe, Arkansas State and Virginia offered. Not exactly a murderers’ row of bluebloods.

So on Feb. 11, he committed to North Texas, presumably with the idea that his profile as a next-level player was at the low Division I level. Then things changed. Ten days later, Memphis offered. A month later, Southern Miss offered. Then Oregon, Arizona State and Houston joined in. By end of March, he had a dozen offers and decided to decommit from UNT to explore other options. In the past week alone, OSU and Arkansas have offered.

At 5-11, 170, Carpenter isn’t your typical receiver recruit, nor did he blow up statistically last season in a way that would foreshadow his sudden rise. But his versatility — he rushed for 255 yards and caught 31 balls for 501 yards last season — along with his speed and shiftiness, speaks volumes about what he could eventually become as a feature player. Turn on the tape and you see a twitchy speedster who can get up field in a hurry playing both at defensive back and receiver.

OSU does not yet have a commitment at receiver in the 2020 class, but the position isn’t a major priority in the cycle overall. There are no senior scholarship players at the position going in to 2019, and perhaps only one potential loss to brace for if Tylan Wallace forgoes his senior year and turns pro after the upcoming season.

OSU’s 2020 class to this point is heavy on defense and linemen. Of the seven commitments, three are either offensive or defensive front men and the other four project as either defensive backs or linebackers.