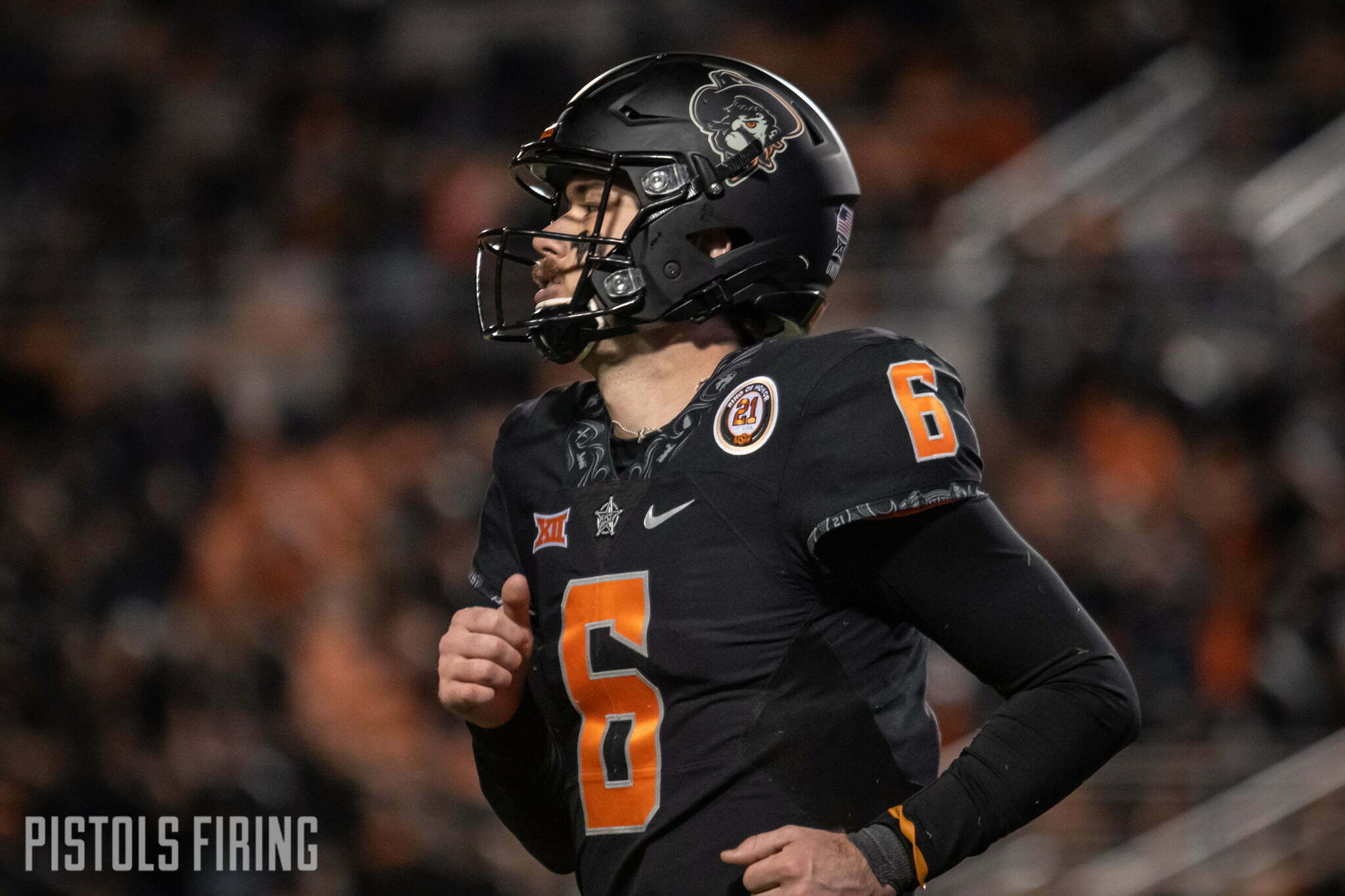 Ethan Bullock still has a year of eligibility remaining because of the pandemic, but when Oklahoma State released its spring roster earlier this year, Bullock wasn’t on it.

Bullock appeared in the transfer portal Wednesday, according to 247Sports’ Cody Nagel. Bullock was with the Cowboys for only two seasons, completing 13 passes for 90 yards.

Bullock had a rough first impression with the OSU fanbase when he came in for an injured Spencer Sanders in the Cowboys’ 2020 season opener. Four-star freshman Shane Illingworth was suited up, but he had missed a lot practice because of contact tracing, meaning the staff felt more comfortable giving Bullock first dibs at being QB2. Against the Golden Hurricane, Bullock went 8-for-13 for 41 yards. He threw an interception and was sacked four times. He eventually got the hook, and Illingworth led the Cowboys to a comeback victory.

“Bullock had a few things happen to him that weren’t really his fault,” OSU coach Mike Gundy said after the game. “But it got to a point where we were just kinda stale, and I felt like we needed a change.”

As a redshirt senior in 2021, Bullock got some mop-up duty against Kansas and TCU, completing two passes for 16 yards.

He started his college career at South Dakota State, but went the junior college route after a redshirt year. At City College of San Francisco, Bullock threw for 1,468 yards and 15 touchdowns in 2019. One of his games was highlighted on Netflix’s “Last Chance U.”

OSU has four quarterbacks on its spring roster, and two are walk-ons. Redshirt senior Spencer Sanders and true freshman Garret Rangel are the scholarship QBs, but redshirt freshman Gunnar Gundy, Mike Gundy’s son, did have some Division-I offers before he chose to play in his hometown.