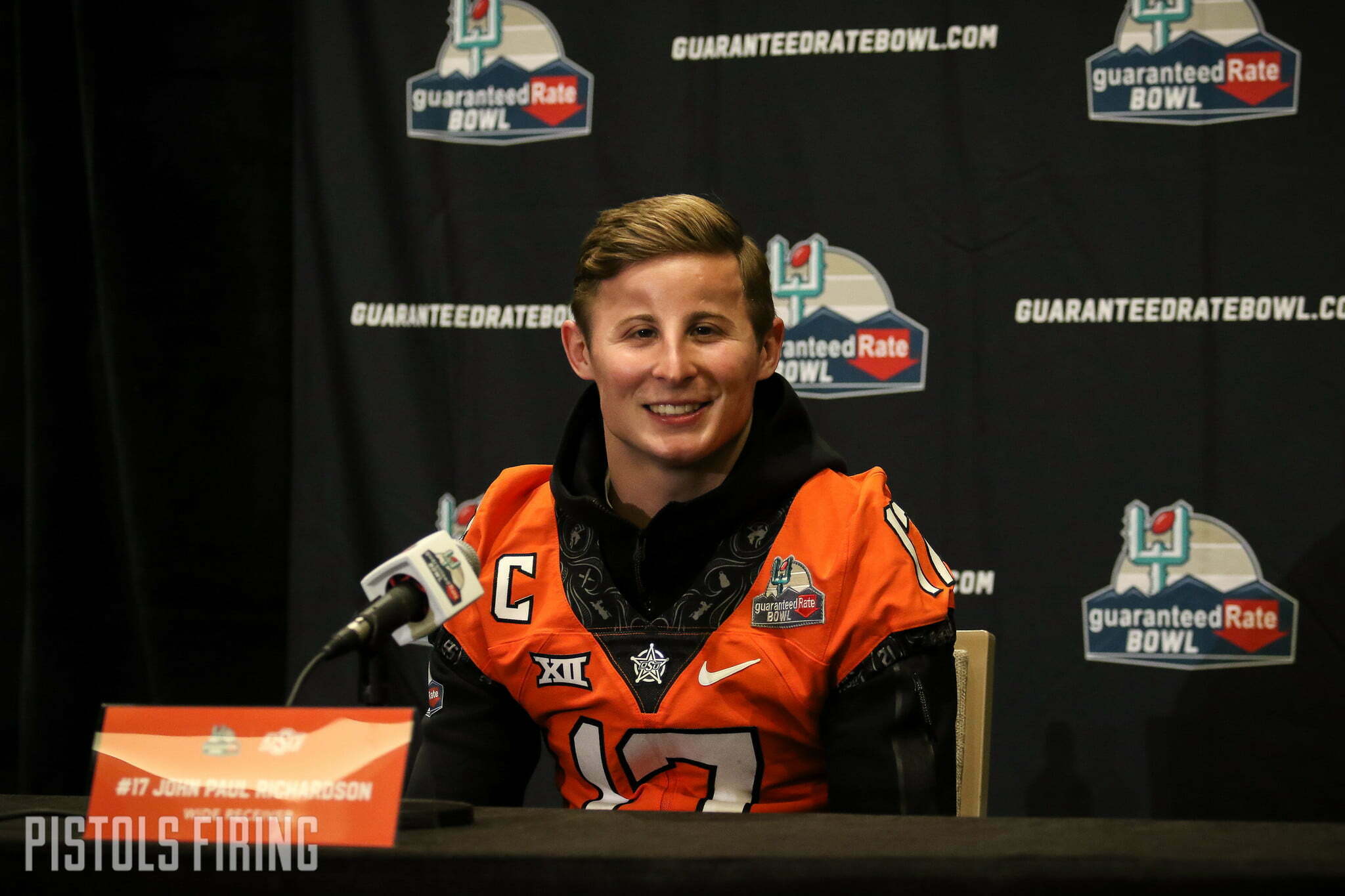 Yet another former Cowboy is landing elsewhere in the Big 12.

In a tweeted statement, Richardson gave plenty of credit to Oklahoma State, his teammates and especially the fans before committing to the CFP Playoff runner-up.

“The fans are absolutely second to none and truly represent what Oklahoma State is all about. Through the ups and downs, y’all had our backs, which gave us a reason to keep fighting each week.”

This comes just eight days after Richardson was reported to enter the transfer portal. Richardson was the Cowboys’ fourth-leading receiver in 2022, racking up 503 yards. His 49 catches and four receiving touchdowns each ranked second on the team.

He is one of six of OSU’s 2022 receivers to leave via the portal. Other than the Cowboys’ top target Brennan Presley, the Pokes leading returning wideout, that has yet to enter the portal, is Rashod Owens who caught six passes for 85 yards.

Richardson joins Trace Ford (Oklahoma), Dominic Richardson (Baylor) and Stephon Johnson Jr. (Houston) as OSU exits that are set to play in the Big 12 next season.