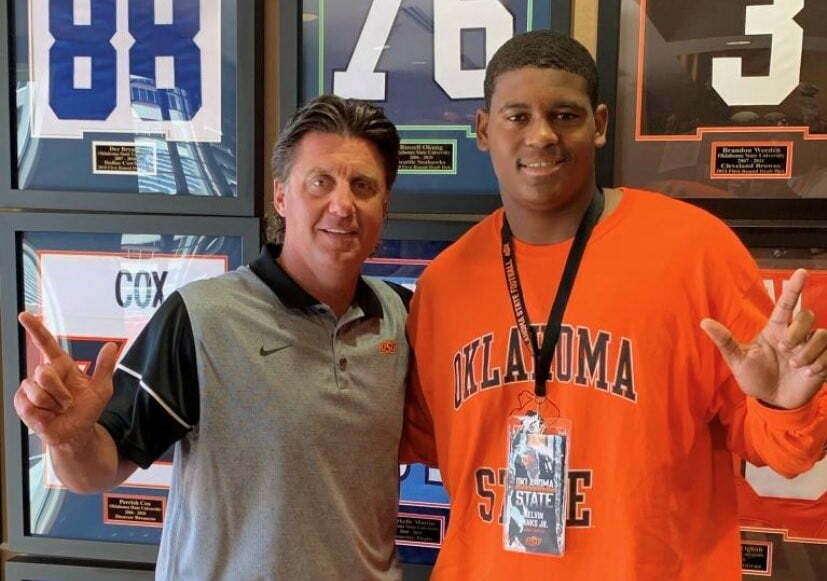 The Cowboys’ best shot at a landing a five-star prospect in the 2022 recruiting class has set a commitment date.

Kelvin Banks, once an Oklahoma State commit, announced via Twitter that he will pick a college program July 24.

Out of Summer Creek High in Humble, Texas, Banks is the No. 15 player in all of the 2022 class. That makes him the No. 2 offensive tackle in the class and the No. 5 player from Texas.

OSU was Banks’ first offer, coming back in May of 2019. He committed to the Cowboys that September, but as his stock started rising, Banks decommitted in July of 2020.

With that said, Banks hasn’t flat forgotten about OSU. The Cowboys made his Top 8 in March, and he took an official visit to Stillwater earlier in June.

His composite score of 0.9910 would make him the highest-rated commit in OSU’s history if he were to pick the Pokes.