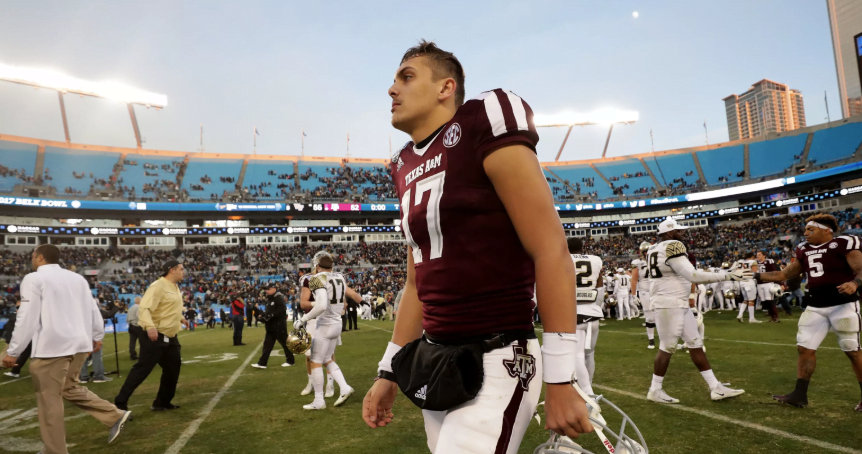 Starkel committed to OSU in early 2015 and decommitted in late 2015, two months out from national signing day. He ultimately committed and signed with Texas A&M, leaving OSU to take QB Keondre Wudtee — who is exploring the transfer market — as well as walk-on QB Nyc Burns.

Starkel was expected to be A&M’s backup next season. He will be a graduate transfer with two years of eligibility remaining, and will be allowed to play immediately because he will have received his undergraduate degree.

It’s hard to say Starkel’s decommitment from OSU is an all-time sliding doors moment for the program — maybe if he goes to OSU, Spencer Sanders never signs, etc. — but given the situation, it’s possible he would have served as a reliable bridge quarterback from Rudolph to the Sanders era. There’s a what-if world in which Starkel could have been primed to be the starting QB at OSU in 2019.

Don’t expect OSU to be interested this time around, though. With Sanders and Brown in tow and freshman Brendan Costello enrolling early, OSU’s depth at the position seems set for the here and now as the staff aims to work its former Gatorade Texas Player of the Year into a feature role after a season spent on the sideline.